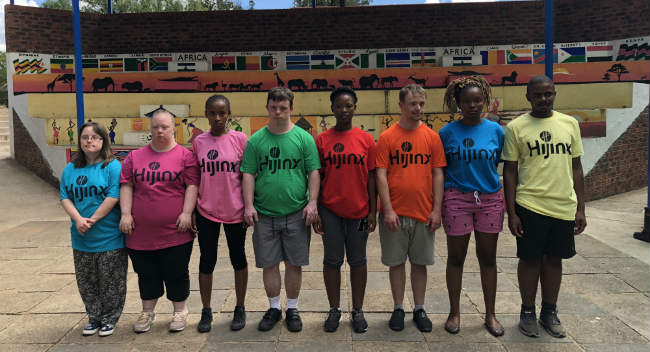 Inclusive theatre performances coordinated in Wales have been held across five locations in Lesotho, southern Africa, in the run up to World Down Syndrome Awareness Day on Wednesday 21 March.

Children with disabilities including learning disabilities are still often considered 'cursed' with 'contagious diseases' by some in parts of Africa and elsewhere.

A 'cultural share' took place between performance groups from Wales and Lesotho this month to break down some common misconceptions.

Performances were held across five locations throughout Lesotho, a tiny country landlocked within South Africa.

Venues included the Mamohato Children’s Centre run by Sentebale – set up by Prince Seeiso and Prince Harry. Here, the production was performed for staff from their disability department and the rest of the organisation who were undergoing disability awareness focus training.

Hijinx, an award-winning theatre company, supported a group of learning disabled actors and staff to tour a performance project called Able to Act.

Victoria said: “I have a disability and the trip to Lesotho has taught me that it’s important to share it with people”.

They partnered with four local drama students from the Machabeng International College to create a totally new piece of theatre, which was initially developed in the Hijinx Academies across Wales.

One the local theatre students, who acted in the performance piece said: “I’ve learnt to be more compassionate and accepting of people with disabilities, there is such a need for this project to continue in Lesotho and also start in other countries too.”