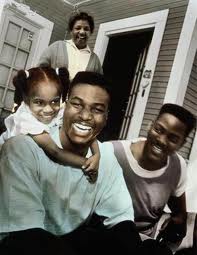 Too many people with autism in black, Asian and minority ethnic communities are missing out on vital support, says Simon Shaw from the National Autistic Society:

Families of all backgrounds and ethnicities living with autism commonly struggle to access a diagnosis and support, but the National Autistic Society’s (NAS) recent Diverse Perspectives report showed that language and cultural differences among people from black, Asian and minority ethnic (BAME) communities can create additional barriers.

Ethnicity should never be an obstacle to accessing the right support, which can often be a lifeline for individuals and families affected by autism. A coordinated effort from decision makers, service providers and faith and community groups would go a long way to ensuring that the needs of families from BAME communities are met.

We first started our investigation into the challenges faced by families living with autism in BAME communities in 2012, after concluding that they had been underrepresented in a nationwide survey we carried out earlier that year.

So we approached organisations and individuals working with families affected by autism within BAME communities in England to learn about their needs and experiences. With their help, we set up 13 focus groups involving about 130 parents, siblings, carers and adults with autism.

Their opinions form the basis of Diverse Perspectives. The findings reinforce previous research that showed most families affected by autism struggle to get a diagnosis, access the services they need and integrate their child within their local community, whatever their ethnicity. But they also suggest that certain additional challenges are more prevalent within BAME communities.

Some of these challenges relate to the communities themselves while others stem from poor access to services. While tight-knit communities can be an important source of support for people, many families told us they had experienced hostile or judgmental attitudes.

For instance, some parents said people made assumptions that their child’s behaviour was due to bad parenting, or that their disability was unnatural or could be ‘cured’. For many families, these problems are rooted in the low awareness of autism and a lack of understanding of traditional child development within their community.

This can make it harder for parents to spot the signs of autism and know where to look for support. Families also reported feelings of isolation, blame and shame due to a stigma that surrounds autism in certain communities and families.

Some parents said they felt unwelcome in public places, including shops, on transport, places of worship and libraries and they sometimes felt pressured to hide their child away and isolate themselves socially. Others struggled to acknowledge that someone had autism in their family, or kept the diagnosis quiet because of a cultural belief that family difficulties should remain private and not be discussed outside of the home.

In cases where informal support networks fail, the importance of support from public services is even greater. But our report found that services are often inaccessible for people who don’t speak English as a first language as information and resources are often only available in English and translation services are not common enough.

Families also told us they had problems dealing with professionals who in some cases demonstrated low levels of autism awareness and a lack of cultural competence, which led to misunderstandings with parents and carers. Others suggested that people from BAME communities actively avoided contact with support and services because they were wary of professionals and public bodies.

There was a general perception among the families we talked to that poor experiences with professionals have discouraged them from accessing services and led to further isolation. Based on our findings, we issued a series of recommendations to decision makers suggesting ways they can better meet the needs of families affected by autism in BAME communities.

We’re asking the government to fund more research to develop a robust evidence base for how local authorities and clinical commissioning groups (CCGs) can best commission autism services that meet the needs of different communities.

Government, health services and local authorities should also monitor diagnosis and service provision for people from BAME communities and support awareness of autism through faith community leaders and community groups.

Different communities have their own specific needs so it’s important that local authorities and CCGs consult individual families when commissioning autism services. They must also ensure service providers’ information on autism is readily available in appropriate languages and that these services are promoted in BAME communities.

Autism is a lifelong condition, but with early diagnosis, improved awareness and smarter commissioning we can support families and help those with autism to reach their full potential.

You can download the Diverse Perspectives report and read the full recommendations by visiting www.autism.org.uk
email this article
...