A visit to the theatre may seem unproblematic. But, for people with mental health needs, learning disabilities, and autism, this seemingly simple joy can become more distressing than enjoyable. 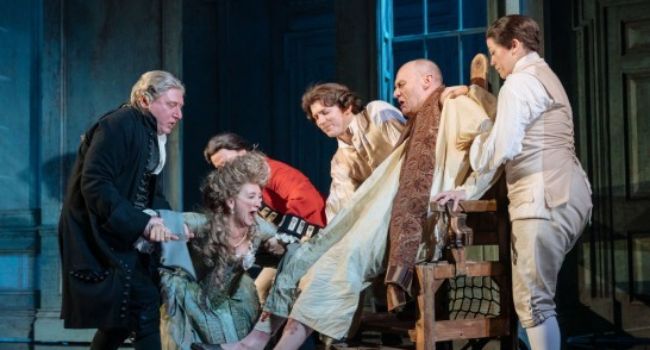 Perhaps jump scares are traumatic for someone with Post-Traumatic Stress Disorder (PTSD); being in a near-constant state of hyper-arousal means they may be easily startled. Or, an autistic or learning disabled person may find the influx of bright lights, smells, and loud noises to be overwhelming.

"The arts can play an important role in improving the quality of life for those with mental health issues", says Lord Victor Adebowale.

Discrimination at cultural events - dragged out for laughing "too loudly"

Earlier this year Tamsin Parker, an artist and animator, was forcibly dragged out of a British Film Institute (BFI) film screening by security guards. Tamsin is autistic and her crime was laughing "too loudly". Serenaded by applause and shouts of "shut up, bitch" and "you're retarded", Tamsin had no time to even grab her bag. Tamsin was hailed a "truly remarkable voice" by women in the autistic community and she was met with an onslaught of online support, even writing a piece about the experience for the Huffington Post.

Whilst the BFI issued a statement of apology, the damage was done. "Autistic people are judged in public all the time", says Tamsin, and that night demonstrated the fine line between quiet judgement and overt discrimination.

This horrific incident brought to light the collective failure of the public to understand individual differences in how people may react to situations.

Having an autistic spectrum disorder, learning disability, or mental health problem should not prohibit someone from enjoying cultural events.

Inclusive theatre productions are becoming increasingly popular, providing experiences that are to be enjoyed by everyone.

They are not meant to pander to the very people who forced Tamsin out of the theatre. Rather, they are designed to provide an environment in which people with particular needs can feel comfortable, safe, and welcomed.

The National Autistic Society draws attention to the potential issues and stressors that a trip to the theatre can bring, as well as the effects this may have upon families: "families are afraid of taking their child in case they upset others, so they tend to not go".

A list of 'known triggers' such as physical violence, abusive behaviour, shouting, strobe lights, bullying, and smoke is given for each individual show, enabling potential audience members to glean an understanding of whether or not the show is appropriate for them. Acknowledging a range of triggers from thematic, to physical, to sensory demonstrates the theatre's commitment to inclusivity; the performances are not just for one "type" of person.

The playhouse also offers 'relaxed performances' of some of their productions "that are more relaxed for all those who benefit from a show where loud noises are reduced, elements of surprise are kept to a minimum, and moving around the auditorium is not a problem". Chill-out areas are available before, during, and after performances, and the house lights are partially switched on throughout. A familiarisation visit is also available if a person, their carer, or loved one feels that it would be beneficial to scope out the surroundings before the show.

The Nottingham Playhouse has also become the latest theatre to sign a commitment to look after the mental health of staff. The pledge is the brainchild of Time To Change, a movement aimed at ending mental health discrimination and stigma.

Not only does the Nottingham Playhouse promote inclusivity through practical means, they are also using theatre to facilitate discussion about mental health problems.

Because 'The Madness Of George III', a play by Alan Bennett, is showing at the theatre until the 24th November, this Saturday (17th November) will see a panel discuss questions surrounding mental health.

How was mental illness understood in the time of King George III? What has changed in attitudes towards mental health and how it is treated since the time of the play? What remains the same and what still needs to change?

Set in Georgian England, the play shines a light on the horrific treatment of the mentally ill in an era which believed in torture as treatment.

Lord Victor Adebowale, the Chief Executive of the health and social care organisation Turning Point, is chairing the discussion. From professionals from the Nottingham Healthcare Trust, to people with lived experience of mental health difficulties, to Time to Change Nottingham, the participants will be varied and diverse, with free tickets being offered to the public.

“I’ve always been myself, even when I was ill. Only now I seem myself. And that’s the important thing", the play's protagonist professes, a statement of self-awareness that will resonate with contemporary audiences. The play is set in the past, yet its candid portrayal of mental illness is of the utmost relevance.

We would like to think that our society has moved away from the barbaric treatment of such vulnerable people. Yet, restraints on adults with learning disabilities rose from 15,000 in 2016 to more than 22,000 in 2017, and 40 learning disabled or autistic people have died in Assessment and Treatment Units (ATUs) in the last 2.5 years.

Initiatives like the Nottingham Playhouse's panel discussion on mental health and their adapted performances confronts stigma head on in the community.

"The arts can play an important role in improving the quality of life for those with mental health issues", says Lord Victor Adebowale. "It helps reinforce the message that mental health is everyone's business - that all of us can contribute towards improving people's wellbeing".

The Madness of George III: Panel Discussion is happening on the 15th November in Nottingham - book a free ticket here.