For the first time, the government has pledged to monitor the number of people with autistic spectrum conditions in employment. 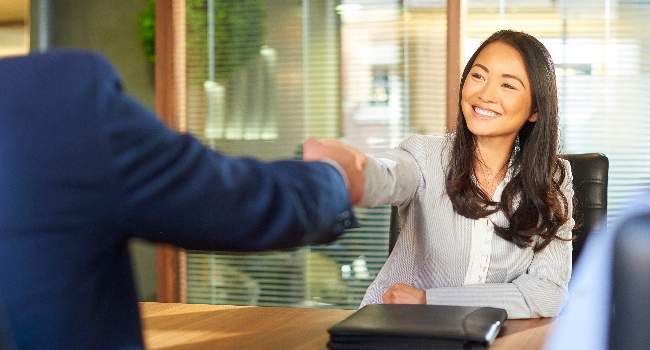 Designed to monitor employment circumstances of the UK population, the Labour Force Survey does not currently keep statistics on numbers of autistic adults in employment. Because of this, the National Autistic Society conducted their own research, publishing a report on the autism employment gap in 2016.

"We use the neurotypical as a normative benchmark for interview success, but this needs to change".

The report called on the government to monitor the numbers of autistic adults in work by routinely collecting and publishing data - and now this will happen.

In a debate held earlier this week in the House of Commons, Justin Tomlinson (Minister of State for Disabled People), pledged to work with the Office for National Statistics to include Autistic Spectrum Conditions in the Labour Force Survey. "I would welcome that, as the Minister for Disabled People, and we are very much on that", he said.

Scottish National Party MP Marion Fellows highlighted some of the barriers faced by autistic people in both employment and the recruitment process. "A variety of factors may impact negatively on their performance, as it might be called, in relation to a neurotypical candidate", says Fellows. From differences in sensory perception to easily misinterpreted interview questions, Fellows draws attention to ways in which autistic people may have different needs to a neurotypical candidate. "We use the neurotypical as a normative benchmark for interview success, but this needs to change".

"We need to stop regarding the autistic and neurotypical ways of thinking as polar and conflicting opposites; they are merely different, with no wrong or right side at play".

"It's shocking that so few autistic people are in work, especially when our research suggests that many can and want to find a job. Only by properly recording the employment rate will Government know that its programmes are working. So it’s vital that the Government sees this intention through and they must then ensure it leads to the right action, including better and specific support for both autistic people and employers, so we can finally close the employment gap.”

Max Green, who is autistic and was the face of the National Autistic Society's Autism Employment Gap campaign, said:

"I'm delighted that one of the campaign’s main calls has been accepted by the Government. I have had the honour to speak with MPs at the Houses of Parliament fighting to achieve this so more autistic people have the same opportunities as everyone else!

"I'm lucky enough to have a good career in IT. But it wasn't always this way. And I know that many autistic people are less fortunate than me and are really struggling to find work. I hope that today's announcement will make them more visible to the Government and help them to improve understanding and support for other people like me.

“I left school without any GCSEs and felt like people would think I have nothing to offer. I managed to get an interview at a phone company but it was a disaster – I didn’t know what to expect and became so overwhelmed with anxiety that I couldn’t speak. I just sat there, shaking and sweating. Luckily, I got another interview soon after. A similar thing happened but they took a chance with me and offered me an apprenticeship.

"It made such a difference knowing someone had faith in me, probably more than anyone will ever know. From that moment I’ve given everything. I think this tenacity is part of my autism. I still face lack of understanding but I continue to campaign because I hope one day we live in a world where it won’t be 16% of autistic adults in full-time work - it will be every autistic person who can. I always say to myself, ‘you’ll never fail, if you keep trying’.”