When a child with a learning disability turns 18, parents can find themselves feeling marginalised as social workers take charge of key decision making at best interest meetings. Things could be set to change next week. 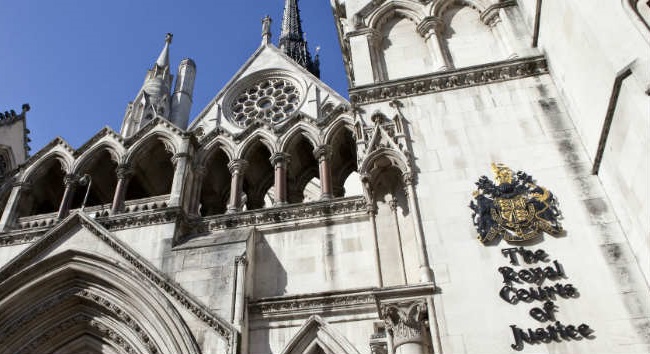 It’s a scenario that leaves parents feeling baffled and dismayed. After caring for a child with a learning disability all their lives when a son or daughter turns 18 professionals are given the power to make decisions on their behalf at “best interest meetings”.

But over three days in the High Court next week a group of three families will attempt to wrestle power away from professionals.

Parents Caroline Hopton, Rosa Monckton and Simon Mottram say they want to end rules under the Mental Capacity Act (MCA) that can see parents shut out of key decisions.

The families say the MCA was designed to protect adults who lose the ability to make decisions for themselves through conditions like dementia.

When parents want to continue being the main decision maker they have to apply to the Court of Protection to become a welfare deputy.

The law says this should happen only in “the most difficult cases”.

The parents hope to get the High Court to rule it is in the best interests of adults with learning disabilities to appoint a deputy from within the close family.

The parents, who have crowdfunded their legal challenge, say this would set a precedent.

Head of policy for Mencap Dan Scorer is supporting the families.

Scorer said people with learning disabilities who lack capacity should not miss out on the opportunity to have a family member act on their behalf when it’s in their best interests.

In a statement he added: “Families can struggle to be appointed to deputyships, which may only be considered as a last resort, for example if their loved one has already experienced poor care as a result of local authorities making decisions on their behalf.

“Access to deputyship should not be limited to only the most complex cases or when failures have occurred — it should be based on what is in the best interests of the person.”

On the families’ crowdjustice page Hopton suggests it was the experience of leaving her 19-year-old son, who has autism and learning disabilities, in the care of the state that convinced her parents should retain their rights.

In his early teens Hopton says she grappled with the hardest decision of her life and put him in care when struggling with the challenges she faced.

But the next four years brought little more than unending anxiety for Hopton after she says he was attacked and suffered “serious unexplained bruising” that led to a police probe.

However, the investigation went nowhere and the case closed with no-one held to account over the injuries. Her son, who has autism and learning disabilities, was moved to a second home, but Hopton insists the experience was no better.

Here, Hopton says her son was exposed to events, that shook her “to the core” and led to a second, and ongoing, investigation.

Speaking earlier this year single mum-of-two Hopton, 56, from Windsor, Berkshire, said: “When our kids turn 18 they’re not 18 in the real sense. In some respects they have the mental capacity of a five-year-old or less.”

She said many parents feel unsure as to whether deputyship is necessary, but her own experience has left her convinced it’s essential.

'The starting point should be the person themselves'

But Series, an expert on the MCA, insists the significance of the case is not that learning disabled adults are like children and decisions should be taken by parents.

Instead, it’s about ensuring they have the right to say who they want to support them and trust to make decisions for them.

Even where someone lacks capacity to make decisions they may well still be able to express their views and it’s usually possible to see who they trust, said Series.

In an email Series wrote: “The starting point should be the person themselves, who they want to support them and who they have strong relationships with.

“That being said, in a lot of cases it will be family members who the person knows and trusts, and who have access to more biographical and personal information.”

In the report learning disabled self-advocates stressed that everyone has the right to make supported decisions.

Being supported to make decisions by someone they trust like family members, doctors and friends was mentioned as having a positive impact on emotion and avoiding discomfort.

This was contrasted with negative experiences with professionals, who may be strangers.

Businesswoman and charity campaigner Monckton, whose 23-year-old daughter Domenica has Down's syndrome, says she has been an advocate for people with learning disabilities for 20 years.

On the CrowdJustice page Monckton says she has received hundreds of emails from parents who have been left feeling “impotent, sidelined and ignored”.

Monckton says she is involved in the case not just for Domenica’s sake, but “all those parents who don't have a voice, yet who are united in the extraordinary love they have for their children and who know, better than any organisation, what is right for them”.

Mottram says his 24-year-old son suffers from severe learning difficulties, epilepsy and anaphylaxis, is non-verbal, hyperactive, and has no concept of danger and little understanding of the world around him.

He says in adult services attempts have been made to reduce support for his son that would have left him at “huge risk”.

Mottram says decision makers for his son in many cases “don’t know” him at all and have “never met him”.

You can visit the Crowdjustice page here

Image: Caroline Hopton, who is one of three parents involved in a High Court fight to ensure families remain in control of decision making when a child with a learning disability who lacks capacity turns 18.