Applications to nursing degree courses have dropped by a third in England in the two years since the removal of the NHS student bursary, resulting in a total decline of 16,580 since March 2016. As of today, there are currently 40,000 NHS vacancies for nurses. 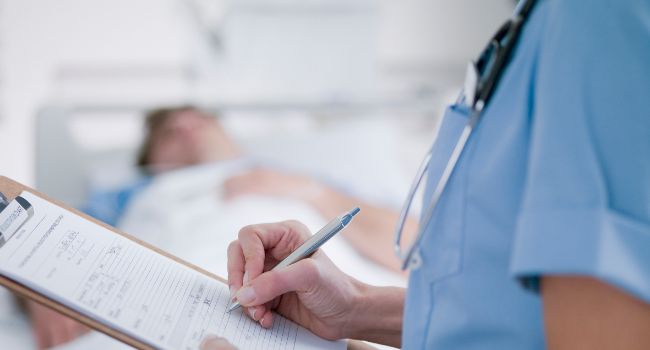 Not only are fewer numbers applying for nursing training courses, but one in three of those who enrol are failing to complete the courses, as revealed by Health Education England last month. The most common reason given for leaving a course before completion was finances, with many concerned that they were not earning enough to maintain their studies. 63% of bursary students surveyed as part of the report said that they would not have applied for the course if the bursary had not been available.

Nurses are essential to the NHS; if we don’t recruit nurses, we have no NHS.

The independent NHS Pay Review Body has warned this expanding workforce gap could persist until 2027 unless immediate action is taken, jeopardising quality patient care for the coming decade. A parliamentary petition driving for nursing bursaries to be reinstated in England has reached 52,000 signatures at the time of writing.

In contrast, nursing and midwifery students in Scotland have received a funding boost as Nicola Sturgeon announced their bursary will rise to £10,000.

Is the bursary really that essential?

Critics of the bursary scheme have pointed to the fact that the bursaries were paid for by the NHS, and that the NHS can no longer afford to bankroll such a program. Nurses who received bursaries were not employees of the NHS, instead they were ‘additional to the workforce’ given Supernumerary status. They were there to learn, not to work, so why should the prospective employer, famously underfunded and financially stretched, pay their tuition when there is no guarantee that the students will complete their training and end up working for the NHS?

Many nurses will counter-argue that this Supernumerary status is at best theoretical, and the cold hard realities of the frontline NHS workforce crisis means hands-on experience is ‘working’ under a different name. So in that case, why should a nursing student pay for hands-on work experience with the NHS?

Some argue that, like fellow university students, nursing students have access to loans that cover their tuition fees and provide them with a living allowance. Anyone who has had a student loan in the 21st century knows that it takes a long time to pay off unless earning a considerable wage. While nursing graduates are virtually guaranteed a job in the sector given the plummeting numbers, the profession is not one famous for its wages. Having higher debts from studying could lead to a future change in the pay expectations of NHS staff.

So is the drop purely down to the withdrawal of the bursary?

It seems most certainly the main contributing factor, as cited by those who fail to complete courses and change their minds about entering the profession. Another possible financial factor is not only that tuition fees are going to be higher this year, but also student loans are charged a higher rate of interest than previous years since September.

It was almost to be expected that rising tuition fees and the removal of the nursing bursary would lead to a drop in applicants, particularly for people who aren’t coming into higher education direct from school. Not all student nurses are school-leavers or graduates in their early twenties. The bursary allowed mature students to afford to enrol on these courses. These mature students tend to lean towards specialties such as learning disability and mental health and there are already universities cancelling LD courses due to a lack of applicants.

London South Bank University saw applications reduce by 75% this year for its BSc Learning Disability Nursing degree. Since May 2010 there has been a 40% drop in numbers of learning disability nurses in England, official figures from NHS Digital show. A survey by the Council of Deans for Health on behalf of Health Education England in May found 46% of universities in England had discussed discontinuing learning disability nursing programmes due to the lack of applications.

‘The nursing shortage in England is harming some of the most vulnerable members of society – those with learning disabilities already face a lower life expectancy and poorer health outcomes than the general population, and a lack of specialist knowledge will make matters worse,’ warned Donna Kinnair, director of nursing, policy, and practice at the Royal College of Nursing.

It’s not the number of applications that determines how many nurses we see graduate. It’s the number that get accepted and then go on to graduate. But if fewer are applying, and fewer still are completing the courses, where are our nurses going to come from?

Already-qualified nurses from other countries seems the most obvious Band-Aid to stem the loss in the immediate term. However, the number of European nurses registering in Britain in 2017/18 dropped 87% compared with 2016/17 figures, according to the consultancy firm Christie & Co. In response, the government has offered more visas to nurses from certain parts of Asia: the number of nurses from the Philippines has risen by 14%, for example, and those from India by 12%.

The government argues that this move away from bursaries will create an additional 10,000 university places by making it more financially rewarding for universities to provide places on nursing courses, ultimately increasing the pool of qualified staff.

It is crucial that we attract people into specialist nursing to ensure that we replace those that will retire in the coming decade - by 2020 nearly half of nursing staff will be eligible for retirement.

Nurses are essential to the NHS; if we don’t recruit nurses, we have no NHS.

Learning disability nurses are an essential way for hospitals to ensure anyone with a learning disability receives the level of care they require and deserve. Those who lack the mental capacity to both articulate their health concerns as well as understand a diagnosis and its subsequent treatment are entirely reliant on those specialist professionals with the necessary training to assist them in factors such as communication, compassion, and a comprehensive recognition of the complexities of living with a learning disability.

For our society and government to rely on the hope that enough people each year will wish to enter into specialist nursing and commit to long-term student debt is too risky a strategy for such a vital element of our national health service. Financially supporting – nay enticing – more to enter the profession appears more a necessity than an option if we are to address and reverse this demonstrable decline.