Every year 1.7 billion people travel by rail*. It’s something which most commuters or holiday-makers don’t usually give a second thought to. But for people with autism, travel can be hell. 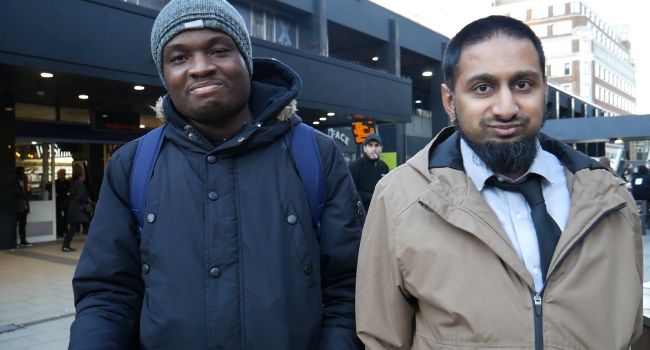 The noise, the delays and cancellations can all be hugely stressful and can sometimes cause meltdowns. Other forms of transport such as air travel or buses are no easier and come with their own problems like long queues or overcrowding. This can cause anxiety and overload the senses, leading people with autism to become reluctant to leave their homes.

“I think independent travel can be better if more staff were trained with autism-awareness. So people will know if one of the passengers is having a bit of a breakdown, is very confused or is lost."

Autism is not a barrier to independence

Rahman Kebbie, 29, and Murtaza Ali, 37, are on the autism spectrum and are supported by the disability charity United Response. The two men have travelled to the busiest of European airports and train stations alone.

“I feel travelling independently is fun,” said Rahman. “You can go wherever you want, you can choose your own journey and it can be very exciting as well. With big cities, there are loads of places to see and there are also loads of things to do.”

Rahman recently travelled from his home in Manchester to London’s busy Euston Station and has also travelled to both Berlin and Paris. "Sometimes independent travel can be stressful if you have had a bad day or if there are too many people around you", he says. "When trains do get delayed, it can be a nightmare.

“Even if you try and ask the staff members, some may be helpful, some won’t. It’s always 50-50. It can affect you emotionally, especially if you’re on the autism spectrum.”

The rise of disabled persons railcards

This shows peoples with disabilities are growing in confidence when it comes to travelling. Many airports and rail providers have also made good progress in training staff to support the needs of those with autism but much work still needs to be done.

Rahman said: “I think independent travel can be better if more staff were trained with autism-awareness. So people will know if one of the passengers is having a bit of a breakdown, is very confused or is lost.

“There are some people on the autism spectrum who do get very overwhelmed and it can be very difficult. There is also a lack of education on autism and many people don’t understand it. I feel it’s very important for staff members to get things right as much as possible.”

Murtaza also travelled from Manchester to London on a train, saying that “it’s easy to travel on the train and they [staff] help you on the train. I think independent travel is straightforward, easy and fun. You can see the scenery on the train route.

“I think there should be well-trained staff and ‘easy read’ information, both on paper and the internet so that people can better plan their journeys in advance.”

Anyone with autism who wants to travel around the UK and internationally can do it, they each say, providing you plan your journey and do your research.

United Response is a top 100 national charity that provides person-centred support to around 3,000 adults and young people with learning disabilities, mental health needs or physical disabilities – including some of the most vulnerable people in the UK.

Some of its support includes travel training which sees specially-trained Job Coaches teach job-hunters with learning disabilities or autism how to get to work places independently. The charity also offers autism awareness training delivered by people on the spectrum.

To learn more about how United Response is striving to help improve the lives of people with disabilities, visit www.unitedresponse.org.uk.