71% of autistic adults in England aren't getting the support they need. This could mean up to 327,000 autistic adults aren’t getting help to do things other people take for granted, like socialising, managing money, or getting out and about. 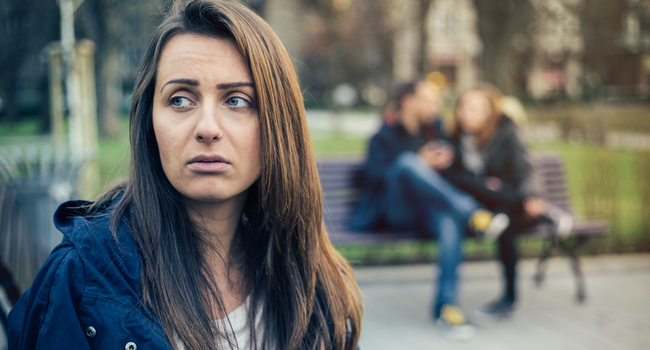 The findings come from an inquiry, published today, by the All Party Parliamentary Group on Autism (APPGA) and the National Autistic Society into the impact of the Autism Act, 10 years after its introduction. A survey of around 11,000 autistic adults and their families in England and evidence sessions in Parliament found that there is simply not enough care, support, and understanding in our society for autistic people.

"It is a constant struggle seeing them become more and more isolated and seeing their mental health deteriorating."

This is having devastating consequences for autistic people: widespread isolation, mental health problems, and people falling into crisis.

Following the inquiry report, the National Autistic Society is launching its 'Not Enough' campaign and calling on the Government to introduce specialist autism support in every council in England and to give councils the money they urgently need to fix the crisis in social care.

The report, published today, is based on an inquiry conducted by the APPGA in 2019. This included:

Autism is a lifelong disability. It is also a spectrum, meaning that each autistic person – and their needs – is different, but all autistic people share difficulties with communication and social interaction. Some autistic people lack mental capacity or might need  24-hour care; other autistic people may need just a few hours of help at home each week, or a social group to stop them becoming isolated. For all autistic people, it’s vital that they get the right support at the right time.

Under the landmark Autism Act, alongside other important laws like the Care Act, autistic people in England are entitled to the care and support they need.​

The report makes a number of recommendations, including calling on the Government to:

1)    Introduce specialist autism support in every council in England

3)    Honour its commitment to launch a fully-funded campaign to improve public understanding of autism.

"Years of underfunding to social care and poor understanding of legal duties has limited the impact of the landmark Autism Act.

"Our joint inquiry with the All Party Parliamentary Group on Autism found that two in three autistic adults don't get the support they need. We heard awful stories of people struggling to get support and then becoming isolated and developing mental health problems, like anxiety and depression.

"Families are trying to plug the gap, but are being left with too much to do and autistic people are ending up needing urgent intensive help. In some of the worse cases, people even end up being sectioned - simply because there's nowhere else to go.

“Autistic people are being left behind. This is simply not good enough. We need specialist autism support in every council in England and immediate investment into the social care system."

"While the Autism Act (which I introduced 10 years ago) has made a difference, there is clearly still more work to do to ensure autistic people can access the support they need to live the lives they want."

Trisha Hackett has been the guardian of Ashley and James, two 28-year-old autistic men, since their parents died. She said:

“I have been looking after Ashley and James since 2007. But their care and support has been reduced over the years. They now live without the appropriate day-to-day help they need. It is a constant struggle seeing them become more and more isolated and seeing their mental health deteriorating.

“Ashley needs help and encouragement with everyday things like washing himself, cooking, shopping, and daily living – especially socialising. But he now only gets 5 ½ hours of support.

“James lives in supported living and needs a lot of help with personal hygiene and eating healthily - he has recently been diagnosed with type 2 diabetes due to poor diet and lack of exercise, which is due to his social isolation. The reduction in his hours over the years means he gets less than half the support he was getting. The local authority do not always understand his individual care needs when completing their reviews, which has led to cuts over the years.

“This concerns me, particularly in respect of their future care needs, health and well-being – and especially if these cuts keep happening. They only have me and, if anything happens to me, I am not sure how they will cope or be cared for and who will act on their behalf.”

The APPGA and the National Autistic Society will use the findings in the inquiry report in their response to the Government’s current review of the national autism strategy for England. The strategy was introduced under the Autism Act, and sets out how autistic adults should be supported by councils and the NHS.

Find out more about the 'Not Enough' campaign and read the full report.