For many, catching a taxi and getting where we need to be is a relatively easy process. However, for those with a learning disability or autism, navigating the world of transport can be difficult, stressful, and even traumatic at times. 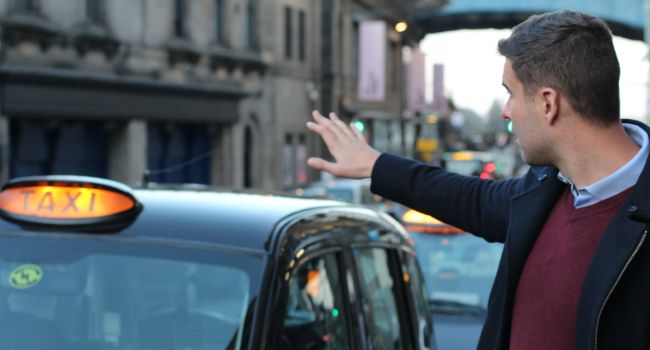 Imagine you’re at home waiting for a taxi. The time that the taxi was scheduled for comes and goes and you find yourself glued to your watch, a sick feeling starting in the pit of your stomach. Finally, a taxi pulls up outside your house, but the taxi driver who is meant to collect you from your door stays sat in his seat... is this your taxi or not?

Again, your mind begins to race but you muster up the courage to step outside your house and approach the taxi. You open the door and say hello, asking if this is your taxi. The driver clearly doesn’t know your name; he nods and signals for you to get in.

Impatient, the driver starts the engine and pulls away from the curb before you’ve even managed to secure the seat-belt, and the momentum launches you against the side of the car. “Ouch!” you cry, not just because it hurt but because you're struggling to contain the fear that’s rising inside you. As you try to relax, you notice that the driver has made a strange turn, straying from your normal route.

The taxi stops to collect a man who gets into the front passenger seat, barely glancing in your direction, and begins talking to the driver in a language you don’t understand. You sit there wishing you could disappear. The man in the passenger seat glances your way and you can't help but feel they’re talking about you. You close your eyes to try and imagine yourself away from the situation.

A phone rings and someone answers – the driver isn’t really using his phone in the car, is he? You open your eyes to see him with one hand on the steering wheel, the other clutching his mobile. By this point, your anxiety is all-consuming.

This scenario flags up some - but by no means all - of the very real issues that people with learning disabilities and autism encounter when travelling by taxi. The information comes first hand from the people affected, who report their experiences at the Learning Disability and Autism Partnership boards held in Milton Keynes and Buckinghamshire. What may be mere annoyances for some passengers, those who think and operate differently may find them distressing.

In March 2018, it was brought to a partnership board’s attention that someone had been charged a surplus fee of £20 to bring their wheelchair on-board a taxi. This entirely unacceptable instance has been reported in subsequent meetings as it is happening recurrently. One individual with a learning disability reported that they had been informed they could report a taxi driver whose service they were unhappy with but that to do so, they would need to note the driver’s identification number: written on a badge worn by the driver. Yet the individual, who suffered from anxiety as well as having a learning disability, feared noting down the number since “the driver will know if I try to get the number”.

According to the government website, all taxi drivers are required by law to be non-discriminatory against people with disabilities, including learning disabilities, and should make reasonable adjustments to their service to accommodate them. Whilst taxi drivers in Buckinghamshire undergo BUDS (Bucks Disability Training), evidently this is not enough. The same issues are persisting; taxi drivers being late, non-communicative, taking longer routes or picking up additional customers/friends, playing loud music or talking on their phone, dropping off at the incorrect location or too early – all actions which can and do cause individuals with learning disabilities or autism unnecessary stress and anxiety. Clearly, more training needs to be given to taxi drivers and companies to raise disability awareness and to ensure journeys are running as smoothly as possible.

Can taxi apps change the game?

Uber and similar transport apps have monopolised the taxi market in recent years; but could these apps revolutionise taxi travel for people with learning disabilities? There are numerous ways in which the use of these apps could eliminate some of the mentioned problems associated with taxi travel. The cashless nature of Uber removes the need for someone with a learning disability to worry about counting out cash, and the price estimate and set pricing means passengers are unlikely to be scammed. A benefit of Uber is that cars are available on demand without having to pre-arrange a ride, plus the individual can track the taxi before it arrives, removing the uncertainty of when the taxi will arrive. Perhaps the biggest potential benefit of using apps such as Uber is the transparency with regards to the driver’s identity and the journey details - this means that if the rider is unhappy with their journey, they can report it or make an inquest into a specific driver. Mytaxi, another taxi app, even allows you to choose favourite drivers, giving people a sense of familiarity and consistency if they would like it.

These benefits were presented to a group of people with learning disabilities at a Talkback Community Engagement Group, who then gave their thoughts on the issue. Whilst acknowledging that apps can be useful, the group identified some practical issues surrounding Uber for them, such as not owning a smartphone or if their care provider pre-arranges taxi rides for them. Furthermore, since Uber drivers are self-employed, Uber do not have to take responsibility for their actions meaning that complaints may not be actioned. One member of the group remarked that he would feel more comfortable speaking to someone to book the taxi rather than doing it through the app, and other members agreed that they liked to get to know the drivers at the taxi company they use.

So the issue remains that for people with a learning disability or autism - taxi travel can be anxiety inducing, highlighting the need for drivers to undergo specific training.

Visit Talkback-uk.com to find out more about Learning Disability and Autism Partnership boards and addressing the issues discussed in this article.