"We face a looming crisis in meeting the unprecedented rise in demand for support from children with special educational needs and disabilities. Parents rightly expect and aspire to see that their child has the best possible education and receives the best possible support." 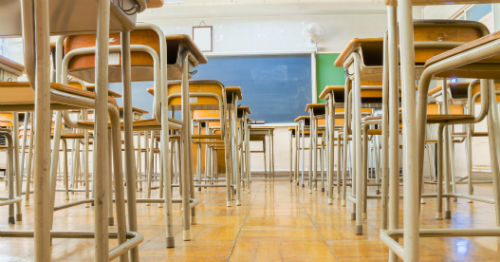 Services in England face a projected shortfall of £536m this year - more than double the gap they faced the previous year. Local councils are struggling to cope with rising demand for support, a survey of 73 councils by the Local Government Association (LGA) found.

The LGA warned that children with SEND could miss out on mainstream education if no action is taken by the Government to provide investment in the Local Government Finance Settlement next month, and argued that the deficit puts at risk the ability of councils to fulfil their statutory duties.

The study indicated that councils have overspent their allocated budgets for children with SEND, known as the "High Needs Block", for the last four years.

Anntoinette Bramble, chairwoman of the LGA's children and young people board, said: “We face a looming crisis in meeting the unprecedented rise in demand for support from children with special educational needs and disabilities. Parents rightly expect and aspire to see that their child has the best possible education and receives the best possible support.

“Councils have pulled out all the stops to try and do this, but are reaching the point where the money is simply not there to keep up with demand. Schools are also being pushed to the brink by the underfunding of SEND, at a time when there is already severe pressure on general schools funding. “

This follows a report earlier in the week that improving schools for children with special needs in East Sussex has run into council funding trouble. Three new hubs for children with special educational needs and disabilities (SEND) opened in Brighton and Hove at the start of September. The eventual plan is to upgrade and extend the buildings once the first phase of setting up the new hubs is completed by the end of July 2020. The schools are designed to support children and young people with complex learning needs, both severe and moderate from age two to 19.

Currently £7.5 million is available but estimates for the cost of improvements to two of the schools put the bill closer to £8 million, according to a report going before a Brighton and Hove City Council committee next week.