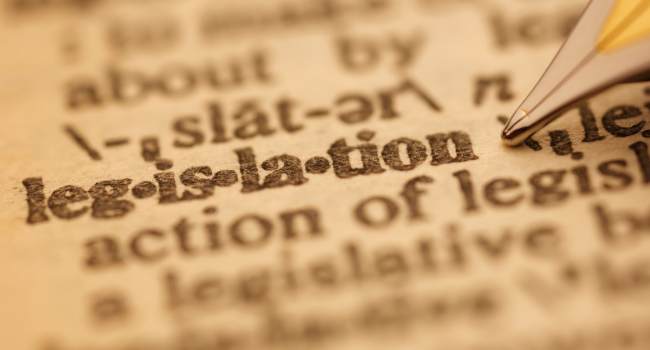 Cross-sector concerns have repeatedly been raised about the Mental Capacity (Amendment) Bill since proposals were introduced last summer. The Bill, which campaigners fear will dilute existing human rights safeguards and give undue power and responsibility to organisations supporting older and disabled people.

"Too many people are already cut off from their family and friends as a result of bannings and restrictions without proper legal safeguards."

Over 100 organisations have written to the Ministers responsible for the legislation calling for a pause in proceedings and proper consultation and discussion with the sector. Unprecedented numbers of human rights and social care professionals argue that the Bill must not become law in in its current form.

Following consideration in the House of Commons, the current stage of the Bill – at "ping pong" – will see the House of Lords debate the Bill in its near final form on 24 April.

Concerns put to government by the sector, and which remain unresolved in the last iteration of the Bill, include:
• People’s individual views and wishes now not being given sufficient weight under the new proposals.
• Care home managers too closely involved in the deprivation of liberty process.
• Insufficient safeguards being fully enshrined in law, including the importance of appropriate and early access to information and advocacy.
• The complexity of the new process and the loss of best interest assessor expertise.
• The time period for the reviews of someone’s liberty has been extended from one to three years
• The financial costs of implementing the new system will fall to care providers in a sector that is already at full stretch following successive funding cuts.
• Too much weight being given to a code of practice which sits outside of the proposed legislation.

Fresh analysis undertaken by a consortium of care provider membership organisations identifies problematic assumptions with government’s own impact assessment that could lead to badly implemented law. This includes additional financial costs being passed onto independent and voluntary sector providers with no comparable diversion of funding away from local authorities.

The Department of Health and Social Care have also confirmed to the Voluntary Organisations Disability Group (VODG) that it will not release evidence of consultation with the sector that informed the departure from the Law Commission’s original recommendations.

“People are currently being deprived of their liberty in health and social care services without the correct authorisations in place. That is plain wrong and should be resolved by funding the existing system to work properly until acceptable new measures can be introduced. Whilst government has driven through legislation to save money we remain committed to all efforts that uphold human rights safeguards.”

“The work of the Relatives & Residents Association works to protect the human rights of older people who use care services. It is clear that these proposals will mean that more people who lack mental capacity will suffer. Depriving people of their liberty by removing independent professional judgments will leave thousands of older people without protection. Too many people are already cut off from their family and friends as a result of bannings and restrictions without proper legal safeguards. The Bill will exacerbate these failings.”