In the wake of the Winterbourne View scandal, charity boss Sir Stephen Bubb authored one of the key reports that urged an end to controversial long-stay hospital care. Here, he tells Darren Devine why the transforming care initiative - designed to move people back into their communities - now seems certain to fall way short of its ambitions. 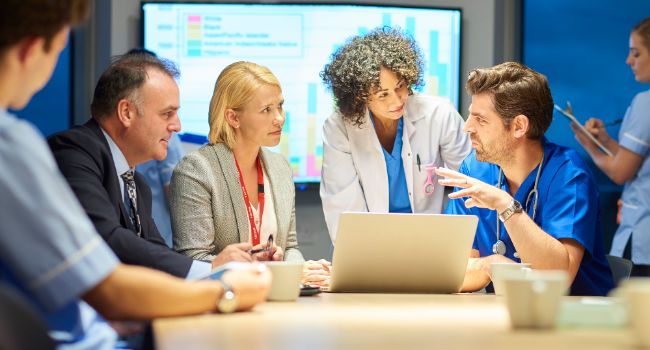 The philanthropist Samuel Gridley Howe, in the mid-19th century, told of the evils of life in an institution. He wrote of how “all such institutions are unnatural, undesirable and very liable to abuse. We should have as few of them as possible, and those few should be kept as small as possible. The human family is the unit of society.”

Transforming care - a call for change

When Sir Stephen Bubb penned his report 'Winterbourne View — Time for Change' in 2014, it was riven through with Howe’s anti-institutional philosophy.  He used Howe’s words in the foreword to his groundbreaking report and called them an “essential truth”.

And for Bubb, to transform care with the focus shifted from hospitals to homes should not have proved all that difficult. When the latest incarnation of the government’s initiative to get people with learning disabilities and autism living back in their own communities started four years ago there were 2,885 patients in hospitals. The government’s target was not to close all of their beds, but a minimum of 35% by this March. So just over 1,000 beds.

Figures from the Department for Health and Social Care (DHSC) suggest it has reduced the numbers in the long-stay hospitals by about 20% — or just under 580.

Bubb said: “It’s the paradox of it’s a small number of people so you would think you could get this sorted quickly, but it’s so small and so difficult that it’s just not a priority.”

Now head of the think tank Charity Futures, Bubb’s report recommended radical steps like giving people with learning disabilities and their families a charter of rights and the ability to challenge admissions. It came after the first round of transforming care envisaged moving everyone inappropriately placed in institutions back into the community by June 2014. When this failed, the government gave itself another five years to hit the less ambitious target of closing 35% to 50% of beds.

The future of transforming care

And when prime minister Theresa May unveiled the NHS 10-year plan, the new target was halving on 2015 levels the numbers in hospitals by 2023/24.

In practice, this will mean cutting numbers currently standing at 2,325 back to about 1,440. But given that the first target was missed, the second seems certain to go the same way.

Bubb says he is “not confident at all" about future success. He said: “I’d be astonished if we saw progress. I’m afraid the history, sadly, in this area is that progress is only ever made when there’s a scandal or someone writes a report.”

Former head of the Association of Chief Executives of Voluntary Organisations, Bubb predicted the next wave of transforming care after March will “limp along” and “we’ll continue to see 2,500 people in institutions”. Inevitably, the issue then “disappears down the agenda” of the NHS and the politicians who run it, says Bubb.

Hospital beds are quickly filled when they become vacant and a failure to plan an expansion of community placements has also undermined efforts to reduce the dependency on institutions, says Bubb. He says the history of institutional care for those with learning disabilities and autism is one of “over-medication, of physical restraint and seclusion”.

Statistics obtained by the BBC show the use of restraints on adults with learning disabilities in hospitals in England rose by 50% between 2016 and 2017.

Recently, campaigner Jeremy has told how 18-year-old daughter Bethany has been held in a 12ft ‘cell’ at St Andrew's Hospital in Northampton. Jeremy, who wants to be identified only by his first name, says his daughter has a form of autism known as pathological demand avoidance (PDA). He says she has been left “utterly institutionalised” following her two-year stay at St Andrew’s. The father says he has to communicate with her through a hatch in a metal door when he visits. He is taking legal action over her confinement.

Last November, the Government announced the deaths of at least 40 people admitted to secure hospitals are being reviewed. Nine involved people aged 35 or under.

Care minister Caroline Dinenage has said there is no suggestion any of the deaths were untoward, but NHS England will be double checking the circumstances.

Bubb added: “It’s pretty barbaric treatment in the 21st century and these (hospitals) are harmful to individuals. And, indeed, there have been well documented deaths in such institutions when some of these horrific practices are brought to light. People being fed through a hatch. I mean... it’s Victorian.”

Breaking the cycle of abuse

Bubb says that institutional care does not work because cultures are stubbornly resistant to reform. “This is why I argue that institutions by their nature are abusive. Not because the staff go in determined to abuse people with learning disabilities. But the institutions have a culture of dealing with learning disabilities in these ways and it’s seen as the thing that you do and there’s a cycle of abuse.” He believes this cycle can only be broken by closing down institutions.

St Andrew’s Hospital says it is committed to supporting patients back into the community, but a shortage of placements makes this difficult.

The DHSC say they are determined to cut the number of people with autism and learning disabilities in mental health hospitals. "We’re committed to ensuring all care delivered in England is of high quality, safe and compassionate — to protect the public and hold providers to account we set up the CQC (Care Quality Commission) and gave it powers to crack down on poor quality care or abuse,” said the spokesperson. Nearly 5,400 people have been discharged into the community, including over 600 people who had previously been in hospital for five years or more, say the DHSC.

And health secretary Matt Hancock has asked the CQC to undertake an in-depth review of the use of restraint, segregation, and prolonged seclusion in hospitals.

Caption: Sir Stephen Bubb, who believes the next wave of transforming care will limp along with little progress on hospital discharges.