Joanna Grace is a Sensory Engagement and Inclusion Specialist, author, trainer, TEDx speaker, and Founder of The Sensory Projects. 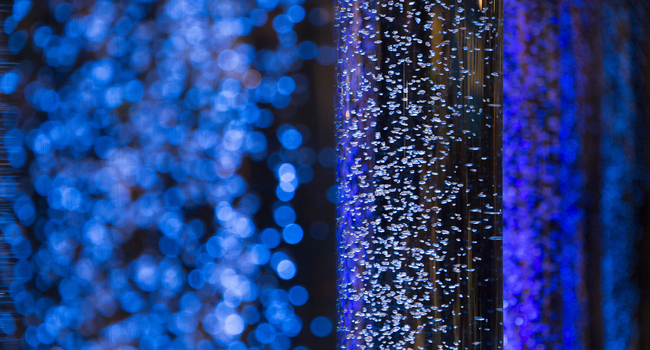 Sensory rooms can be amazing places full of potential magic for people with learning disabilities, autism, sensory processing disorders, and other conditions.

Last year, I conducted a study researching how the rooms are used in the UK and discovered that most people feel their potential has yet to be realised. We found a number of obvious-when-you-think-about-it things that were hindering the performance of the rooms. Further exploration revealed that the magic components of the rooms were not what you might think.

"It is of the utmost importance to set up our sensory rooms through the eyes and experience of the people who will be using them".

Three mistakes not to make

You would be surprised (or maybe not so surprised) by how many stories I've been told of inaccessible sensory rooms due to design faults.

The room that was upstairs in a building without a working lift. The room that had the bubble tube plumbed in across the door. The room that a wheelchair could fit into but not the hoist required to allow the person to access the equipment.

Hopefully if you have any of these design flaws you will spot them - other mistakes were subtler.

Padded floors made it difficult for ambulant people with compromised mobility to walk. It was the room that disabled them. Water beds were often laid on by people with very limited mobility; they lay on their backs looking at a blank ceiling, unable to see the wall panels offering visual stimulation.

It is of the utmost importance to set up our sensory rooms through the eyes and experience of the people who will be using them. Co-design would go a long way to preventing the mistakes I heard of during my research. You might think that meaningful co-design with people with profound and multiple learning disabilities is impossible, but the Sensory-being Project recently won a national award in recognition of it doing just that. As ever, it is not about how they communicate but how we listen. Listen in new ways and you can hear the opinions of people with complex disabilities.

People report being given an hour’s time-slot. However, it took them fifteen minutes for them to get to the room and set it up and another fifteen minutes to get back, meaning they only had half an hour in the room. People were given an hour’s slot but right at the start of the day and had to prioritise toileting routines and medications over the possible magic available in the room. People had such arduous journeys to and from the room that any relaxation or engagement fostered by the room was swiftly replaced by anxiety.

There was a particularly common complaint where rooms were shared; everyone got the same length time-slot regardless of significantly differing needs. One interviewee expressed that for the people she supported, the only hour in the week where they were truly able to engage with stimuli was their hour in the sensory room. She contrasted this with the other people in the setting who spent all their time in environments where they were able to engage. The same does not necessarily mean fair.

Sensory rooms and the equipment within them can do amazing things. Manufacturers of sensory rooms promise that they relax people, help people with pain, teach people to regulate their sensory systems, and more. How can the room do this unless the therapeutic equipment is switched on?

It is understandable that people who have not had access to training in how to use a sensory room would think the right thing to do is to switch every piece of equipment on. But switching everything on is pretty much never the right thing to do. The most likely outcome of this is that people in the room will be sent into sensory overload, some will express this outwardly whereas  others will just shutdown -  this could be misunderstood as relaxing.

Out of all the people I interviewed about their use of sensory rooms everyone had been taught how to switch the equipment on and off but only one person had been trained in how to use the room.

If you value the outcomes of using a sensory room you must ensure the people who are facilitating work in the space have received relevant training in how to do so.

Three most important ways to facilitate engagement and/or relaxation

The most often cited feature, when my interviewees were asked what about their sensory room was most important to them, was that in the sensory room they could create a blackout. They would go onto explain all the wonderful things they were able to do in a blackout situation. I would often ask them whether, if I could give them the ability to black out the room they typically worked in, they could do the same things. The response was always a hearty yes, followed by an explanation of how in many ways that would be easier for them as it avoided problems of timetabling and clashing usage requirements.

Everyone interviewed as a part of my research commented on the value of having sensory experiences that were controllable. Unlike other factors they cited they rarely went on to explain. It was stated as if it was a known right answer. A fact. Indeed it is what the environments are often sold on, so perhaps people register it as a known good.

If you have the ability to control sensory experiences then it is very likely that you have the capacity to create magic in your sensory room. My bet would be that the magic comes about when you relinquish that control. When it is the users of the rooms who get to be in control, rather than the facilitators in the spaces.

Think about your own experience of taking someone into a sensory room: who is in control?

People told me that when they had their slot in the sensory room they were not interrupted. People did not come into that room to give them messages, or to measure people for new equipment or do a quick assessment. The uninterrupted nature of sensory rooms was one of the highest scoring features of them.

As I with darkness I would ask the people who gave this answer whether, if I could make it so that their regular room was not interrupted, they could achieve the same magic in that space. And as with darkness they would express how desirable that would be.

This insight has implications not just for our sensory room practice but for our practice in all rooms, but the magic lies beyond the rooms. In fact it has nothing to do with the rooms, or the equipment within them, and everything to do with people and the connections between them.

Use the rooms to truly meet the person you are supporting, think about their needs, and their enjoyment of that space, be flexible in your approach so that you can maintain that connection.