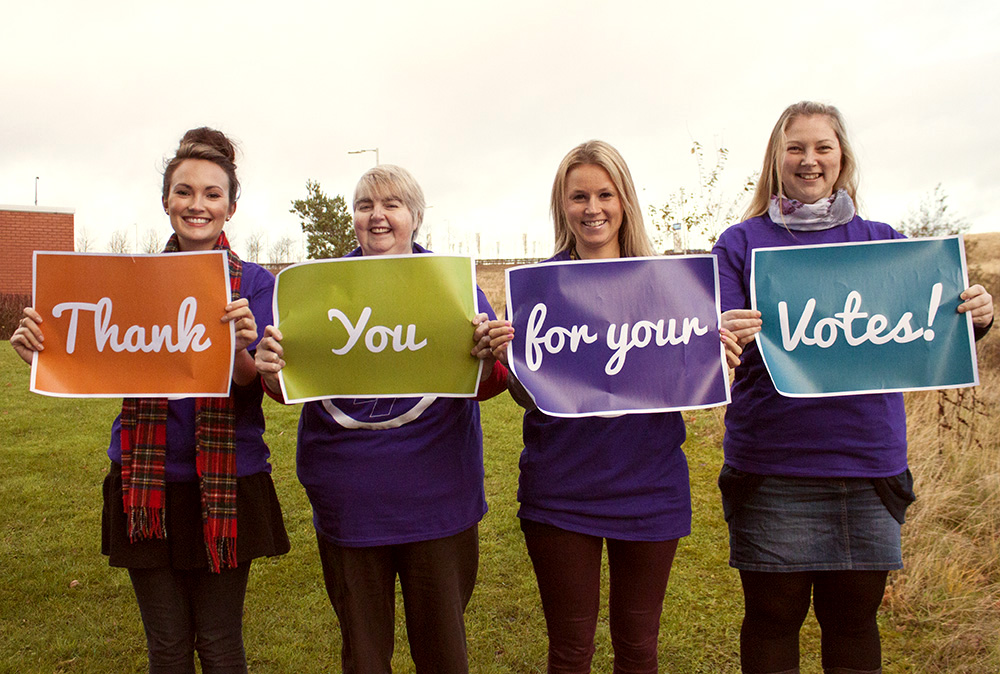 Charity ENABLE Scotland has won £46,000 from The People’s Millions to launch a friendship project for people who have learning disabilities living in Helensburgh and surrounding area.

It won The People’s Millions money on November 27 after a public vote. A short film about The Friendship Network was broadcast on STV’s early evening news programme that evening and the public voted for it to win.

The People’s Millions is a grants programme run by the Big Lottery Fund, in partnership with ITV, and aims to get the public more involved in deciding which projects to support. The People’s Millions has £3.8 million to give out, awarding up to £50,000 (including VAT) to four projects in each of the 19 ITV regional news areas.

Peter Scott, CEO of ENABLE Scotland, said: “People who have a learning disability want to make friends and have relationships just like anyone else. But unfortunately all too often we hear about people living in isolation. Winning this money from The People’s Millions will allow us to launch a project which will bring people who have learning disabilities together to try new things, participate in the local community and make new friends.

“We are incredibly grateful to the People’s Millions and the public who took the time to vote for us. This project will make an incredible difference to people’s lives.”