The representation of disability in film and television: it’s time to stop the stereotypes. 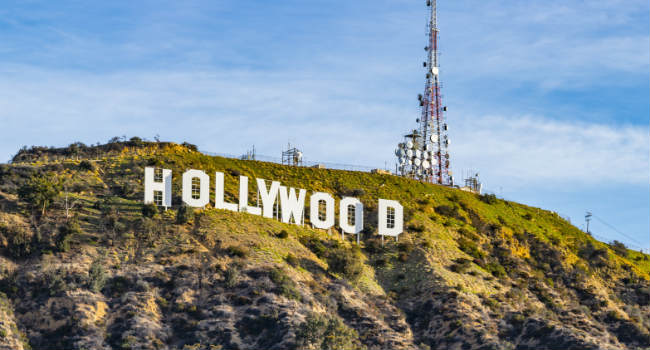 A 2011 report from the World Health Organization found that 15% of the global population lives with some form of disability.

That’s a pretty sizable chunk, and one that should be hard to ignore.

Yet, for the most part, this is what Britain’s mainstream media continues to do.

"By defining characters by their disability, the opportunity to exist beyond it is denied... Technological innovations are heralded, new discoveries are celebrated, so why can’t our storytelling methods keep up?"

In 2017, the Office of Communications (Ofcom) revealed that a mere three percent of employees at the UK’s five main broadcasters – the BBC, ITV, Channel 4, Sky and Viacom – self-report as disabled.

Yet, this invisibility in the media has been covered before in a series of articles written in recent years. What this article looks to address is how characters with disabilities are presented in film and television.

To answer this, I’m first going to ask you to list any prominent figures in film or television who have a disability.

Perhaps Jake Sully from Avatar springs to mind, or Matt Murdoch (a.k.a Daredevil) from the highly successful Netflix superhero series? You might also consider one of the many Bond villains – with 18 of the franchise’s 26 films featuring a villain with a visible disability.

Now, see if they apply to any of the 10 stereotypes of the media’s representation of disability, as identified by writer and activist Paul Hunt in 1991:
1. Pitiable or pathetic
2. An object of curiosity or violence
3. Sinister or evil
4. The super cripple
5. As atmosphere
6. Laughable
7. His/her own worst enemy
8. A burden
9. Non-sexual
10. Unable to participate in daily life
While you would hope that, almost 30 years on from Hunt’s study, these stereotypes had been largely left in the past, this is not the case.
Jake Sully’s disability is used as atmosphere and is relied upon within the plot as his motivation for many key actions.

Matt Murdoch is an example of Hunt’s super cripple - developing visionary hearing abilities as a result of his blindness.

Bond villains’ deformity and impairment, such as Dr No’s prosthetic hands, are used to connote their sinister or evil character.

So, the stereotypes persist.

When asked in an interview in 2012 why he continued to implement these archaic tropes, Michael G. Wilson, an American producer and screenwriter who has been involved with every Bond film since 1964’s Goldfinger, said: “It’s very much a Fleming device that he uses throughout the films, the idea that physical deformity and personality deformity go hand in hand in some of these villains."

"Sometimes it’s a motivating factor in their life and what makes them who they are. He had that as part of the characters that he devised and it’s something we use from time to time, not all the time of course, just if it seems appropriate."

"The question is, with all the ideas of handicapped people being in the Olympics and things like that, it’s kind of an old idea but it’s just part of a writing tradition.”

In short, use of characters with disabilities is a part of a tradition and technique that Wilson is not willing to alter.

This stubborn aversion to change is a feeble excuse for continually belittling a faction of society. We live in a time where progression is chased, and the norm is constantly challenged. Technological innovations are heralded, new discoveries are celebrated, so why can’t our storytelling methods keep up?

"The use of disability as character trait, plot device, or as atmosphere is a lazy short-cut. These representations are not accurate or fair reflections of the actual experience of disabled people. Such stereotypes reinforce negative attitudes towards disabled people, and ignorance about the nature of disability."

This is why these prejudicial images of disability remain in the entertainment industry. They provide writers with an opportunity to forego the usual efforts of developing a character’s persona and back-story as they feel that giving them a disability is enough. As Shakespeare says, it’s simply a case of laziness.

But, by defining characters by their disability, they deny them the opportunity to exist beyond it. So, we see the same one-dimensional characters - adhering to one or more of Paul Hunt’s 10 stereotypes - appearing over and over again.

This acts to strengthen societal prejudices, shaping audience’s views of disability and continuing a vicious cycle of representation and acceptance which desperately needs to be broken.

Now, perhaps while reading this article you have wondered why I felt the need to comment on this issue? Then again, perhaps you didn’t, but I’m going to tell you anyway.

The vast majority of my experience with disability comes from my sister. She has a learning disability, epilepsy and cerebral palsy. However, I challenge anyone to even attempt to ignore her or confine her character to the role of ‘atmosphere’.

Whether she’s exercising her impressively loud vocal chords in an otherwise muted shopping centre, sneakily unwrapping and demolishing chocolates from underneath the tree on Christmas eve or requesting Mamma Mia, her favourite film, for the umpteenth time, she always ensures her presence is felt.

So, in my eyes, the most painful aspect of the use of disability as a character trait is the absence of the personality and warmth with which I am so familiar.

When telling people about her disability, it’s not unusual to be met with pitying faces, noises and statements.

The thing that these people are missing is the fact that she’s most likely having the time of her life somewhere just off-screen; swimming, going to a gig, going through old photos.

So, I can’t help but blame the media’s repeated representations of disability as pitiable for this automatic reaction, an awful and patronising ‘awww, bless her’ accompanied by some unnecessary words of comfort.

I can’t expect to instigate an instant global change in the film and television industry, but I can hope to contribute to one.

Hollywood, if you can hear me, please do away with these outdated, lazy stereotypes and invest in all your characters equally.

How does this story make you feel? Join LDT London 2018 in November to debate 'protection versus aspiration'.