The Winterbourne View scandal exposed by the BBC’s Panorama programme in 2011 led to an audit highlighting that there were around 3000 people with learning disabilities residing in NHS Assessment and Treatment Units (ATUs) or private hospitals. In response to the abuse in South Gloucestershire, the government established a Joint Improvement Programme aimed at transforming learning disability care. It must win the accolade for being the most ineffectual social policy initiative ever. 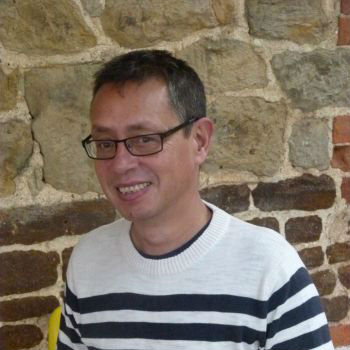 The Government programme has published three strategy documents since it was set up, while its Transforming Care Programme has seen three heads come and go. The third blogged that he and half a dozen charity CEOs had devised a solution to the problem by working out a strategy over breakfast, which attracted condemnation from user and parent groups over their exclusion. And yet, six years on the numbers of people with learning disabilities, many on the autistic spectrum, incarcerated in these institutions remains much the same.

So, why has the Transforming Care Programme been such a lamentable failure? For once the reason is not a lack of funding. Private hospital and ATU placements typically cost between £3000 and £6000 per week and sometimes more. A well planned, implemented and managed community alternative invariably costs significantly less. And sometimes it’s possible to offer additional savings once the individual has learnt new skills or challenging behaviours have diminished necessitating less support.

For example, take Michael, who is autistic. He lived in a succession of emergency placements before ending up in a special unit at the age of 18, in 2003. His service at the time cost £350,000 a year. Three staff were allocated to him constantly, such was the fear of the threat he posed, and in one year he was restrained 180 times.

Commissioners worked with Michael, his family and Choice Support to set up a new service. A housing association provided a suitable house and Choice Support spent several months working with Michael, his family and the staff in the special unit developing a person-centred plan. The plan included the use of non-aversive techniques to cope with challenging behaviour, and money was set aside to ensure that staff would receive appropriate ongoing training in these techniques.

A key part of planning and delivering Michael’s service was devising strategies that allow him to find other means of expressing whatever function his challenging behaviour served. For example, the service manager recognised that Michael got anxious when things were broken, but was unable to tell staff about his anxiety. This anxiety then found expression in challenging behaviour. In response the service introduced a ‘broken bin’, into which Michael learned to place broken items. He then showed staff the bin, allowing them to acknowledge to Michael that they understood the item in the bin was broken, that this is okay, and that it will be replaced.

Michael moved into his new house in 2004. Restraint was eradicated within nine months and has never been used since. There have been many qualitative improvements to Michael’s lifestyle, and his parents are delighted that he has ‘regained his life’. After one year Choice Support was able to reduce the cost of the service from £350,000 to £250,000, saving the local authority a cumulative £1.2 million to date. Consider for a moment the savings that could be realised if similar results could be replicated across most of the Transforming Care cohort.

This is not a new story and several previous accounts have been published (Jackson, L 2006), (Brend, M & Jackson, D 2006) and (ASL 2011). Which is precisely the point. Its longevity demonstrates that virtually anyone, no matter the challenges that they potentially present, can be supported to live ‘an ordinary life’.

Furthermore, Michael’s story is just one of ten published by the Association for Supported Living (now integrated into Learning Disability England) in There Is An Alternative (2011), all similar examples of good providers offering high quality and cost effective alternatives to ATUs.

So where does that leave us? Why is the programme failing, and what is the way forward? These observations are based on 30+ years’ experience of closing NHS institutions and more recent experience of supporting people to move from ATUs and private hospitals.

Barriers to people moving out of hospital requiring skillful navigation include:

There is no simple or single answer but the successful ingredients usually include a selection of the following:

• trauma based approaches to care
• ongoing support for families as well as the disabled person
• circles of support
• trusting experienced providers to get on with the job
• light touch commissioning or the use of Individual Service Funds or Personal Health Budgets
• ongoing investment in training and skilling up the workforce
• paying above the living wage
• carefully planned bespoke packages of support
• giving families more control.

In my most recent blog for Learning Disability Today (Rose, S. J. 2017) I suggested that since the 1970s that official social policy had largely failed whereas ‘unofficial policy’ was the real agent of change – instigated by passionate, committed and creative leaders, willing to test boundaries and ask difficult questions. The Transforming Care Programme illustrates this point perfectly.

If we project the current rate of progress of Transforming Care, combined with ongoing admissions to ATUs, then many currently incarcerated are unlikely to leave until they are carried out in a wooden box. In the meantime, a small band of freedom fighters working for organisations like Choice Support battle on in partnership with disabled people and their families.

(2011) There Is An Alternative. Association for Supported Living