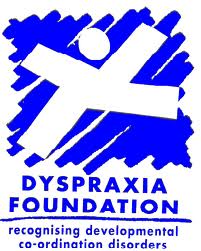 A new resource has been launched to help young people with dyspraxia who may find themselves in difficult situations communicate more easily about their condition.

The card, developed by the Dyspraxia Foundation and similar to those used by people with autism, can be used to advise anyone – such as police, passers-by, emergency services or shop assistants – of the possible difficulties the card carrier may have, as well as providing contact details in the case of an emergency.

Additionally, the card lists essential information on how to deal with someone who has dyspraxia including explanations of possible difficulties with social interaction, communication and understanding.

The card advises legal and criminal justice professionals that the holder is a ‘vulnerable person’, whether as a victim, witness or suspect and that their difficulties could put them at a disadvantage when their actions and behaviour can be misinterpreted and will need an ‘appropriate adult’ to be present.

Theresa Hart, a trustee of the Dyspraxia Foundation and also a parent of a teenager with dyspraxia said: “All mothers worry about their teenage sons and daughters when they start going out and about on their own, especially in the evenings. We can’t protect them from everything but we at least want to be able to prepare them for difficult situations they might encounter.

“This new alert card is just one small way of helping young people with dyspraxia to communicate more clearly or to ‘explain themselves’, particularly if faced with a person in authority, without becoming anxious, stressed or confused – all emotions that can sometimes make matters worse.”