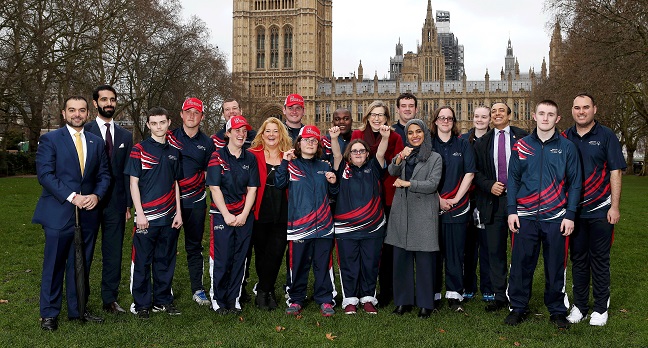 7,500 athletes with intellectual disabilities from over 190 countries will compete in 28 sports over five days taking part in the Special Olympics World Games 2019, with organisers calling it "the biggest sporting and humanitarian event of this year."

The Duke of Sussex has told athletes they "should all be incredibly proud of what you have achieved simply by getting on that plane to Abu Dhabi and representing your country."

"You’ve all been on your own personal journeys to get there but are united in one shared aim: to break down barriers and change attitudes. While you compete over the next two weeks, know that you are an inspiration to us all, especially your friends and families."

Michelle Carney, CEO of Special Olympics Great Britain added: "The whole team – athletes and volunteer coaches and staff - could not believe it when they heard the Duke’s message. The reaction was incredible."

"Special Olympics Great Britain is often described as the best kept secret in sport and we are on a mission to change that."