Every April, big businesses are forced to come clean over their gender pay gap. When will firms have an obligation to report on the numbers of disabled people they employ? 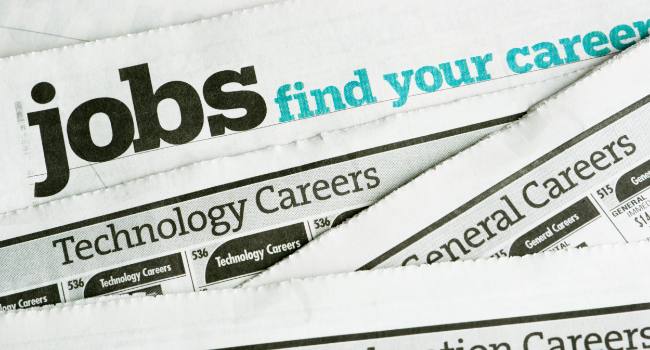 Spurred on by striking sewing machinists at Ford’s Dagenham plant, it’s almost half a century since the then employment secretary Barbara Castle introduced the landmark Equal Pay Act (1970).

“I feel it’s very important that companies divulge the information on who they are hiring when it comes to disabled people and neurodivergent people."

But now the focus has shifted from ensuring men and women are paid equally for doing the same job to shining a light on average earnings in big firms.This effort through the gender pay gap monitoring that first came into force in 2017 has shown, unsurprisingly, that men are still dominating senior roles and commanding bigger salaries.

Should employment monitoring should be extended to all marginalised groups?

Errol Kerr, the vice chair of Autistic UK, believes it’s time to extend this scrutiny to people with neurodevelopmental conditions like autism and learning disabilities.

Kerr says large firms should be forced to report on both the numbers of people with disabilities they employ and how much they earn. Under the Equality Act (2010), all firms with 250 or more workers must publish the median hourly wage of male and female workers on both their own website and on a government website.

"Far too many” people with disabilities find themselves shut out of the jobs market, says Kerr. “I feel it’s very important that companies divulge the information on who they are hiring when it comes to disabled people and neurodivergent people.

“I also feel they should be as transparent as possible in regards to how much they are paying them. I hear a lot of stories where disabled and neurodivergent individuals will find themselves in long-term apprenticeships rather than in work, so they’re being paid under the minimum wage.”

Last year, a report by the Trades Union Congress (TUC) highlighted how the UK has a persistent disability employment gap, which is currently over 30 percentage points.

But this is the extent of the gap between those with all disabilities, physical and developmental, compared to those without. Statistics show the gap in the job rate for those with a learning disability is much wider still — as much as 76 percentage points.

The TUC report Disability employment and pay gaps 2018 called on the government to consult on the introduction of a statutory requirement for employers to report on their disability pay gaps and employment rates. Furthermore, the report recommended targeted action plans showing the steps they would take to address any gaps, including ensuring employees with hidden disabilities feel able to disclose them.

In 2017, businesswoman and charity campaigner Rosa Monckton received a backlash when she suggested employers should be allowed to pay people with learning disabilities less than the minimum wage to help boost the numbers in work. Writing in the Spectator, Monckton, whose youngest daughter has Down's syndrome, argued for a “therapeutic exemption”. She feared that with day centres closing, those with learning disabilities could expect only “a life spent in the shadows, slumped on a sofa, eating the wrong sort of food, watching daytime television”.

Monckton said she wanted people with learning disabilities to have the “right to have the human dignity that comes with work, and with being included”.

Kerr, who is autistic, is against any differential pay rate for those with learning disabilities, even if they can’t work at the same rate as colleagues and require ongoing support. He added: “The purpose of the minimum wage is that anyone who is working is able to fend for themselves on that wage.”

In some cases, autistic people or people experiencing mental health difficulties are reluctant to tell employers for fear they may lose their job.

Kerr, 24, who is a support worker in Manchester, says in one previous role as a waiter he did not tell his employer about being autistic. He says he was fearful after seeing a colleague sacked when they opened up about experiencing poor mental health. The reluctance to open up to employers means there are certainly many people with hidden disabilities in the workforce, says Kerr. “Encouraging these people to potentially disclose their condition or disability is important, but only if you can guarantee that the workplace will not then somehow enforce something discriminatory on them. I fully understand the fear that could cause. At no point should there be mandatory disclosure, but it’s important for large organisations to ensure that their most vulnerable staff members are protected,” added Kerr.

In a statement, business group the Institute of Directors said firms can “gain great benefits from embracing neurodiversity, including in the boardroom”.

“Gender pay reporting has brought some impetus to the debate around representation, but reporting isn’t an end in itself. The key thing is for firms incorporate a true range of perspectives and ways of thinking,” the statement added.

A spokesperson for the Department for Work and Pensions (DWP) said they introduced a voluntary framework with leading UK businesses and charities last November that encouraged them to tackle the disability employment gap. When the scheme was launched the then minister for disabled people Sarah Newton said big firms should reveal the numbers of disabled people they employ as part of a drive to build a more inclusive society. “The framework encourages employers to report the percentage of employees who have a disability and set out what steps they are taking to support disabled staff,” the DWP spokesperson added.

Also, the government’s Disability Confident scheme, now running for over two years, focuses on the work employers can do to ensure disabled people are recruited, retained, and supported in their careers. But unlike the gender pay gap, at this stage there are no plans for legislation to turn the voluntary code into a legal obligation, the DWP confirmed.

Caption: Vice chair of Autistic UK Errol Kerr, who believes big business should be forced to reveal the numbers of people with disabilities and neurodevelopmental conditions they employ.