Filmmaker Beth Richards conducted research into how the television industry can be made more accessible for actors with learning disabilities. In this blog, she tells Learning Disability Today how her research findings informed her short animated film 'The Audition' which is being shown at Oska Bright Film Festival. 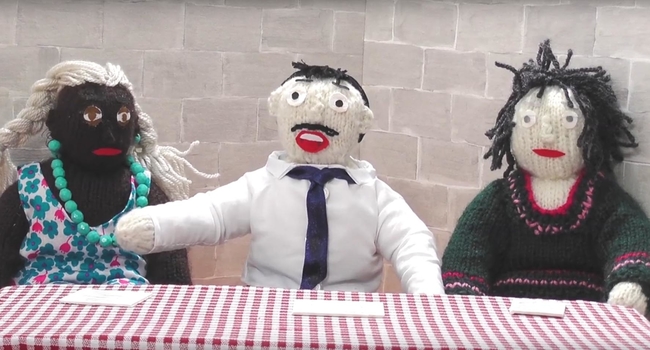 There aren't enough people with learning disabilities on television.

My animation shows the barriers they meet right from the start of the process when they try to go to auditions. There are simple things people in the arts can do to be more inclusive once they give it some thought.

"I hope people who see my film will be amused but afterwards remember the image of my character's body unravelling. This is how it feels when people speak to you in jargon".

I was a Research Associate at the University of Bristol. When they asked what I wanted to find out about I said I was interested in why I don't see more people with learning disabilities on television.

After I'd done my research I wanted to share my findings in a fun, visual way that would make people think. I was able to make it because I had such good support to help me with my ideas. I worked with my Research Partner at the University during the whole project.

I hope people who see my film will be amused but afterwards remember the image of my character's body unravelling. This is how it feels when people speak to you in jargon (technical language), when you realise no one has thought about accessibility and that they aren't really giving you a fair chance. Hopefully they'll also use the tips at the end of 'The Audition'.

A lot of people who have seen the film say the character's body unravelling is really powerful, as it shows how disabled people can feel when they are excluded. People with learning disabilities might find the film helps them explain how they feel if they don’t get the adjustments they need to be included.

I've been in Bristol's Misfits Theatre Company for years and we've been filmed quite a bit.

You can see us explaining the findings of the 'Confidential Inquiry into Premature Deaths of People with Learning Disabilities' describing how health is everybody's responsibility’ for NHS England, or talking about how Support Workers can give the best support in ‘The Match’.

We're always thinking of ways to get messages across clearly. I found I was comfortable in front of the camera and like the way film can be accessible to everyone. This is my second film because I also made a short film called 'I hate you, Jargon!' with a company called Different Voices in 2017.

I interviewed people at the Oska Bright Film Festival in 2018 for part of my research. We asked David from Carousel (the company that organises the Festival) for feedback on the leaflets we made about the film project. He was very supportive.

As part of that conversation he invited me to take part in a panel discussion and show my film at the 2019 Festival. That’s how I came to be screening 'The Audition' and talking about it at the Co-Production session this year.

People from around the world will be there, so it is a good way to tell them about the research and about what needs to change!

'The Audition' is being shown as part of the Co-creating Short Films session during Oska Bright Film Festival 2019.