Autistic self-advocates claiming to speak for those with learning disabilities can cause “symbolic and substantive harms”, say parents of learning disabled children. 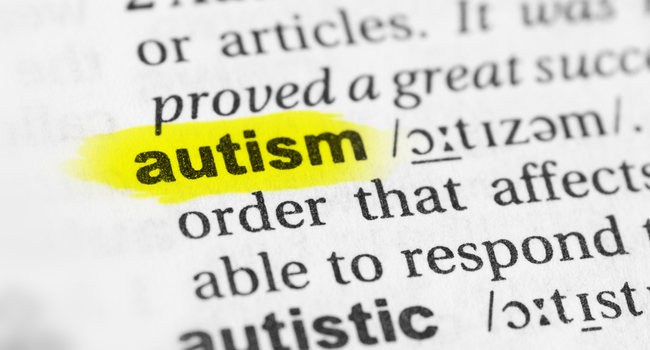 For years, no one took up Amy Lutz on her invitation. It was an invitation designed to heal rather than widen the rift between parents and autistic self-advocates in the neurodiversity movement.

Lutz’s son Jonah, 21, has what she describes as severe autism and a learning disability. She was tired of hearing intellectually able autistic people, who had never met her son, argue that he was capable of making complex decisions for himself: decisions like which day services to use or what kind of environment to live in.

“Come and meet my son. And then, only after you’ve met him, tell me he’s capable of these decisions".

So Lutz, from Pennsylvania, threw open an invitation to the whole neurodiversity movement. It ran something like this: “Come and meet my son. And then, only after you’ve met him, tell me he’s capable of these decisions".

Then after almost forgetting about her invitation she was contacted by documentary filmmakers Caren Zucker and John Donvan. They were working on a film about the history of autism and had persuaded autistic self-advocate John Robison to meet Jonah on camera.

Without ever meeting Jonah, Robison had previously disputed Lutz’s claim that her son was not capable of making an informed choice about where he should live.

But there was also a broader issue than living arrangements at stake —  about the nature of advocacy itself.

Robison’s refusal to accept that some people are so profoundly challenged by their disability that others have to make important decisions for them seemed to Lutz to be based on a common thread running through self-advocacy; the idea that parents are overprotective obstacles preventing people with autism and learning disabilities enjoying the freedoms everyone deserves, and that intellectually able autistics better understand and connect with those far more severely impacted than family members purely because they share a diagnosis.

Following a brief period when Jonah was alone with Robison and the filmmakers Lutz, who was initially told to stay out of the meeting, was summoned for help.

Despite his shared diagnosis Robison, 63, could not engage Jonah. He was forced to turn to Lutz for assistance — undermining the idea that a shared diagnosis brings an automatic understanding and connection no parent could ever match.

After the meeting Robison, who was diagnosed aged 40, conceded that being autistic gave him no special insights into Jonah’s preferences over where he should live. More fundamentally he told Lutz:  “I would be very hesitant to just make the statement that autistic people can better advise you about child-rearing than anyone else".

Now secretary of the National Council on Severe Autism (NCSA), Lutz is one of several authors of a paper published in the American Journal of Bioethics exploring the dangers of “partial representation”. The piece examines how far it’s possible for some of the main autism organisations in the US, groups like Autism Speaks and the Autistic Self Advocacy Network (ASAN), to represent the entire spectrum.

PhD student Lutz, 49, concludes that the spectrum may simply be too broad for any organisation to accomplish that.

Autism Speaks, which previously wanted to "cure" the condition, has invited self-advocates to serve on its board. But Lutz believes the danger in trying to represent everyone is that you alienate both sides of the warring factions you are trying to unite.

And while Autism Speaks has alienated all sides, ASAN is regarded by critical parents as little more than the mouthpiece of the most able autistics.

Lutz argues that this partial representation can cause “symbolic and substantive harms” because it allows all public debate on autism to be monopolised by the "strongest" at the expense of the "weakest". She said: “A complete form of representation for something as broad as the autism spectrum would have to, by definition, include the parents of people who are too severe to participate themselves.

“But they [ASAN] don’t at all include parents and so that’s a problem".

And she believes being open about partial representation, as the NCSA is in advocating only for those unable to do it for themselves, is better than a well intentioned - but ultimately doomed - attempt to speak for everyone.

Once groups are open about those they can legitimately claim to speak for, then they can work together on broader issues where their interests are aligned, says Lutz.

US cancer societies campaign on both the specific form of the illness they were set up to raise awareness of, lung, breast, prostate etc., and the broader issues that unite them such as funding.

Lutz added: “There’s no reason that NCSA and the Autistic Self Advocacy Network couldn’t work together on some bigger issues.”

In a message via Twitter Robison said while it could be to everyone's mutual advantage to work together, “consensus is hard to find”.

On his encounter with Jonah he added: “The fact that I have the same diagnostic label as another, and even the idea that we think alike in many ways, does not imply that we like the same things, think the same things, or that I can look at him or her and say, ‘That's what they want’, from any position of knowledge".

Are strangers on par with parents?

But some self-advocates continue to claim a shared diagnosis, even one as broad as autism, puts strangers on a par with parents.

Ben McCay, who chairs Oxfordshire self-advocacy group My Life My Choice, says while parents are the best people to advocate for learning disabled children with autism, the position changes in adulthood.

McCay, 43, who describes his own learning disability as “mild” and believes he has autism but has never been diagnosed, added that both parents and other autistic adults can act together as advocates.

“The child’s parents aren’t going to live forever and they’ll need some support when their parents are no longer here". He also believes that trying to represent people across the full range of abilities is achievable.

“So I’d say no, we have a broad range so we can include as many people as possible to improve people’s lives and people who are less affected by autism and learning disabilities can help the people who are more (affected)".

Caption: Secretary of the National Council on Severe Autism Amy Lutz with her son Jonah.

Opinions expressed in LDT blog articles are no reflection of the views of the website or its owners.