Reasonable adjustments have been trumpeted as crucial to fighting the health inequality faced by people with learning disabilities. 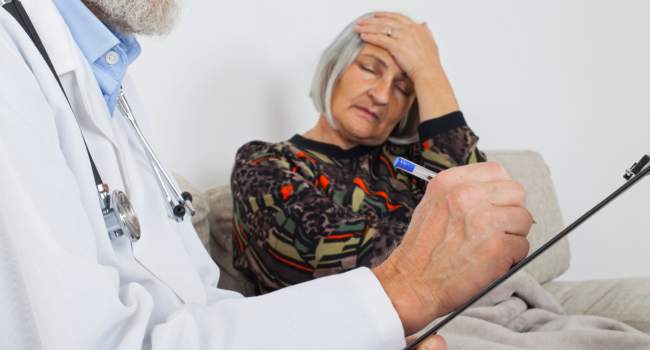 When 12 weeks turns into two years

Isabelle Garnett’s son Matthew spent nearly two years under section in a mental health hospital after going for an assessment his family were told should take no longer than 12 weeks. Garnett fought a lengthy battle with husband Robin to get 18-year-old Matthew out of specialist hospital St Andrew’s Healthcare in Northampton.*

Reasonable adjustments "can make the difference between the person having a life and not having a life or, in the worst case, between life and death.”

In March 2017, Channel 4 Dispatches documentary Under Lock and Key highlighted how the hospital subjected people with learning disabilities to face-down restraint 600 times in just six months. Matthew, who has severe autism and a learning disability, is now thriving in a residential setting.

But his mother says he endured fortnightly restraints and forced injections at Northampton that have left psychological scars. Now his life has improved, he is beginning to share more details of the trauma he suffered. Matthew’s experience of what was meant to be a short-term emergency hospital referral turning into a stay lasting years is an all-too-familiar story in autism and learning disabilities.

But Garnett believes the lives of people who find themselves in long-stay hospitals could be improved dramatically by small but important “reasonable adjustments”.

People with disabilities are entitled to reasonable adjustments under the Equality Act (2010). Reasonable adjustments are adaptations and accommodations that should, in theory, minimise disadvantages faced by disabled people in education, employment, and housing, as well as when using services such as shops, hospitals, and banks.

For people with learning disabilities, reasonable adjustments in healthcare can mean getting longer for appointments or doing preparation work, like social stories, to try to ensure a hospital visit runs smoothly.

Garnett, 50, from London, said: “If somebody has autism, it’s a neurological difference that makes being in the world uncomfortable from a sensory point of view but also from a social point of view. If no reasonable adjustments are made, that puts that person at a disadvantage and it can actually, for some people severely affected by their autism profile, create meltdowns that would otherwise be preventable.”

Garnett said she saw little or no evidence of reasonable adjustments during Matthew’s time at St Andrew’s, which describes itself as a charity that provides “specialist mental health care”.

She believes the simple adjustments that would have left Matthew better able to cope cost next to nothing and involve very little effort. “It works and it’s not rocket science. It’s a highly structured day, knowing what’s going to happen now and next. It’s having lots of visual communication. It’s people using clear and consistent language, saying what they mean and meaning what they say,” she added.

Ensuring people with learning disabilities receive routine medical check-ups is the focus of ongoing work in the NHS. While NHS Digital’s data suggests the picture is improving, large numbers still miss out on routine healthcare.

In 2017-18, nearly 45% of people with a learning disability did not have an annual health check. However, the 55.1% that were checked represented an improvement on the 43% examined in 2014/15. In 2013, the Confidential Inquiry into the premature deaths of people with learning disabilities (CIPOLD) found 1,238 children and adults die across England every year due to healthcare failures.

Making the world a "safer" and more "accepting" place

Vicky Buckingham, who has a learning disability, depression, and what she describes as “mild autism”, says reasonable adjustments make vulnerable people feel the world is a “safer” and more “accepting” place.

Buckingham, 35, from Rockferry, on the Wirral, said that reasonable adjustments "can make the difference between the person having a life and not having a life or, in the worst case, between life and death.”

She said when medics don’t take the time to explain what is happening, it leads to stress and anxiety for people with learning disabilities. Buckingham, who serves on the governing body of charity Learning Disability England, said in a previous role when she worked as a part-time team support officer she asked to switch days from Mondays to Thursdays. She also asks for breaks during meetings when feeling stressed. Buckingham regards these small changes as the adjustments that have helped her stay in work and live a fuller life.

When reasonable adjustments are not enough

But Barnet Learning Disabilities community psychiatrist Dr Eileen McNamara has said that for some people with learning disabilities, carrying out routine health checks can present huge challenges. She said where someone cannot tolerate home visits or going to a GP’s surgery, no amount of reasonable adjustments will make a meaningful difference.

In these cases, sedation or a general anaesthetic might be needed to carry out a simple blood test, which first requires teams of professionals to meet and weigh up the risks and benefits.

Learning disability nurse Sandie Morton-Nance says barriers to health checks include communication problems as well as phobias of needles and hospitals. Morton-Nance, a specialist liaison nurse at Broomfield Hospital, in Essex, said: “There is a real fear for them of what is going to happen. I think they’ve had so many bad experiences in the past where people would breach their human rights and would hold them down and do things to them.”

She believes basic adjustments, like double appointment slots, can make a big difference when it comes to building trust. “It may be good just to bring them in before an appointment or before surgery so they can have a look around the hospital and actually touch equipment, or watch somebody having a blood test done and things like that.

“We have gone a long way and we have got lots of things in place now, but still there are areas where we get it wrong — of course there are, and still people get missed and slip through the net.”

St Andrew’s Healthcare said they could not comment on Matthew’s time with them due to patient confidentiality.

* As of 06/06/19, the child and adolescent mental health wards in St Andrew's Hospital, Northampton, have been deemed 'inadequate' by regulator CQC.

Caption: Matthew Garnett with his dog, Wellington. His mother Isabelle believes reasonable adjustments could have made Matthew’s time in a long-stay hospital far less traumatic.