'What It Feels Like' is a short film that looks at a form of auditory hallucination known as voice hearing. 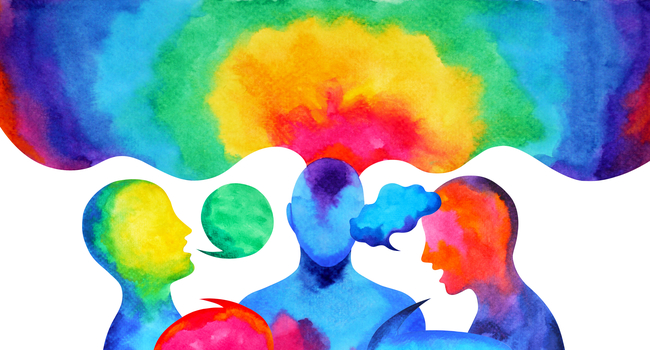 'What It Feels Like' is a short film that looks at a form of auditory hallucination known as voice hearing.

With the film I wanted to show viewers that hearing voices is a common occurrence and is experienced by many people. When people who hear voices are represented in media such as film and television, the focus tends to be on the extreme aspect of voice hearing and we are likely to see people suffering from intense and severe psychosis. In reality this is not the case and most people live their day to day lives whilst experiencing voice hearing.

Voice hearing is something I personally experience in times of stress. On occasion this can be intrusive, but I have discovered and developed techniques of self care in order to understand and deal with the intrusion. With 'What It Feels Like' I wanted to show that voice hearing can be managed through help and support.

I also made the film to greater understand to my own relationship to voice hearing. With the film I interviewed different people, who all have had a variety of experiences with voice hearing. From listening to different perspectives, I considered ways in which I can receive help and assistance and this was a massive personal benefit to me.

I have always been interested in filmmaking and animation. I like to draw and find the process of creating images very therapeutic and relaxing. I think this in particular makes me suited to animation. With 'What It Feels Like' I wanted to tell a story that can be heard as well as seen, so I was inspired to create a short film where sound and animation are an essential factor in telling the story.

Within the film I use animation and a take a DIY approach; I used my mobile phone to record the short film and employed an atypical style of animation. 'What It Feels Like' has been inventively created using special boxes that present animation in a unique style similar to a flipbook. Inside each individual box is a spindle. Attached to this spindle are 24 little cards. A motor turns the spindle and the animation can be seen as the cards turn. A sequence of images is drawn on each card and when the cards move they present a 24 frame animation cycle.

I used this animation technique to represent the voices that people hear and filmed the boxes on my phone. This creates a distinctive visual style and one which I believe suited the story.

Hopefully I will have more films screened at the festival in the future.

'What It Feels Like' is being shown as part of the 'It Me' session during the launch night of the Oska Bright Film Festival 2019.