Studies have revealed symptoms of attention deficit hyperactivity disorder (ADHD) in around two thirds of autistic people. But are autism and ADHD symptoms of the same underlying condition? Academic Dr Simon Bignell has questioned whether autism and ADHD may be “one overarching disorder with a range of subtypes”. 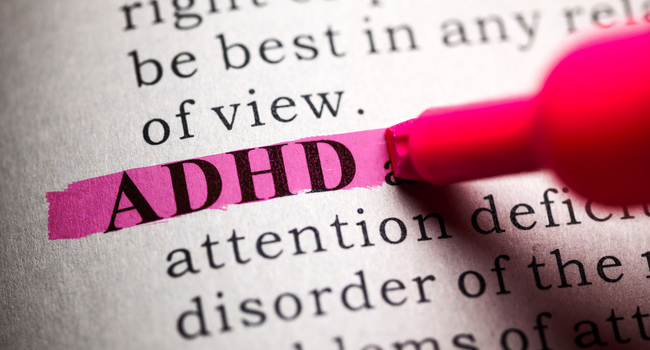 Kian Hollow was diagnosed with attention deficit hyperactivity disorder (ADHD) as a seven-year-old and received an autism diagnosis a month before his ninth birthday.

Diagnostic manuals define the conditions as separate disorders though, as in 16-year-old Kian’s case, they can commonly co-occur.

"But this simply means science is now relying on artificially pure research samples that lack the nuance and inconvenient detail of reality. What can this lead to other than flawed conclusions?"

His mum Alicia McColl says she no longer thinks about her son’s challenges in terms of these separate labels but the symptoms they give rise to. The 46-year-old mum from Farnham, in Surrey, said: “His difficulties are speech and language and sensory. Those are his primary difficulties and those are the things that cause him all the problems".

A 2018 study of young autistic children showed almost 63% had ADHD while estimates suggest around 66% of people with ADHD show autistic features.

McColl added: "If the school phone me and say, ‘Today, he’s had a really difficult day. He really struggled in class’, I know that’s usually down to sensory [difficulties]".

“Because there’s a whole list of symptoms, but not every child has it. There are lots of children who don’t have an autism diagnosis, but do have sensory processing [issues], do have speech and language disorder".

McColl questions whether children would be better served by describing their difficulties or listing symptoms rather than applying labels like autism and ADHD.

Both autism and ADHD are defined in behavioural terms — medics make a diagnosis after observing symptoms like poor interaction and communication or inattentiveness.

As yet there is no blood or genetic test for either ADHD or autism, though Fragile X syndrome is identified as the leading genetic cause of autism.

But what if the distinctions psychiatrists make between the two conditions are entirely artificial? Hard and fast labels that allow people to be put in one box or another without reflecting the complexity of their conditions.

In a keynote presentation at the ADHD Foundation Conference in November 2018 psychology lecturer Dr Simon Bignell asked whether autism and ADHD are “one overarching disorder with a range of subtypes, each having a distinct time of onset, mix of traits and progression”.

University of Derby academic Bignell added: “In the individual there may well be a shared genetic susceptibility that arrives at different clinical presentations, but is derived from the same origins – that’s for geneticists rather than psychologists to answer".

And though the world’s two major diagnostic manuals — the Diagnostic and Statistical Manual of Mental Disorders (DSM–5) and the International Classification of Diseases (ICD‑11) —  may define the conditions separately, these documents are continuously evolving. For example, Asperger syndrome no longer exists in DSM-5 or ICD-11 and is now simply classed as autism spectrum disorder (ASD).

Clusters of symptoms arising out of a single disorder

ADHD is not the only condition that commonly co-occurs in people with autism and vice versa. A whole range of other psychiatric difficulties are also far more common in both conditions, including obsessive compulsive disorder (OCD), anxiety, and depression etc.

Bignell acknowledges that where several different conditions occur in the same person it may be a cluster of psychiatric symptoms arising out of a single genetic or neurological disorder. In other words, the labels that force us to divide these symptoms into several different categories, whether it be ASD, ADHD, or OCD, could reflect our limited and still evolving understanding.

Bignell said: “The big misunderstanding that is absolutely prevalent across practitioners, professionals, people giving support and people with these conditions, is that these are things as in the sense of diseases.

“The DSM doesn’t do that. It was never intended to do that for psychiatric conditions because it’s a psychiatric manual. It doesn’t say anything whatsoever about the causes of these conditions and that’s the big misunderstanding.”

“The same thing” vs elements “which are the same”

Daniel Johnson, the Labour MSP for Edinburgh Southern who has ADHD, said it’s important to look at how neurodevelopmental conditions relate and overlap. Johnson, 42, who was diagnosed with ADHD around seven years ago, said the only way to explore the conditions thoroughly is to look at whether they are the “same thing”, or have elements “which are the same”.

Johnson said the problems that occur in people with ASD in adjusting to change and how those with ADHD will seek out new experiences can be viewed as “different faces of the same coin”. Over-stimulation, sensory overload, and emotional response and regulation have broad similarities in ADHD and autism, said Johnson.

Bignell believes the preoccupation amongst clinicians with putting people into one box or another is affecting the quality of neurodevelopmental research. Studies on autism will exclude people with other diagnoses so researchers can be sure their findings relate to autism and nothing else.

But this simply means science is now relying on artificially pure research samples that lack the nuance and inconvenient detail of reality. What can this lead to other than flawed conclusions?

“They’re no longer talking about what you and I would perhaps describe as autism. They’re talking about a different construct entirely".

Caption: Alicia McColl with son Kian Hollow, who has ADHD and autism. McColl no longer thinks about her son’s diagnoses, but simply the symptoms they give rise to.