Autistic families: an autistic child who does not have a learning disability and a child living with both conditions. How do families respond to the widely differing challenges faced by their children? 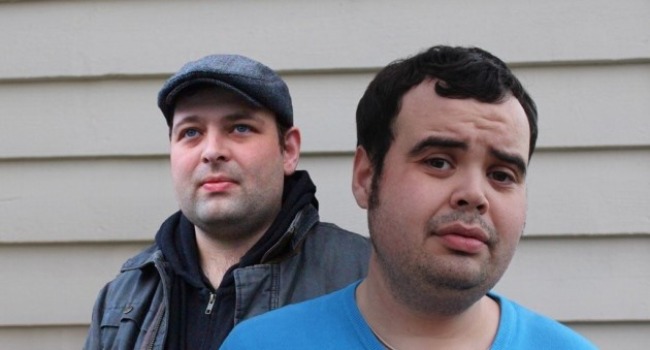 Jane McCready’s 25-year-old step-daughter is autistic but does not have a learning disability. She went to a mainstream school, studied politics at a leading university, now has a promising career, and lives an independent life with her partner.

"[It's] equally important that they adapt to their own uniqueness, gifts and skills as well as challenges and difficulties”.

Where the similarity ends

Johnny has a learning disability and autism. He will never live a life without support and has almost no understanding of the risks posed by electricity, water, strangers and roads, says Jane.

For Jane, 56, from London, the differences between autism with and without a learning disability are like “chalk and cheese”.

As well as his neurodevelopmental conditions, Johnny also has a congenital heart defect and type one diabetes that will leave him needing insulin injections five times a day for the rest of his life.

His mother sees parallels in the differences between type one and type two diabetes and severe autism with a learning disability, compared to those more mildly affected by their condition. While type two is often linked to age, being overweight and inactive, type one is unconnected to these factors. Also, the treatment response differs between the two — insulin is not used for type two in the early years. Instead, diet, exercise and medication to lower blood sugar levels is the usual treatment response.

And just as diabetes in its different forms requires a tailored response, so does autism, says Jane.

Jane believed that mainstream education would fail to provide her son with adequate support. Instead, she opted for autism’s most controversial approach, applied behaviour analysis (ABA), which attempts to build positive behaviours and skills through rewards.

Jane has so much faith in the therapy’s benefits that she started a campaign to compel councils to fund it for all families who want it.

Teacher Jane, who runs the website ABAAccess4All, says Johnny’s language and self-help skills have improved because of ABA. He can wash and dress independently and is open to experiences like dining out because the therapy helped him overcome the sensory challenges this might present for some autistic people.

Jane says anyone who questions the real differences between autism with and without a learning disability has no “lived experience” of severe disability.

Instead, Jane insists they speak always from the perspective of intellectually able autistic people, while contemptuously denying the distinctive needs and rights of the learning disabled to a support response tailored to them.

Brothers Jack and Thomas Clements both have autism.

But while Thomas says he has what would have been once diagnosed as Asperger's syndrome, his brother has severe autism and a learning disability and their challenges are worlds apart.

Thomas, 31, from Essex, has mastered four languages and worked in China as a teacher. He says Jack’s verbal communication is limited to “single words and basic phrases”.

In his book 'The Autistic Brothers', Thomas writes: “Jack, an angel though he is, will never be able to live the life of an ordinary adult. He will require full-time care for the rest of his life which will necessitate someone keeping his bottom clean.

“We all love him dearly, but at the same time we are forced to swallow the bitter pill that he will never have a career, a house, a car or a family like the rest of us".

Thomas says the structure, compassion, and purpose provided by St Elizabeth’s is crucial for Jack and for parent carers Phil, 61, and Maria, 55. He added: “It’s there that Jack can thrive as a human being in a caring, nurturing environment with staff who are loving, kind and dedicated to helping him and other people like him take part in activities and practical work that give him a sense of purpose and meaning.”

Dr Thomas Armstrong, executive director of the American Institute for Learning, says he is “not a fan” of ABA.

The technique is controversial and many compare its reliance on rewards to dog training. ABA has also been branded a “normalising” therapy designed to suppress autistic behaviours. Social acceptance would do a better job of supporting autistic people than ABA, neurodiversity advocates claim.

In an email Armstrong, author of 19 books including 'Neurodiversity in the Classroom', wrote: “It (ABA) does work, but only because of the reward system — this is really a more fundamental disagreement with the behaviorism that underlies it.

“Kids improve in order to get the rewards, not because the behavior itself is rewarding — this makes it an external controlling strategy".

Armstrong says he prefers “internally empowering strategies” and favours Stanley Greenspan’s floortime approach because it is “child-centered and is based upon taking cues from the child to engage in playful behaviors”.

He says Greenspan’s approach is “appropriate for individuals who are diagnosed with both autism and intellectual disabilities”.

Armstrong says he worked as a volunteer with the “severely disabled” at a Massachusetts special educational school, and had “one or two” students with “higher functioning” autism while working as a teacher in the 1970s and 80s.

The educationalist, who admits he has “limited” hands-on experience with people with autism and learning disabilities, says he understands families who see ABA as “an effective way” to help “lower functioning” people with autism adapt to “social rules”.

But he insists it’s “equally important that they adapt to their own uniqueness, gifts and skills as well as challenges and difficulties”.

Caption: Johnny McCready at home in the paddling pool he’s been using instead of going swimming during the coronavirus lockdown.

Caption: Brothers Jack and Thomas Clements (in the cap), who share an autism diagnosis, but face hugely different challenges.