Parent power has seen Bristol City Council ordered to reverse £5m of special needs spending cuts by the High Court. Families in other regions are now eyeing up the Bristol decision and preparing to take on their own councils to protect their children. Darren Devine speaks to them. 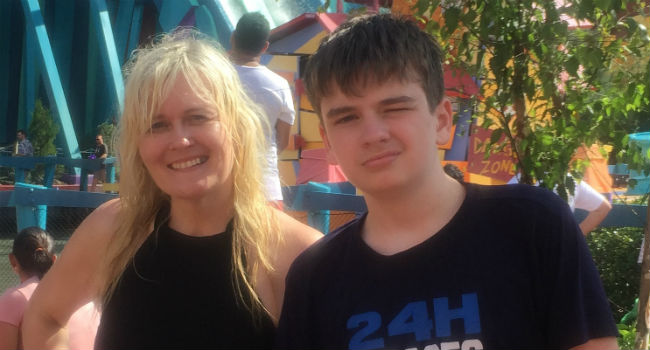 They had no regard for children’s welfare and were only interested in balancing the books — that was the damning indictment that in August saw £5m worth of cuts to Bristol City Council’s special needs budget quashed.

In the High Court judge Barry Cotter QC ruled the cuts were unlawful after three mothers of special needs children took on the council over the reduction.

Bristol has since said it accepts the ruling and the cuts will not be made when the 2018/19 budget is restated in October and November.

The episode has been followed closely by other parents elsewhere facing councils similarly focused on heavy cuts to resources for vulnerable children.

Parents are also actively challenging Hackney and Surrey councils in the courts to reverse cuts.

Further groups have set up campaigns on Twitter to challenge cuts in Trafford, in Manchester, Waltham Forest, in North East London, and North Yorkshire.

Project management officer Alicia McColl, 44, who is one of four parents leading a campaign to prevent £21m of special needs cuts in Surrey, believes the Bristol decision has given massive encouragement to families.

McColl, from Farnham, in Surrey, whose 14-year-old son Kian Hollow has autism and ADHD, helped crowdfund £2,850 for a judicial review to block the Surrey cuts.

The mother and her fellow campaigners are preparing for their court battle on October 2 and 3.

She said: “It just seems really odd that considering our argument is very similar to the one of Bristol that Surrey is continuing to court.

“I wonder if they are trying to send a message to central government that they don’t have the money.”

In Hackney, London, a campaigning parent group has used a mix of crowdfunding and legal aid to take on the council.

Hackney Special Education Crisis claims the council has targeted special schools and wants to make cuts of nearly 14% before pressing ahead with further “significant” savings in April of next year.

Campaigner and full-time carer Gillian Doherty was fearful of the impact on five-year-old son Jack, who has Down syndrome.

Doherty went to a tribunal to secure the additional support Jack needs and says she and her partner, who works for the Foreign Office, also wanted to “ensure the rights of all children were protected”.

She added: “Children are already seeing inadequate provision and this will mean further cuts to specialist support and teaching assistant time.”

Doherty, 46, who with her partner and son has since left Hackney and is now living in Kenya on a temporary basis, says the cuts will also impact speech and language therapy.

In an exchange on Facebook Messenger Doherty, who says Jack is now attending an “amazing” fee-paying school in Kenya, wrote: “We were really concerned about the impact on him (Jack). After all the stress of going to tribunal it would have been awful to lose all of that.”

Lawyers Irwin Mitchell, who represent the Hackney families, will take the case to a judicial review at the High Court on October 31 and November 1.

In a statement Anne-Marie Irwin, an associate solicitor with Irwin Mitchell, said: "It remains our view that the local authority has failed to ensure that each child receives the level of help they require and that the proposals to reduce funding do not have the individual needs of a child in mind."

“These proposals would severely impact on some of the most vulnerable people in society.”

Elsewhere North Somerset Parent Carers Working Together says it shares many of the same goals of the protest groups springing up to fight special needs cuts.

But group chair Nick Flaherty says as with all parent carer forums rather than protesting against councils they engage with them to achieve their ends.

If a court rules a council failed to properly consult on the cuts the authority can then simply ensure they carry out a lawful consultation before imposing the savings originally planned.

Flaherty, 51, from Long Ashton, in North Somerset, whose 10-year-old daughter has a complex and life-limiting condition, said, “What the parent carer forums do is actually collect the evidence that says, ‘No, you’re not meeting the needs of the children with additional needs in the authority as it is’.

Flaherty says while he prefers cooperation with councils he accepts that sometimes a courtroom conflict is the only way to defend the interests of vulnerable children.

The Local Government Association (LGA) said they have been clear all along that central government should provide “significant, ongoing and sustainable funding”.

The LGA insists they need extra cash to “manage the rising demand in support from pupils with special educational needs and disabilities”.

In a statement they added: “We have previously warned that unless councils are given the funding to meet this need, they may not be able to meet their statutory duties and children with high needs or disabilities could miss out on a mainstream education.

“This is why we are calling for an urgent review of funding to meet the unprecedented rise in demand that councils are experiencing.”

A Department for Education spokesperson said they recognise the pressures on “high needs budgets” and have increased funding to help relieve them.

Image: Alicia McColl, with son Kian. The Surrey mum is one of four parents who have helped crowdfund a legal challenge to over £20m of special needs cuts in the county.