It has been the subject of endless protocols, campaigns and initiatives. Yet despite all these good intentions, children and adults with learning disabilities and autism, still, end up as the victims of bullying. Darren Devine reports in Learning Disability Today.

The settings, victims and perpetrators change, but the essentials of these stories remain the same, with cruelty at their core. One after another there is a steady drip-feed of tales of vulnerable children and adults struggling to endure their tormentors’ malice after being ruthlessly targeted.

In one of the latest incidents, 18-year-old James Tomlin was jumped from behind and beaten up by a group who stole £5 from him. His sister Steph posted images of his injuries on Facebook and said her autistic brother was an “easy victim”.

In another recent case the parents of 12-year-old Harry Gosling — a pupil at Brentwood County High School, in Essex — say bullying has left him thinking about taking his own life. They claim, Harry, who has ADHD, suffered bruises on his neck and chest after being tied to a tree.

But these are just two recent examples of abuse that will have formed a threatening backdrop to the lives of many people with autism and learning disabilities. 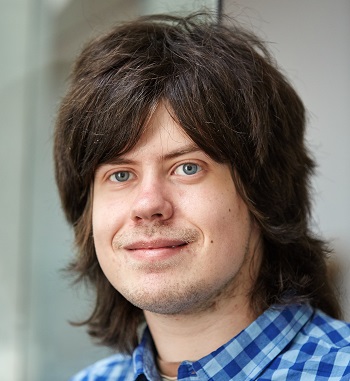 Jack Welch struggled through years of bullying at both his primary and secondary schools in Oxfordshire and Dorset. One incident left him with heavily bruised legs and thighs after he was pushed off a fence. The bruising left him feeling self-conscious about undressing for PE lessons in communal changing rooms. He still struggles with feelings of self-consciousness in public changing rooms, toilets or the shared bedrooms found in youth hostels.

The 23-year-old, who has Asperger Syndrome, said he suffered a “great deal of anxiety” and had occasional meltdowns at home and in school because of the bullying. In primary school he was “isolated and lonely” and struggled to develop friendships. He added: “Very much in secondary school it was more a case of abusive name calling — very much being targeted by certain individuals who would pop up time and again.

“They would use disablist language like retard and spastic, which were very unpleasant words that we don’t use so much today for obvious reasons.”

Welch, who now works for charities Ambitious about Autism and the Anti-Bullying Alliance, said the bullying was at its worst during his first year of secondary school in Didcot, Oxfordshire.

Although he didn’t realise it at the time Welch believes some of what he went through would now be viewed as “mate crime”. “People would freely ask me for small change and money or pens and pencils and cards.  “I wouldn’t get them returned or I wouldn’t be reimbursed for the money that I had loaned,” he added. 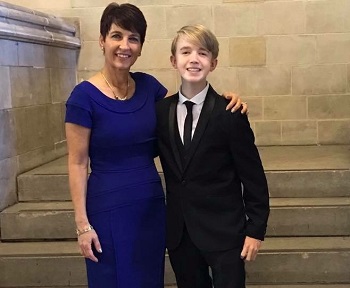 Ryan Wiggins, 15, from Watford, was given a Diana Award earlier this year for speaking out. The teenager, who was told to kill himself by bullies, last year made a video for autism charity Anna Kennedy Online.

Posted to YouTube the black-and-white film features Ryan, who also has Asperger syndrome, asking: “Will I ever know what it's like to get out of bed without feeling reluctant or stand on my own two feet without falling or stumbling? Indeed, not today. Maybe tomorrow.”

His mother, Jo Wiggins, says she took her son out of two primary schools because of bullying. She believes that while schools may boast a plethora of anti-bullying policies their reaction when confronted with the problem tells a very different story.

Wiggins, 41, a charity champion for Anna Kennedy Online, said neither of the primary schools she withdrew her son from attempted to persuade her to let him stay.

She said: “That (the bullied pupil leaving) for them is better. The response I got was, ‘Okay’. There’s no, ‘Oh no, we want him to stay.’ “Even though he was studious and a hard worker they would rather that (Ryan leave the school) than have to deal with the bullying side of it.”

Anna Kennedy, who set up her online charity after starting a school for pupils with autism in 1999, herself believes the way schools respond to bullying is a “postcode lottery”. In April 2013, after seeing an increase in parents writing to her about the problem, mother-of-two Kennedy, whose sons Angelo, 23, and Patrick 26, have autism, started her anti-bullying campaign Give Us A Break!

Kennedy, 56, has been encouraging schools to set up lunchtime clubs as part of her anti-bullying strategy.  She noticed that it’s during this time of the school day, when pupils can escape the eyes of their teachers, that they are most likely to fall prey to bullies.

The campaigner believes the professionals who could act as a barrier to bullying are often left ill-prepared for the challenges of autism. She said: “I still speak to teachers and various professionals where they might be doing their PGCE course and they are not getting that much training in it (autism) at all. “It might be half a day’s worth — I’ve heard of some people where they just got an A4 piece of paper on autism.”

But, she says, “there’s one in 64 kids (that have) been diagnosed with autism — that’s a lot of children and a lot of adults-to-be. “It’s almost like an autism explosion if you like — you’ve just got to put the support in place.”(1)

Research by the National Autistic Society (NAS) in 2006 found that more than 40% of children on the spectrum experience bullying. Those targeted reported damage to self-esteem, mental health and progress at school. Some withdraw from school altogether, while others never fully recover from their experiences.

The NAS said for those with Asperger syndrome, or high functioning autism, the figure may be even higher — one study put it at over 90%.

In 1999 Mencap published Living in Fear, which was their first report on hate crime. It showed nearly nine in 10 of those with a learning disability had been bullied in the previous year, with almost half verbally abused and nearly a quarter physically assaulted. For many, the bullying was taking place on a daily or weekly basis.

One of the most horrific cases to emerge in the last decade was that of Fiona Pilkington and her 18-year-old daughter Francecca Hardwick, who had severe learning difficulties.

In October 20017, to escape the agony of their life in Barwell, Leicestershire, Pilkington turned her car into a fireball as she and her daughter sat inside. Pilkington’s family said she and her daughter had suffered ongoing anti-social behaviour, harassment, victimisation and bullying at the hands of local youths.

An inquest decided the response of the local police and the council contributed to Pilkington’s fateful decision. The police failed to link up to 33 serious complaints made by Pilkington over ten years and the bullying was not treated as a hate crime.

But how different would an official response be now?

Joe Godden, a Professional Officer for England with the British Association of Social Workers, insists the much tighter regime that exists now makes any repeat of the Leicestershire tragedy unlikely. He said: “I’m pretty confident that that would be dealt with differently. The police have got hate crime units and it’s now a crime. I’m pretty convinced that once they are known about, these things are more likely to be dealt with.” 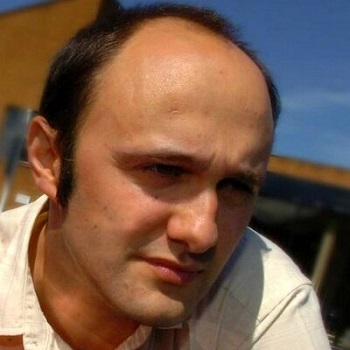 But Godden admitted there are still “complexities about what can be done” in situations where someone with a learning disability is being targeted by multiple tormentors. He said ‘mate crime’ is more difficult for social workers to tackle and, though common, the offence is often hidden.

A trustee of learning disability charity Cheshire Advocacy, Godden told of one victim who had people sleeping in his house and taking his money. He said: “We certainly got the police involved. There were practical things we could do in terms of securing his money. Obviously (we) worked closely with him as to what he wanted to happen because he had reasonable capacity — he understood that these weren’t really mates and he was being exploited.”

Godden said the victim decided to be rehoused into semi-supported living, while the people exploiting him were charged by the police. He added: “That’s always a bit of a risk because you don’t move people 50 miles — you might move them five miles, but you just hope that the threat from the police and the courts would make a difference really.”

Darren Devine is a freelance journalist and has a 19-year-old daughter with autism.

(1) Anna also runs performing arts group Autism’s Got Talent at London’s Mermaid Theatre for people on the spectrum. She maintains that around 60% to 70% of those who take part will have experienced bullying.

If you’re keen to enter next year’s show email a video of yourself to lisa.robins@thevines.org.uk