A new study, the first of its kind, has shown that children with autism engaging in therapeutic horse riding received both immediate and long-term benefits. Evidence shows that direct contact with horses has many long-term benefits including a reduction in irritability and improvements with word fluency and communication. Hyperactivity was also reduced immediately, but this was not a lasting effect. 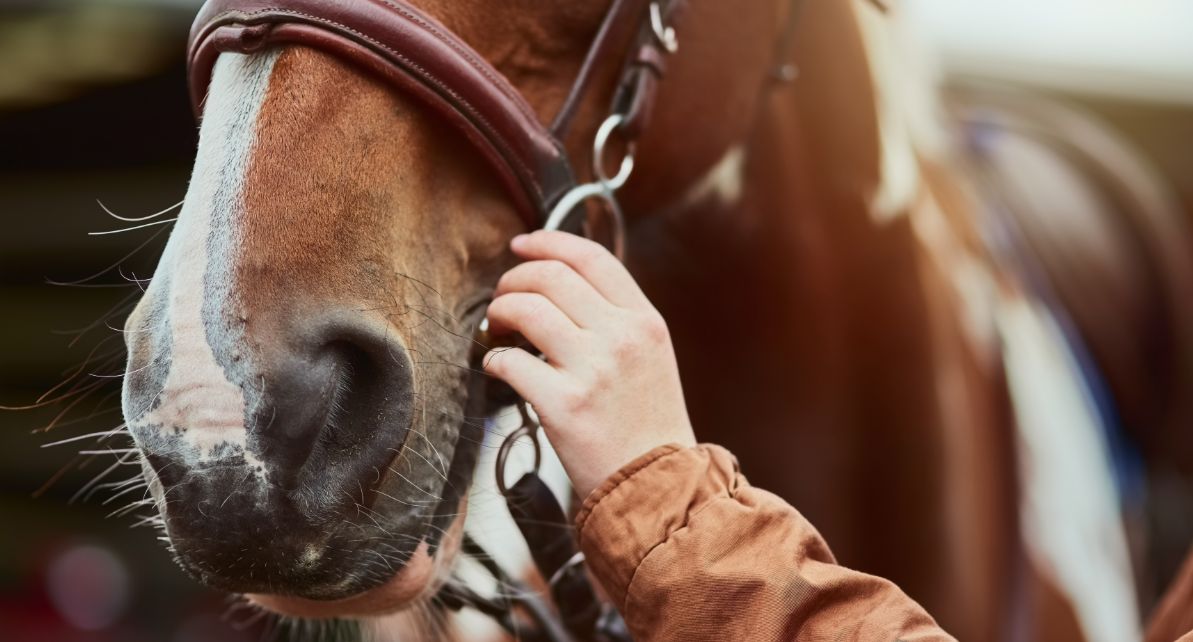 In the first large study of its kind, researchers at the University of Colorado Anschutz Medical Campus have shown a lasting reduction in irritability and other positive social and communication impacts on children with autism through therapeutic horse riding.

"After he has spent an enjoyable afternoon there, he is calmer, and his behaviour is more relaxed into the evening".

“There is growing evidence that human-animal interventions can improve emotional health and social wellness in youth, particularly those with autism spectrum disorder,” said the study’s principal investigator, a professor of psychiatry. “Our study was rigorous and the findings remarkable.”

The study, which had 127 children ages 6 to 16 years as participants, was the first to show that engaging in 10-weeks of therapeutic horse riding resulted in significant improvements in the following areas*:

The researchers then did a 6-month follow-up of 44% of the participants from that initial study, showing that the initial benefits of 10-weeks of therapeutic horse riding in this same population can have lasting benefits.

Specifically, this follow-up study revealed that the therapeutic horse riding group maintained their reductions in all of the areas above apart from hyperactivity.

The research provides evidence to show that therapeutic horse riding may be an intervention that leads to the longer-term maintenance of initial benefits gained from equine therapy.
Yet the physiological mechanisms behind this remain to be discovered.

Why it is that autistic children benefit from therapeutic horse riding

Some theorize that children diagnosed with autism spectrum might gravitate toward horseback riding because they are more comfortable with familiar routines.

“Horses are known to prefer the same routine, the same stall, the same path or route, and the same habits, similar to children with autism,” wrote L. Eugene Arnold. “More importantly, horses are content to be guided by nonverbal communication but are amenable to verbal instruction, allowing children to experience and practise the power of communication by controlling a much stronger force than themselves in ways within their repertoire.”**

He also noted that a horse’s rhythmic stride can have a calming effect on the brain.

The study indicates that human interaction with animals can be beneficial on multiple levels.

“Most pet owners are only too aware of the ‘feel-good factor’ associated with pets in their lives. The important thing is that there is also a growing body of measurable scientific evidence showing the emotional, social and psychological benefits of interacting with animals,” said Dr. Darren Logan, Head of Research at the WALTHAM Centre for Pet Nutrition. “This impressive study provides a positive indicator of how animal-assisted therapy can play a role in improving the developmental outcomes of children and youth in the future.”

It is unclear from the research whether therapeutic horse riding is a programme catered and adapted towards individuals with autism, or whether it is ordinary horse riding that has a therapeutic effect.

Rupert (age 10) was diagnosed with autism spectrum disorder and often has difficulty expressing his thoughts and emotions if distressed. Naomi had heard about the potential benefits of animal assisted therapy and began bringing Rupert to after-school sessions at Equicate, a local equine-facilitated learning initiative, in June 2018. Donna Hall, founder of Equicate and Rupert's instructor, is an experienced special needs teacher trained in neuro-linguistic programming.

At first, Naomi was concerned that Rupert, who has grown up around farm animals, may not take to horses so well, as their temperaments can be quite different to smaller animals. She needn’t have worried however, as the experience has been incredibly positive. "Rupert has always liked horses, and he is able to really 'switch off' and relax around them", says Naomi. "It’s a very relaxed environment, and there’s been a noticeable improvement in his temperament and confidence when at the yard, as well as a reduction in his anxiety."

Naomi notes that on the days where Rupert is reminded he is riding after school, he tries harder in classes, as he realises that his behaviour and efforts at school can correlate to how enjoyable his experience is at the yard with the horses. "After he has spent an enjoyable afternoon there, he is calmer, and his behaviour is more relaxed into the evening" explains Naomi. "Although he still struggles to express his emotions and thoughts verbally when he’s distressed, there has been a visible improvement in his physical responses in certain situations, and his reactions in unfamiliar social settings with others are becoming less adverse."

Although 10-year-old Rupert has only been involved in the therapy for a few months, Naomi is already a strong advocate for its positive benefits and would encourage parents in a similar situation to consider exploring the potential of therapeutic horseback riding.

* compared to a barn activity control group that met at the riding center to learn about horses, but had no direct interaction with horses.

**  MD, MEd, of The Ohio State University in an editorial in the Journal of the American Academy of Child & Adolescent Psychiatry about Gabriels’ 2015 study.