How are successful accommodation transitions achieved? Here's one example, achieved after learning disability charity Walsingham Support created a routine for Ryan and helped him avoid his trigger points. 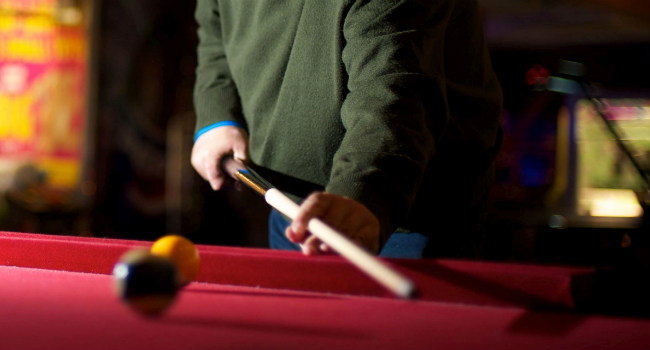 Ryan had been in a secure unit since the age of 15 and the possibility of living independently was never an option. However when, at the age of 27, he was diagnosed with autism alongside his mental health issues, things changed radically. The new diagnosis allowed the local authority to look for solutions outside of mental health services.

"Support staff established a plan with him, for what he wished to do for each day when he transitions into his own home. He chose Mondays as his shopping day, which he still sticks to."

The Walsingham Support team knew that the key to delivering a working solution for Ryan was creating a daily routine to avoid the triggers that affected his behaviour, and that would take time.
The manager that led the team says, “From the beginning, we made it clear to everyone involved that we didn’t want him to move until we had established something that would really work for Ryan.”

The team spent a full two months working with Ryan to create a routine, something that had never been tried before, that he could follow once he moved into his new home. The first challenge was with showering, and with careful discussion with Ryan it was agreed that he would have a shower at 10am every morning.

This “rule” became the structure that gave Ryan a reason to get up and get out in the mornings, as he was spending his days lying in bed. With staff following the routine with Ryan, he then decided he would have relaxing baths on three days of the week, and showers the other four. This has helped Ryan to make plans moving forward.

The next step was to help him be out and about in the community and do daily tasks. Support staff established a plan with him, for what he wished to do for each day when he transitions into his own home. He chose Mondays as his shopping day, which he still sticks to.

There was much more work to be done, but this was the starting point for Ryan to develop skills, and help manage the voices in his head.

This tailored approach fits in with Walsingham Support’s work across the country, helping people with a range of needs, from autism to learning difficulties. They believe that support should be flexible and personalised, unique to the individual, enabling them to reach a higher level of happiness and independence.

Ryan went from being someone who hadn’t felt able to take a shower in eight months, to someone who showers daily. He has gone from taking daily medication to control his anxiety, to occasional medication to help with his schizophrenia. On top of this, he has been to have a haircut, he cooks his own meals and chooses when he wants to eat: small things that have a massive impact.

A recent review by Ryan’s psychiatrist reports that he is the best he has ever been. Ryan says, “I am happy now and know nothing is going to go wrong. I have quality time with my father because there are fewer distractions in my flat.”

Ryan’s father Gerry says, “I can’t believe the difference in my son. I go to bed at night knowing now that he is happy, and safe. When I visit him, I feel I am actually visiting his home, and not just a hospital environment. Ryan enjoys my company now, and I enjoy his.”

The rewards of this approach go far beyond the obvious benefits to Ryan and his family. Making the transition from secure unit to independent living also delivers a huge financial saving for the local authority.

Names in this article have been changed.

If you or someone you know has been affected by the issues raised here or would like advice about the transition to supported living, please contact Walsingham Support by phone on 0333 405 1030 or by email at enquiries@walsingham.com