It can go hand-in-hand with physical, financial and sexual abuse and see people victimised by extended families. And new research shows people with learning disabilities may be among the most vulnerable when it comes to forced marriage. Darren Devine reports. 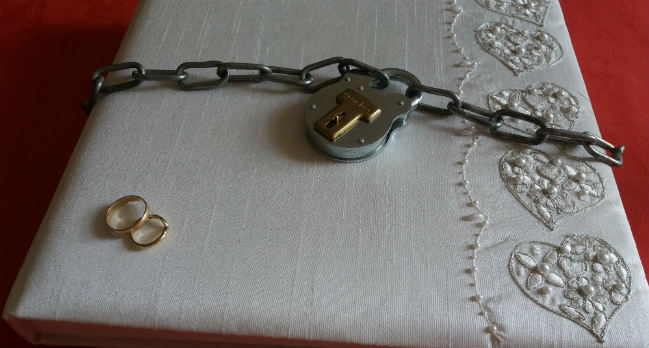 She was taken to Pakistan by her mother on the promise of a holiday, but found herself being forced to marry a man nearly twice her age.

"There is still much work to be done to educate communities about the difference between an arranged and a forced marriage."

In a landmark first conviction the mother, who cannot be named for legal reasons, was last month sentenced to four-and-a-half years in prison at Birmingham Crown Court on charges of false and forced marriage and perjury relating to her 17-year-old daughter.

And new research suggests those with learning disabilities are among those at risk of forced marriage.

Assistant professor of social work Rachael Clawson believes statistics showing the number of people with learning disabilities at risk of being forced into marriage rising from 53 in 2010 to 125 in 2017 represent the tip of the iceberg.

The figures come from the government’s Forced Marriage Unit, but for Clawson forced marriage involving those with learning disabilities is a “hidden issue within a hidden issue”.

Clawson, of Nottingham University, was involved in a two-year research project, My Marriage My Choice, that looked at forced marriage and learning disability.

Forcing those with learning disabilities to marry was outlawed in 2014. Forced marriage does not have to involve kidnapping, tricking or duping.

If someone with a learning disability does not have capacity to consent, any marriage will fall foul of the law.

Clawson and fellow researchers found family members, religious leaders and some professionals were unaware of the law on how capacity to consent is crucial in deciding whether a marriage is forced.

While Clawson insists forced marriage can happen to anyone, figures show the problem is most marked among families with origins in the southern Asian countries of Bangladesh, Pakistan and India.

And she admits past investigations may have lacked robustness because professionals were afraid of being accused of cultural insensitivity or racism.

Clawson added: "Quite rightly over the last 10 years there’s been a lot of effort put into social workers and other practitioners working in a more culturally sensitive, culturally appropriate way.

“Unfortunately, what I think has happened there is that it’s meant that people don’t question practices that might be abusive because they see them as being part of that culture.”

Forced marriage sometimes involves deception on both sides. It’s often the case that the spouse is unaware their new husband or wife will have a learning disability.

Life within a forced marriage for those with learning disabilities can be horrific. They can be abandoned if the spouse is coming from abroad.

Also, sexual and physical assaults and financial abuse can be common.

However, Clawson says there are grey areas where even though the person appears to lack capacity the marriage seems happy.

In these cases it’s not always clear that the person needs to be “rescued” and every case has to be treated on its merits, Clawson maintains.

Clawson, who worked as a social worker for 14 years before becoming an academic, came across one case where a woman, who seemed to lack capacity, married a man from south Asia.

The couple have a child together and Clawson says the woman is “living happily with her husband and their child within the extended family”.

Also, the couple were married around 10 years ago before the law changed so their relationship could not legally be classed as forced.

Clawson admits that though the relationship appeared happy the woman’s apparent lack of capacity means it’s impossible to be certain.

“No you can’t (be sure), absolutely. And in terms of having a sexual relationship you’re breaking the law,” she said.

The ILO said more than 90% of forced marriages took place in two regions — Africa and Asia and the Pacific.

As one of the founders of the UK’s Forced Marriage Unit Mandy Sanghera has campaigned on the issue for nearly three decades.

International human rights activist Sanghera, from Warwickshire, began campaigning when a friend with a learning and physical disability became a victim.

The friend was a victim of violence and was financially exploited by her husband, who left her after getting a visa to come to the UK.

Sanghera pressed the UK government on the issue, but when she started campaigning she encountered a lot of professionals who simply saw forced marriages as arranged nuptials.

The campaigner, who has dealt with over 300 cases of forced marriage, said: “There was nobody understanding capacity. Nobody was understanding the reasons why this was happening.

"It was different for disabled people. It was always about having a carer."

Sanghera, whose family is originally from India and Pakistan, said often when parents get older forced marriage is not "coming from a bad place", but  "a place of desperation".

Communities must be educated as well as professionals, says Sanghera.

"What I will say to people and people quote me all the time — we need to be clear about protection and not political correctness."

Sanghera, who has addressed the US House of Representatives on honour-based violence, added: "There’s nothing honourable about abuse or anything in the name of honour."

Deborah Kitson, who worked on My Marriage My Choice with Clawson, said there is still much work to be done to educate communities about the difference between an arranged and a forced marriage.

Kitson, who is chief executive of the Ann Craft Trust, which works to safeguard disabled adults and children at risk, said: "There will be carers who will be mortified to think that what they might be planning is forced marriage.

"So we need to have those sensitive conversations with those families."

Image: The front cover of Rachael Clawson’s report, My Marriage My Choice.