Elsewhere, former Disability Rights UK Chief Executive Liz Sayce has been appointed Chair of the new Commission for Equality at the Centre for Mental Health. 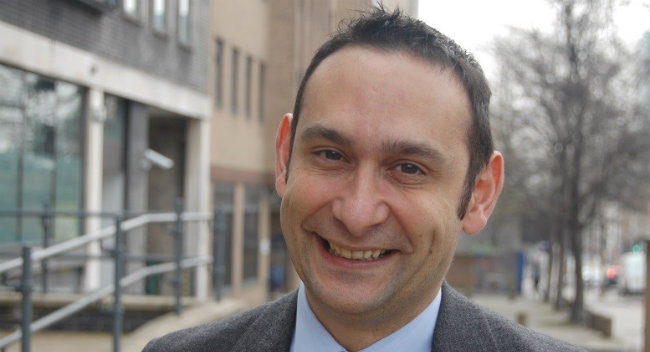 Kramer replaces Gillian Morbey OBE, who has been leading the disability charity since 2010.

Kramer joined Sense in 2013 as Deputy Chief Executive and has been responsible for the oversight of operational services, fundraising, quality, and business development functions, as well as policy and communications.

“I am immensely proud and humbled to be appointed CEO," said Mr Kramer. "Over the last five years I have been touched by the incredible work Sense do."

"This is a charity that I love and which matters to me. Sense’s work is vitally important and we continue to strive to bring positive change for the people we support and their families.”

Dr Justin Molloy, Sense Chair of Trustees, said Mr Kramer would bring a fantastic understanding of the charity's work and the people we support.

"Richard will be an outstanding leader and his knowledge, passion for the cause and vision for Sense will help us support more families and people with complex disabilities."

Ms Morbey will retain her links at Sense in the position of Social Enterprise Advisor, supporting the charity to oversee the next phase of TouchBase Pears, an innovative new centre based in Selly Oak, Birmingham.

Elsewhere, former Disability Rights UK Chief Executive Liz Sayce has been appointed Chair of the new Commission for Equality at the Centre for Mental Health.

Ms Sayce said: "From tackling the social and economic determinants of mental health to improving the help offered to marginalised groups of people by mental health services, the Commission’s agenda is wide ranging and ambitious."

"We will look widely for solutions, seeking evidence from different sectors and internationally about what could make a difference to people’s lives."