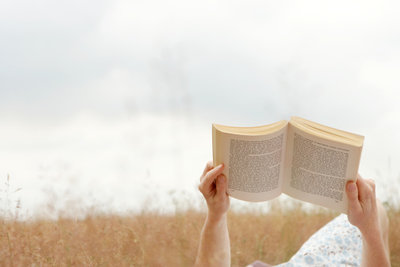 A group of 8 students from Blackfriars SEN school in Newcastle have written and published a 120 page mystery story in just five days as part of a partnership with the White Water Writers voluntary project.

The group of students, which includes diagnoses of epilepsy, dyslexia, Tourette’s, diabetes and six separate diagnoses of autism spectrum disorder, were asked only to write a book set in World War I, with an element of time travel and an element of mystery.

Dr Yvonne Skipper, Psychology Lecturer from Keele University, who worked with the students throughout the week, said: "It’s been really enjoyable to work with this group of students, fantastic to watch them all gel with one another.

"It was interesting to see how they pieced together the narrative and they’ve been so creative. The story we have isn’t from one mind; it’s instead a combination of sub-plots, which have come together. The students have really weaved them together in a beautiful way; it’s been wonderful to watch."

The writers brainstormed on a storyboard their narrative on the first day, drafted it for two more days and polished and proofread for the last two.

Dr Joseph Reddington, who developed the process, said: “After the first day, each writer takes responsibility for a character’s path though the novel. So if I'm responsible for 'Dorothy’ I look at these scenes, I make sure that Dorothy's story has life and vigor, that it flows narratively and that she is a rich three-dimensional character, I trust my fellow writers to be doing the same with their responsibilities and when Dorathony is influenced by their actions so am I.  Dorothy spends much of the book with 'Steve' so I spend much of my time writing with 'Steve's writer'."

White Water Writers are working with a range of groups all over the country, including gifted and talented students, primary schools, SEN schools, and people from a care background.