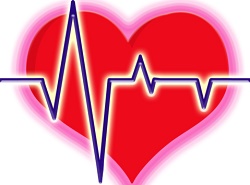 Cancer and coronary heart disease rates are a third lower in people with learning disabilities compared to the general population, but this may be because medical staff are missing the signs and not diagnosing them, research has found.

Researchers from St George’s, University of London, said this could be because people with learning disabilities are less capable of articulating their conditions, and so medical staff may miss some indications of illness.

The study also found people with a learning disability are disproportionately more likely to have serious mental health issues like schizophrenia and mood disorders and chronic conditions such as epilepsy, diabetes, an underactive thyroid and kidney disease.

Researchers analysed electronic GP records of 14,751 adults with a learning disability, which included a range of conditions such as Down’s syndrome and autism, compared to 86,221 patients of similar age and sex in the general population.

Dr Iain Carey, of St George’s, University of London, said the findings on the incidences of chronic disease in people with a learning disability raise concerns over inadequate identification of some conditions. “The low prevalence of coronary heart disease is surprising given the high prevalence of risk factors including diabetes, obesity, an underactive thyroid, chronic kidney disease and stroke,” he said.

“Similarly, the lower prevalence of cancer needs further exploration because it may indicate late diagnosis or poorer survival. A potential alternative explanation for these findings is there are lower rates of smoking and alcohol use among adults with a learning disability, but it is hard to say without further evidence.”

The research also found that patients with learning disability were less likely to have longer doctor consultations and had lower continuity of care with the same doctor.

The research was published in the British Journal of General Practice.