Should individuals on the spectrum avoid or embrace 'obsessional' activities? 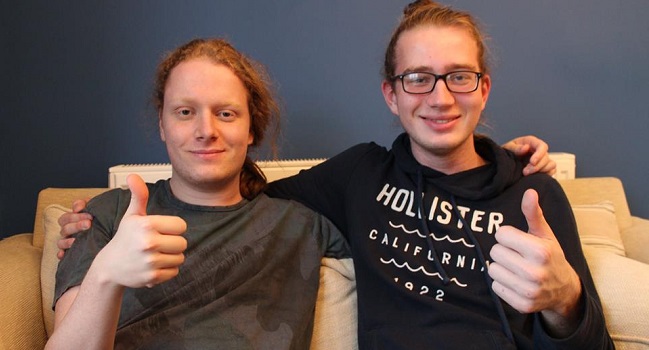 "If any child is discouraged from pursuing a passion, that will lead to feelings of self-doubt and worthlessness."

And Ziegel believes the all-consuming, obsessive passions that are one of the condition’s defining features have, at times, helped the twins.

Autistic obsessions can be a troubling conundrum for parents. Should they intervene in an attempt to broaden interests that seem so narrow they preclude everything else, or simply allow them to run their course?

While Thomas is passionate about running, Benjamin’s focus is fixed on music. Before running Thomas was a massive football fan with Fulham his chosen club.

His mother believes his interest in sport has helped him overcome some of the social challenges his autism brings.

Ziegel, 58, author of A Parent’s Guide to Coping with Autism, agrees: "He can now talk running with anyone he runs with. He went to the marathon and he was able to shout names out to people running that no-one else in the crowd knew who they were."

"And he entertained all the people around him by telling them all facts and figures about certain people running past."

Running out of track?

As a small child Benjamin’s passion was Thomas the Tank Engine, but he remained interested in the character long after the fascination had worn off for his peers.

"The problem for Benjamin was that he was still quite obsessed with it at 10," said Ziegel, from London, who has two other boys aged 10 and 17. "They were mainstream (school) with full-time one-to-one support, but if you got a mainstream child home as a play date for an hour or two they didn’t want to play with Thomas the Tank Engine."

"So that was quite hard because we needed him to generalise the things he played with better so that he could have friends."

It was at this stage that Ziegel felt her son’s Thomas obsession had to be managed to prepare him for the teenager years that lie ahead.

While never trying to stand in the way of her son’s love of trains she helped him express it in a more mature way by encouraging an interest in Hornby sets.

"Actually, the first Hornby set I bought was the Thomas the Tank Hornby, so it was a gentle move across from Brio trains, which are very much for little children, to a Hornby set that was Thomas and then other Hornby trains."

"So we kind of tried to move him away from that because it’s not terribly age-appropriate and it’s hard if you’re trying to mix with mainstream kids," said Ziegel.

Later Benjamin discovered drumming at the age of 14 and is now doing music at college.

Jones, from Anglesey, in North Wales, who was diagnosed with autism at 26, believes pursuing passions can help people with autism remain calm.

He believes that for those with severe autism, access to obsessive interests can be used as a reward to shape other behaviours. For example, allowing a child to enjoy a favoured activity after sitting calmly at mealtime.

In an exchange of messages Jones, whose passions include unidentified flying objects and Star Wars, and who set up the 'Church of Jediism', said a decision on whether to restrict access to an activity can depend on the interest itself.

He said if someone is passionate about weightlifting “there is only so much you can do before you become too sore to carry on doing the activity for that day”.

But Jones, who admits he has never worked or lived with anyone with severe autism, added if someone has a special interest in reviewing books "there is no physical harm" that could "come to that person by just reading books all day”.

Janine Booth, who is vice chair of the support group The Whole Autism Family, says she has found building on seven-year-old son Alex’s obsessions the perfect way to make breakthroughs.

She started using the technique when Alex, who has autism, was just two-and-a-half. She tried to connect with him through his fascination for Postman Pat.

In a message Booth, 36, from West Yorkshire, wrote: “It was a speech therapist who used Postman Pat to encourage him to communicate through speech.”

Booth said her son progressed from humming the theme tune to repeating key words in the song like ‘black’, ‘white’ and ‘cat’.

In an attempt to build on the success Booth went out and bought everything she could get her hands on linked to the show, including a replica toy van.

Playing with the van helped Alex improve his eye contact and follow instructions. Alex has since moved on to new obsessions like rubber ducks, fruit shoot bottles, Kinder eggs and spiky balls.

His obsessions have helped him learn to distinguish colours and shapes and to count.

Booth added: "He’s present now, where before he was in his own little world. He’s able to say common everyday words and slowly forming sentences."

"Before he grunted and pointed. This has helped his behaviour as he’s not as stressed because we are clearly understanding what he needs."

In a statement the group’s spokesperson Kat Humble said: "While from an adult perspective it may seem odd to have an encyclopaedic knowledge of Star Trek (for example), this could easily lead to an interest and eventual career in astrophysics, engineering, medicine or the military."

"On the other hand, if a child (any child) is discouraged from pursuing a passion, that will lead to feelings of self-doubt and worthlessness. Obviously this can have an impact on their future happiness."

The group, which is led entirely by people with autism, says intense passions in typically developing youngsters are praised and encouraged "without question".

"However, when an autistic child does the same thing, it's seen as an unhealthy obsession. We believe this is medicalising a perfectly healthy behaviour and comes from a place of misunderstanding," said Humble.

Image: Benjamin and Thomas Ziegel, who are passionate about music and running.