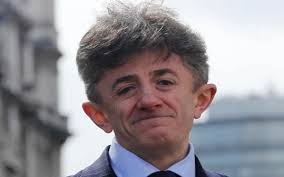 Lord Shinkwin, born with brittle born disease, is best known for campaigning work to change a British law permitting babies diagnosed with a disability to be aborted up to the moment of birth.

“There was a 56 percent increase in the number of terminations on grounds of disability after 24 weeks over 5 years between 2010 and 2015,” Shinkwin told Parliament last year, referencing UK Department of Health statistics.

“People with congenital disabilities are facing extinction,” he added.

The bill is set to be debated in Parliament again later this year, following June’s general election.

In his current role as chief executive of Action on Disability, Mallick has spoken out against moves to legalise assisted dying.