Parents of children with autism are regularly having to miss days from work, reduce their working hours, or give up their job entirely, according to new research by Ambitious about Autism. 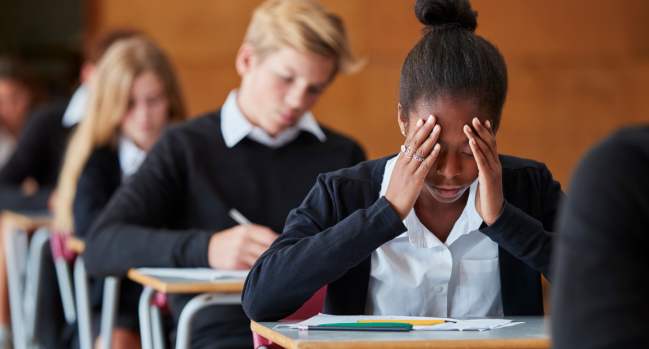 The charity surveyed over 900 parents and carers of children and young people with autism* to find out about their experiences of the education system.

The survey revealed the impact that school exclusions have on wider family life:

Parents also reported an increase in the number of unlawful exclusions affecting their children – with 56% saying their child had been sent home early, worked on a reduced timetable, or asked not to come on a school trip – without an official letter being received.

In 2016, 45% of parents reported that their child had suffered an unlawful school exclusion.

The survey also revealed wider problems with how children with autism are able to access the right support at school. Nearly 40% of those who have a child with an Education, Health, and Care plan (EHC) said they had waited over 18 months for an assessment. This is despite a 20 week statutory deadline for assessments. EHC plans place a legal obligation on local authorities to provide extra support for pupils with special educational needs.

Meanwhile 90% of parents said they stress of getting their child the right support at school caused them to lose sleep.

Jolanta Lasota, Chief Executive of Ambitious about Autism, said: “Children and young people with autism and their families are being badly let down by our education system.

“It’s very worrying that parents are reporting an increase in ‘unofficial’ exclusions – such as children being banned from school trips or sent home early. These add up to hundreds of hours of missed education, but they slip under the radar because they are not officially recorded. We must make sure schools are held to account if they break exclusions rules.

"The wider cost to families - and society - resulting from problems at school is very troubling. Parents are having to give up jobs to look after children forced out of education – creating even more stress and instability in their lives. We must work towards a more inclusive education system for the benefit of all.”

Earlier this year, Ambitious about Autism published findings showing official exclusions of autistic pupils have increased by nearly 60% increase since 2011.

Ambitious about Autism supports several recommendations to tackle the growing rise in autism exclusions. These include:

• Ensuring Ofsted has the power to thoroughly investigate unlawful exclusions and take appropriate action.
• All school staff - including teaching assistants and support staff – should be given training in understanding autism.
• Strengthening the accountability of the system to ensure schools and local authorities are incentivised to support children with autism. For example, examining whether to make schools financially and academically responsible for children they exclude or place in alternative provision.

The charity is running a campaign called We Need An Education calling for a fairer deal for children and young people with autism in education.

*Ambitious about Autism carried out an online survey between August 14 - October 2, 2018 completed by 901 respondents - Click here for the full statistical breakdown