Police figures obtained by the charity United Response show that fewer people are being charged or prosecuted for disability hate crimes despite ongoing increases in reports across England and Wales. 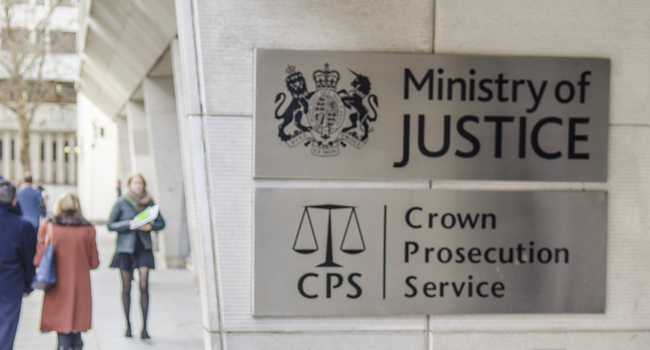 Not even 4% of all disability hate crimes investigated in 27 regions resulted in a successful charge or prosecution over three years, while the number of disability hate crimes committed by repeat offenders rose by 179%. More than three-quarters of the 34 police forces which provided Freedom of Information (FOI) data* ahead of this year’s National Hate Crime Awareness Week reported increases in disability hate crimes for their regions since 2016-17 – many by more than double.

"It’s clear that not enough is being done to prevent these crimes, in some cases leading to far too many freely committing the same offence again."

United Response is working with the authorities on an interactive video to make courtrooms more accessible and less daunting for people with learning disabilities. Fewer people are being charged or prosecuted for disability hate crimes across England and Wales despite continued rises in reports, disturbing new police figures obtained by the charity United Response reveal today.

How is hate crime defined?

In England and Wales the monitored strands of hate crime are: racially and religiously aggravated; homophobic, biphobic and transphobic; and disability hate crime.

These strands are covered by legislation (sections 28-32 of the Crime and Disorder Act 1998 and sections 145 and 146 of the Criminal Justice Act 2003) which allows prosecutors to apply for an uplift in sentence for those convicted of a hate crime.

The total number of disability hate crimes reported to the police has risen by 54% since 2016-17, during which time charges or prosecutions of these crimes have fallen by more than a fifth (21%).

Prosecution or charge rates for disability hate crimes are now so low, say police figures, that fewer than 4% of all 10,535 crimes reported across 27 regions over the past three years resulted in a successful punishment outcome. A mere 5% of disability hate crimes in 2016-17 resulted in a prosecution or charge, dropping to not even 3% of 2018-19’s offences.

34 police forces across England and Wales responded to FOI requests from learning disability charity United Response. Between them, they reported a total of 6,263 disability hate crimes in 2018-19 – a dramatic rise on the 4,079 offences among the same forces in 2016-17. The FOIs submitted also sought data on charge or prosecution rates and repeat offender frequency, but not all forces provided data for each theme. Figures from 27 forces highlighted successive yearly reductions in disability hate crime charges or prosecutions since 2016-17, both in terms of absolute numbers and as a proportion of the crimes investigated each year.

United Response says that while increases in disability hate crimes could in some cases be due to improved reporting efforts and confidence among victims, helped in part by its own joint working with the police, it would be wrong to not look at the root issues behind these disturbing figures – especially against the backdrop of dwindling charges or prosecutions and increased repeat offenders.

The FOI responses from police forces across the country cited a number of reasons for failed outcomes and convictions including suspects not being identified, incomplete investigations and, in some cases, victims not wanting to proceed. United Response is training care professionals and working with the authorities to empower victims to speak out and make sure fewer cases slip through the justice system.

“Just as last year, these figures are deeply worrying. The hard facts are that more and more people with learning disabilities or autism are being subjected to criminal harm and seemingly a smaller proportion of those responsible are being given the punishment they deserve.

“It is critical that these criminals are brought to justice in the right way but also educated on the hugely damaging impact their mindless and cowardly acts have on vulnerable people. It’s clear that not enough is being done to prevent these crimes, in some cases leading to far too many freely committing the same offence again.

"We’re committed to tackling this once and for all and are building on the success of our partnerships and campaign from last year to keep awareness of this worsening issue alive.

“Our easy-read resource continues to empower more victims to speak out, but we’re also working with HM Courts & Tribunals Service and the CPS on an interactive video to help make courtrooms more accessible – and less daunting – for people with learning disabilities.”

To find out more about United Response and its work supporting people with learning disabilities, visit www.unitedresponse.org.uk.