MP Tracey Crouch has been appointed by the Prime Minister after the government accepted a recommendation by the Jo Cox Commission. 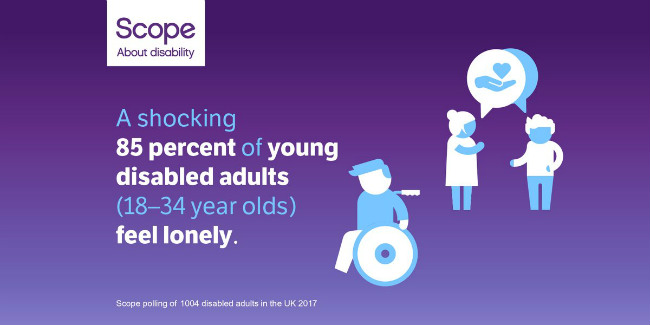 Mencap have led charities and other disability groups in supporting today's appointment of a Minister for Loneliness, a brand new ministerial position in Government.

Tracey Crouch has been appointed by the Prime Minister after the government accepted a recommendation by the Jo Cox Commission, set up after the former Labour MP was murdered in the run up to the 2016 General Election, for the new role to be created.

“Loneliness is particularly severe for people with a learning disability, with one in three young people spending less than an hour a day outside their homes on a Saturday and 50 percent experiencing chronic loneliness," said Ruth Owens, Friendships and Relationships Manager at Mencap.

“People with a learning disability tell Mencap this is an area of their lives they want our help to overcome."

We’ve put in place a range of programmes focussed on offering vital and affordable access to leisure activities aimed at bringing members of the public and people with a learning disability together."

“Organisations like Mencap can only provide a limited impact however. The new Minister must now take this opportunity to address some of the causes of loneliness and work with the Minister for Disabled People and Department of Health to ensure the financial support from social care and the benefits system aids inclusion in society."

Ms Crouch said: “I am sure that with the support of volunteers, campaigners, businesses and my fellow MPs from all sides of the House, we can make significant progress in defeating loneliness.

Jo Cox's widow Brendan sent as early morning tweet as the news broke, writing: "When the kids wake up this morning I’m going to tell them how - even though she’s not here - she’s still making the world a better place."