Victoria Baynton-Williams looks at how the educational path chosen for a child with a learning disability can shape their future. 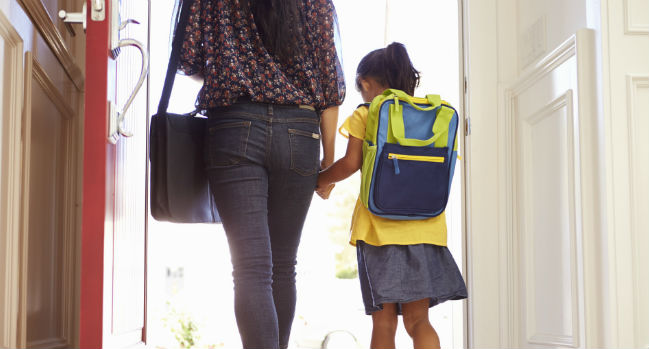 As a parent, choosing a school for your child can be a delicate business, but as a parent of a child with a learning disability it’s likely to be even more challenging. There is arguably more support and more options for children with learning disabilities these days and inclusion feels progressive. However, it doesn’t always make sense for children with special educational needs to be schooled in a mainstream environment.

Marie-Louise and Mark are parents to Andrew (now 29). They chose the mainstream route for his schooling, from primary through to secondary. Andrew was their second child and, living in a small village, it made a lot of sense for him to continue with his sibling from play-school to primary in a mainstream setting. They visited a special school for consideration, but felt that "‘Special School’ would make him special... In one school we looked at, his peers were physically bigger and exhibited challenging behaviour. Andrew would not have coped there. We thought he would learn more about the real world at mainstream."

They credit Andrew’s one-to-ones for his success in the mainstream settings. "He had a wonderful one-to-one carer in primary and junior school and benefited from her enormously. When it came to secondary school, it thankfully had an innovative Special Needs Unit, so Andrew thrived and did well. His teaching assistants were not always who we would have chosen but they always did their best. His reading, writing and number skills definitely developed."

Carol's daughter Hilly went to a Special Needs school from the age of four. "A firm group of friends was more important than the academic side of school life" and so, when it came to choosing a secondary school, Carol continued Hilly’s education at the setting. Hilly’s special school were excellent and supportive. "For me the special setting was about a solid peer group for Hilly and for her to be totally accepted amongst them without prejudice. I felt mainstream couldn’t support her enough socially and pastorally - the emphasis would always be on academia and Hilly would always be playing catch up and struggle and she would be aware of this.” Hilly, now 29, remains in a tight friendship group of adults with special needs from her school.

Although Andrew had a group of friends at secondary school, Marie-Louise notes that at the end of school, he was left without a core group to socialise with. “He made friends, but none who kept in touch.” She recognises this as a downside to choosing the mainstream route, but acknowledges the gain for his typical peers. "We know that Andrew made them more aware and able to accept disability and whenever we visit our old town Andrew’s school friends wave and stop to say hello."

For Carol, the only negative side to the special setting was the language. "Some of the students had little vocabulary, but this was more of a problem in early years schooling and if I had the choice again I would still send Hilly to a special school. I believe it’s enabled her to be an adult who is confident, socially aware and able to adapt in a mainstream environment.”

Hilly and Andrew both started school in the 1990s. A lot has changed since then and the opportunities for young people with a learning disability to be educated in a way that harnesses their social and academic potential are wider. We are also at a peak for “inclusion” and some may argue that separating children with learning disabilities and placing them in a separate educational setting is taking a step back.

No need for a binary choice

Leela Baksi is speech and language therapist who also happens to have a child with Down’s syndrome. She feels strongly that families shouldn't be faced with an "either/or" about 'mainstream' friends and friends with additional needs.

"I argue that our kids need opportunities to build friendships and relationships within three 'constituencies': mainstream peers, other children/young people with Down’s syndrome and other young people with other disabilities." Leela’s son is at a mainstream primary school, but attends several leisure activities allowing him to interact with children with Down’s syndrome.

Leela's son also goes to a football group that is for disabled children in general. Leela references Sue Buckley, Gillian Bird and Ben Sacks's An Overview of Development of Children with Down’s Syndrome. They say that "families and school staff need to do more to foster friendships in mainstream school and also ensure opportunities to socialise with other people with learning disabilities, which could be achieved by mainstream schools including everyone from the local community."

There is certainly something to be said for diversity in any child’s upbringing and an awareness that those who are seemingly ‘different’ can also have many similarities and a lot to offer. Of course every child is an individual and school choices will reflect that. What works for some, may not work for others. But are parents essentially choosing between friendships and a social life (special school) and a wider understanding of the world (mainstream)?

For Annette, a dual placement was a potential answer to getting this balance right for her son Charles, now 30. "It ended up being confusing, as both schools had a different set of rules. Charles thrived on routine and the two different settings with different routines just didn’t work for him."

What’s interesting is that all families consider the social skills and ability to make friends to be the most important aspect of schooling for their children with learning disabilities and all see it as achievable/a priority at the setting they have chosen. However, from the evidence, it could be argued that the secret to any child’s success at school comes from the people that support them: their parents or guardians at home, their teachers and/or one-to-ones and the children they make friends with. Not necessarily the setting at all.