Part Two of Learning Disability Today's Change It Up survey polled individuals with learning disabilities and/or autism about emotional and physical aspects of their health. Here we examine the healthcare approaches respondents said they craved. 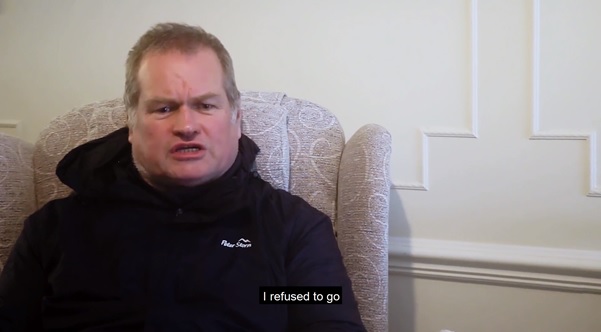 Isolation is the main driver of feelings of anxiety among people with learning disabilities and/or autism, according to a survey carried out by Learning Disability Today.

In the second part of our Change It Up campaign, we looked at how to improve healthcare experiences for patients with learning disabilities and/or autism.

We spoke to a total of 104 people about their experiences with their health, with the overarching aim of discovering views and lived perspectives on how they would like their care, support and accommodation to be designed and commissioned.

"Isolation was the most-mentioned catalyst for personal feelings of anxiety, underlining the competing challenges of supporting physical and mental health. The Change It Up survey was conducted just prior to lockdown."

Understanding how the healthcare experience can be improved for the 1.5 million in the UK who have a learning disability is a crucial step towards a future where their experiences and needs are recognised in the design and implementation of healthcare practice.

Our research involved several small-numbered focus groups and one-to-ones, to best ensure the purpose of this survey and the nature of the questions were understood by the person living with the condition, and that they were independent in their responses.

An overwhelmingly positive response. The most reassuring aspect in meeting so many of the people who took part in this questionnaire was the depth of positive feeling towards those who supported them. Some spoke of support workers from the past who were not so patient or understanding of their condition, but by-and-large the response of ‘Yes’ was emphatic from the majority.

What causes you anxiety?

Living near people I feel threatened by 14%

Isolation was the most mentioned catalyst for personal feelings of anxiety, which is particularly concerning since the beginning of UK government restrictions on movement (lockdown), in particular the act of shielding for those defined as medically vulnerable. If a few days in hospital made many feel anxious, we can only imagine the impact of 12 weeks of shielding from the outside world. There appeared to be no noticeable generation gap when answering this: a stay in hospital and the fear of conflict are somewhat universal causes of anxiety at all stages of life. Sensory triggers like loud noises also registered with a considerable portion of those asked. Being alone and in loud, busy environments were often mentioned in conjunction with a stay in hospital.

I feel healthiest when...

The results show conflict as a frequent response yet again. Often these conflicts were with housemates, or staff in the person’s supported accommodation. While grief and loss bring feelings of sadness, a sense of conflict brought confusion as well as sadness. Often, it was mentioned that conflict with people such as housemates involved being shouted at or being treated unfairly, and if the source of the conflict was not understood, this led to a sense of sadness – “I don’t understand why they shouted at me” / “they were not nice to me and I don’t know why”.

I feel healthiest when...

Physical exercise and the outdoors are key to feeling healthy, and many we spoke to were members of a social group that involved exercise and socialising. So how many get to exercise as much as they would like to?

I exercise as much as I want

The key to each answer here was assisted support. Those who had regular support would exercise on routine days of the week, but those who responded ‘no’ often replied that they would do more if they had the access to do so, be it through a support worker or available transport. To the majority, exercise was enjoyed as part of a club or organised facilities, be it a swimming club or a table tennis club. The social aspect of this, seeing friends while exercising and engaging in activities, was evident to see. Very few, if any, exercised alone.

I know what sexual health means

The responses to this ranged widely based on the LD condition and the mental capacity of the person asked. Some had recently discussed sexual health as part of a supported focus group.

Support staff were the first point of trust and assistance for the majority of those we asked. This highlights the importance of the relationship with support staff, and the staff’s understanding of their condition and communication methods.

The ability to communicate pain or discomfort sufficiently for health professionals to understand and subsequently diagnose is essential. Many people in the UK with learning disabilities and / or autism are non-verbal, so the support staff around that person must learn to understand their communication of pain through emotions. For someone to be sat in a hospital and unable to convey to medical staff the location of their pain, or its severity, must be unimaginably frustrating and upsetting.

When I need to see a doctor, I feel…

This is a reassuring result. While a hospital stay was a regular response to the questions of anxiety, a trip to the doctors, to the majority, was a good thing, and offered some reassurance that their medical needs were being addressed.

Understanding the nature of their medicine varied greatly within the group we asked, regarding why it is prescribed and what would happen if they did not take it. This is where the issue of trust in those who support them is clearly so essential.

Change It Up together

Share your thoughts by commenting below or let us know who you want to change it up for on Twitter using #Iwanttochangeitup.

Learning Disability Today interviewed 104 participants with a learning disability, an autism diagnosis or both in February and March 2020.

Social media respondents were able to self-identify as autistic, learning disabled or both.

Three face-to-face focus group sessions involving individuals with severe, moderate and mild learning disabilities and two individuals with ASDs were facilitated, along with four solo interviews that were recorded on camera.

88 respondents participated digitally through social media polling. The responses of one organisation known to be passing as an individual was disqualified.

Twitter poll responses are anonymous, so there is no way of disqualifying Twitter contributors who may have already contributed on Facebook or face-to-face, or accounting for how many unique polls Twitter followers contributed to.

Brighton Table Tennis Club, Grace Eyre and Speak Out Brighton supported the research in terms of allowing us to attend pre-arranged events, but no previews of research findings, write-ups, graphics or videos were shared by Learning Disability Today with any of these organisations. We thank these three organisations for allowing us to work independently throughout all stages.

One non-verbal individual was supported to participate through the use of a communication book and the support of a support worker.

Results from questions not published today are being published from April - July 2020 on www.learningdisabilitytoday.co.uk/change-it-up