Home or away? When it’s time for an adult son or daughter with learning disabilities to fly the nest, should parents opt to move out so they can have round-the-clock care in the home they have always known, or is a fresh start in supported living the better option? Darren Devine explores the options. 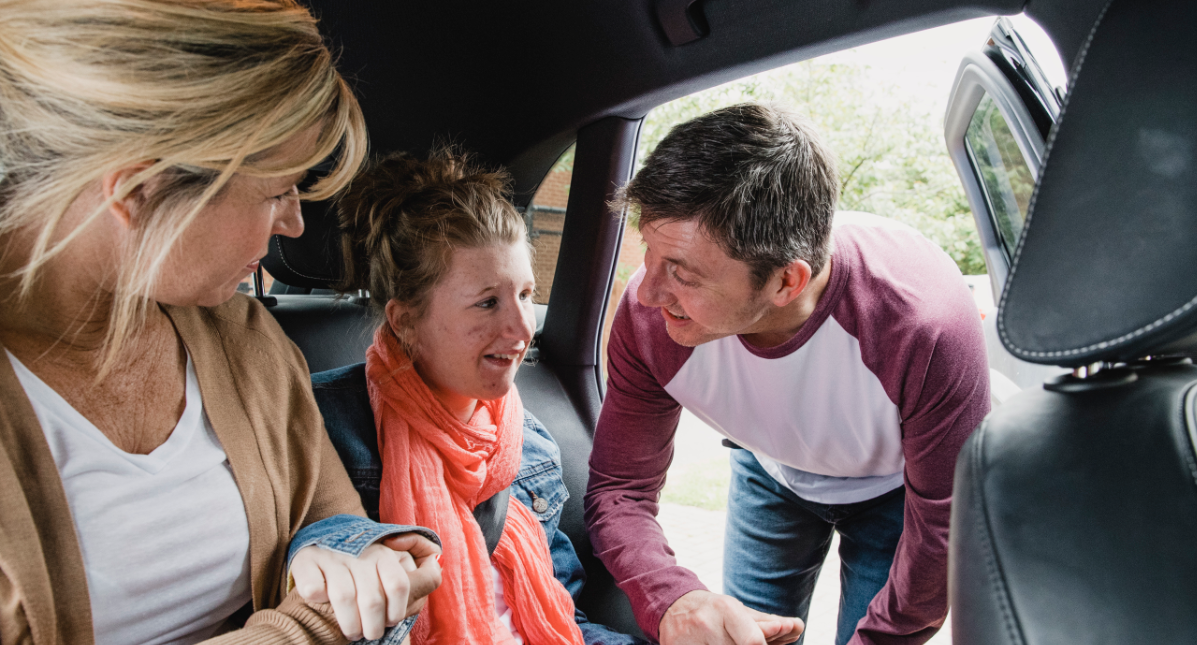 For parents of children with learning disabilities, it’s the question that cannot be shirked. It's a question that will eventually demand an answer, even though for some simply contemplating it is gut wrenching.

“What happens to my adult child when I’m too frail or exhausted to go on caring for them?”

Supported living has for some time been an increasingly favoured option, with its backers suggesting it offers more freedom and independence than residential care. The transition seems like a monumental change, both for the child and the parents who may have devoted much of their lives to caring for them. So, how can this upheaval be managed without leaving a learning disabled adult feeling lost and confused?

Martyn, 20, who has dyspraxia, dyslexia, and a learning disability, left home last year to move into supported living at a flat in Cornwall through Advance Housing and Support Limited. Sue, his mum, says it was her son’s idea to leave, and their relationship has improved since the change.

Sue, who lives just five minutes away from her son’s new flat, said, “You’ve got the support staff there to support him. Then when I see him we can go out and have fun and do things together.” Sue admits that looking after her son, who needs round-the-clock support, had become “hard work” before he left. “I had to take him everywhere and do everything with him and help him because he doesn’t remember. Part of his learning difficulty is that he doesn’t retain information.”

To make the transition smoother for Martyn, members of the Advance Housing and Support Limited team visited him at the family home a number of times. Supported accommodation has given Martyn a newfound independence, including more opportunities to socialise. Martyn has become close friends with Lee, 26, his neighbour, who lives in the same supported living complex and has Asperger syndrome, learning disabilities, and attention deficit hyperactivity disorder (ADHD). Other ways in which Martyn socialises are through a youth club and a club for remote-controlled car enthusiasts.

Accompanied by support staff, Martyn attends classes at Café Chaos, in Truro. Café Chaos works with disadvantaged and vulnerable people to offer them hospitality and catering experience in the kitchen and front-of-house. As well as improving his cooking, the experience has equipped Martyn with more financial awareness. As part of his development, the staff hope to build his confidence so that he can get the bus to the café alone.

Keith Smith (Head of Consultancy with the British Institute of Learning Disabilities) says with the independence it brings, supported living in a new environment can be “exciting and appealing”.

This is not to say that it works for all families with a learning disabled child: “For others, it’s the last thing on earth that they would want, and particularly those who have been home stayers. We have to recognise the home stayers, for a whole load of different reasons as well — some through choice. Others because families are very certain that that’s the best way that people can be protected and supported by someone who knows them well. For these families moving out, while their adult son or daughter stays in what was the family home and is cared for through an individual budget, may work really well”, said Smith.

Smith, a former social worker, stresses that happy living arrangements are a crucial part of protecting quality of life for adults with learning disabilities.

“You’re looking at all the issues — about who is offering the support to get the right support, be that staff or whatever. That’s about relationships, getting on with each other and having shared likes and dislikes,” he said.

It's far more common for the adult son or daughter to go into a new supported living environment than for parents to move out. Often, adults with learning disabilities continue living at home with their parents; to parents, there seems to be few other options designed to protect their loved one’s quality of life.

Residential care is engulfed by periodic abuse scandals such as those at Winterbourne View in Gloucestershire, and the Atlas Project Team, Devon.

In a recent social workers' report, even supported living was described as having an institutional-like culture, with residents in bed by early evening, and a 2007 report by the Joseph Rowntree Foundation found supported living was “indistinguishable from residential care”.

While people with learning disabilities were in control of everyday activities such as what to wear, eat, and how to spend their time, they were denied more fundamental choices. Choices over where they lived, who they stayed with, and who they received support from were made by commissioners or managers: not the people themselves, the report found.

Some parents believe that their adult child will undoubtedly receive the best care from their family, whilst others are proactive in exploring different options. Smith believes that there is no clear cut answer as to what decision parents should make: “I have seen lots of people in lots of different housing circumstances have fantastic lives".