Multiply marginalised due to being a mixed race, autistic woman, Mette writes for Learning Disability Today about how she experiences a world that wasn't built for her. 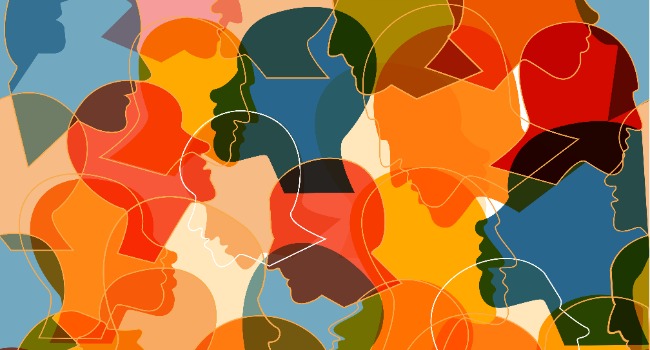 Intersectionality is a term coined by law professor Kimberlé Crenshaw to explain how several identities can compound each other and create a new kind of oppression.

As a mixed race woman with autism, I have three identities that give me unique lived experience that a white man with autism would not have. I experience disadvantage on account of my gender, neurodiversity, and race. Crenshaw helps to explain this by discussing he the concept of “injustice squared” . What is meant by this is that I go through something different by having a three-part identity. For many marginalised people who have multiple difficulties, intersectionality is a really useful way to describe how different parts of you can be discriminated against at one time. I have often felt like I could only experience racism or sexism, but once I realised I could experience racism and sexism simultaneously (sometimes understood as “misogynoir”), I had a better understanding of my own marginalisation.

"Being mixed race and having autism presents vast differences from the Caucasian and neurotypical hierarchy and while I can’t control how I am perceived, I can listen, learn, and advocate for myself and others like me".

Autism brought something new into the mix. As something I only learnt about after a challenging adolescence, I spent a lot of time looking back on injustice and inaccessible spaces that didn’t accommodate my needs or the needs of other neurodiverse people. My childhood involved years of sensory overload and unexplained meltdowns, the day-to-day triggers often being found in shared spaces like school, shops, and the dinner table.

I was diagnosed with autism aged twenty-one. As a woman, this kind of late diagnosis is not unusual; a culture of overcompensating with certain behaviours to offset symptoms is a typical response to unexplained childhood difficulties.

Autism came as a confirmation for something that had been presumed for years by my close family. I wasn't surprised by the news and, in a way, it came as a relief. At a similar time in my life I met my black grandpa for the first time. I was suddenly confronted by both my ancestry and my autism, and found myself thinking about how both those identities interact.

I was first made aware of my black heritage when I brought home a form from school asking students to: “tick your ethnicity”. I am one quarter black, a second generation mixed race kid. I find it useful to think of the royal baby Archie as an example of my heritage in the public eye. His racial identity has become a global point of speculation, a child widely recognised as being a (baby) of colour who’s “made history” and brought melanin to Buckingham Palace.

I remember having a conversation with my parents about which box to tick. After a walk-to-school discussion we settled with “Mixed: Other”. By the very nature of the terminology I became something separate from my white friends and teachers. Children are honest and will point out difference without a second thought. I would comb my hair to be slick with product to make it less frizzy and I was endlessly conscious of my full lips after a friend pulled her mouth to imitate mine. When we learnt about the slave trade, I would be asked for my opinion and my white friends would think it was safe to use racial slurs around me. I wasn’t surprised when they decided to go to a party in blackface; to be quite honest, I expected it. As a child, it felt confusing. As an adult, it is insulting.

Box-ticking is something I’m all too familiar with. “Do you require any reasonable adjustments?”

Until I had my diagnoses, I was reluctant to respond to this question. Whilst labels are complicated, it felt validating to answer with some kind of authority. Whilst my autism remains something I rarely disclose due to judgement and disbelief, it can make things a little easier to ask for help.

Being mixed race and having autism presents vast differences from the Caucasian and neurotypical hierarchy and while I can’t control how I am perceived, I can listen, learn, and advocate for myself and others like me.

What does it mean to be understood as neurotypical and received as white?

By functioning in the neurotypical world I benefit from a lot of spaces that weren’t designed with cognitive difference in mind and, by often passing as white, I am accepted in white spaces without fear or discrimination. I’m not comfortable in the white, male, and neurotypical world that we are all born into, my identity doesn’t align with any of the criteria and my needs aren’t met or listened to.

But beyond the erasure, dismissal, and ignorance, I am enormously privileged. By looking and sounding like the majority I am given countless opportunities and access to spaces that are so often shielded from minorities. And yet I’m still in negotiation with my identity. I’m still struggling to navigate the world, and I’m still left with discrimination times three.

I am living through intersectional autism, something I’m both tied down by and infinitely proud of.

METTE is a writer, collector, and curator working at the junction between print, audio, and interdisciplinary projects. Receiving an autism diagnosis at age twenty one she has a vested interest in representation and accessibility.