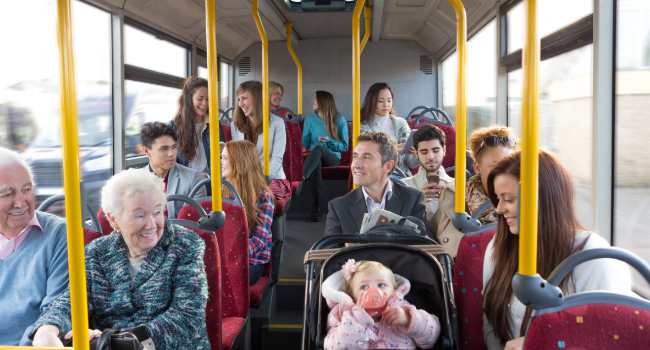 Disability charity United Response launches their Am I Your Problem? campaign which aims to challenge the indifference, hidden discrimination, and sometimes outright hostility faced by people with learning disabilities and autistics.

"I want to say to narrow-minded people that we are human, have feelings and do exactly the same things that they can do.”

The Am I Your Problem? campaign is in response to new data* highlighting the prevalence of discriminatory attitudes in England, Scotland, and Wales.

In light of this, the charity is calling on the general public to seriously consider how their interaction and behaviour can harm people with learning disabilities or autism, dent their confidence and, at worst, completely ostracise them from society.

Paul Christian, who has a learning disability, is backing the charity’s campaign and is featured in its campaign video:

“I may have a disability but I am still human. I get stares and what I call the ‘the evil eye’ because of who I am", says Paul. "Because of people doing these things, it makes me upset and I feel ‘closed in’.

“I hope Am I Your Problem? gives clarity to people and educates them. People with learning disabilities are the same as anyone else and should be treated with the same respect. I want to say to narrow-minded people that we are human, have feelings and do exactly the same things that they can do.”

As part of the campaign, people supported by the charity have helped to create a six-point ‘charter’ of how to support someone with a disability in the local community:

1. Don’t stare - Many people with a learning disability or autism get stared at all the time, and it can make them feel uncomfortable and unwelcome.

2. Treat people like adults - A lot of people get spoken to like they are children, even when they are well into their adult years.

3. Treat people like human beings - Talk to people with respect and kindness, not hostility or suspicion.

4. Be patient - Some people with a learning disability or autism might take longer to communicate what they want, and it can be stressful when someone is showing signs of losing their patience.

6. Question your own behaviour - A lot of people have reported that even health professionals can be guilty of doing some of the things we’ve just described. Even if you work with people with learning disabilities or autism, you should still question if your behaviour is making someone feel uncomfortable.

“Our ‘Am I Your Problem?’ campaign sets out to show that people with learning disabilities and autism are not the problem in our society. The problem lies with the minority who think it is acceptable to commit conscious acts that demean disabled people.

“There is also a wider problem – an underlying ignorance displayed by a number of people who still feel awkward and uncomfortable around people with learning disabilities and autism. Highlighting this lack of understanding is the starting point to promoting a greater understanding and acceptance among the general public to change behaviours and empower people with learning disabilities to be fully included in their community.

“Our findings highlight how a widespread indifference and prejudice is leading to some of society’s most vulnerable people regularly being discounted and going unnoticed within our communities. Worse still, too many people with learning disabilities are being treated as inferior, bullied, mocked and patronised. If left unaddressed, these deeply saddening attitudes could spiral into hate crimes against people with disabilities. Our own research shows that disability hate crimes in England and Wales soared by a third last year.

“This hidden discrimination is taking place in a number of different settings. This is why we are also calling on businesses, employers and schools to educate their staff, pupils and customers on how to interact with people with learning disabilities and involve them in society. Non-disabled people need to become the solution, not the problem. We want to see a society which is open to all and gives everyone a fair chance in all walks of life. We hope others share that vision too.”

*Survey of 1,000 people across England, Wales and Scotland