Today Parliament’s Joint Committee on Human Rights (JCHR) condemns the “horrific reality” of conditions and treatment under which many young people with learning disabilities and autism are detained in mental health hospitals, “inflicting terrible suffering on those detained and causing anguish to their distraught families”. 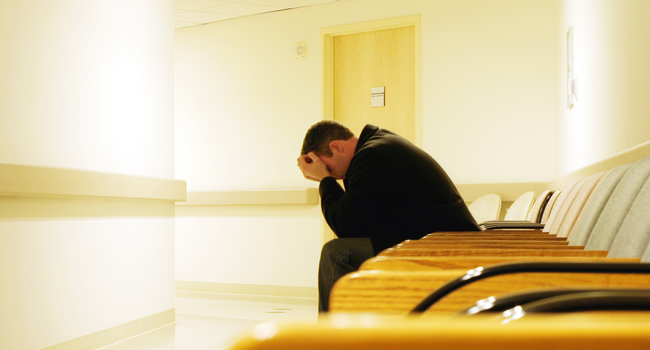 Evidence to the inquiry into the detention of young people with learning disabilities and/or autism was so “stark” and consistent that the Committee says it has “lost confidence that the system is doing what it says it is doing and the regulator's method of checking is not working." A Committee report published today said it has been "left to the media" to expose abuse and "no-one thinks this is acceptable.”

"A regulator which gets it wrong is worse than no regulator at all”.

In relation to the Care Quality Commission, the Committee finds that “a regulator which gets it wrong is worse than no regulator at all”. Too often families of those with learning disabilities and/or autism are considered to be the problem when they ought to be the solution. Families must be recognised as human rights defenders.

The report contains out a series of distressing witness testimony to the inquiry.

As one young man with learning disabilities, Witness A, described to the inquiry: "I did not know what was happening. Looking back at it now, it does not feel real. It feels like some sort of nightmare. It was not a safe place. It was not a treatment room. I got no assessment or treatment done. There was no care. I was just put in this room, and I lay there and went to sleep."

"He had his arm broken in a restraint, the right humerus bone. His arm was wrenched up behind his back until the bone snapped. He was then not taken to accident and emergency for 24 hours, even though his arm was completely swollen." - Mother Julie Newcombe whose son Jamie was detained for 19 months

“My son was kept in seclusion for up to nine hours at a time. The rule was that he could not leave until he was quiet. With his anxiety and sensory presentation, there was no way this was possible. He started to bang his head against the wall and would bite the wood in the doorframe out of desperation.” Anonymous parent quoted by Julie Newcombe in oral evidence

A "predictable" pathway to detention

The Committee describes the “grim”, predictable pathway to inappropriate detention in these potentially “brutal” circumstances: Early family concerns raised with the GP or school lead to lengthy waits for assessment and diagnosis while the family struggles on alone, trying to cope. Then some trigger – a home move, a parent falling ill – unsettles the young person and their condition deteriorates. Professionals meet to discuss what should happen but parents are not included. The child is taken away from their home and the familiarity and routine so essential to them, often many miles away and placed with strangers. Desperately concerned parents are treated as hostile and as a problem.

Under these conditions, the young person unsurprisingly gets worse and is then put through physical restraint and solitary confinement - which the institution calls “seclusion”. As the child gets even worse, plans to return home are shelved. The days turn into weeks, then months, and in some cases even years.

The Committee states it has no confidence that the Government’s target to reduce the numbers of people with learning disabilities and/ or autism in mental health units. The biggest barrier to progress is a lack of political focus and accountability to drive change. A Number 10 unit with Cabinet level leadership is required to urgently drive forward reform.

“This inquiry has shown with stark clarity the urgent change that is needed and we’ve set out simple proposals for exactly that. They must now be driven forward, urgently.

“It has been left to the media and desperate, anguished parents to expose the brutal reality of our system of detention of people with learning disabilities or autism.

"We must not look away. The horrific reality is of whole lives needlessly blighted, and families in despair. What we saw does not fit our society’s image of itself as one which cares for the vulnerable and respects everyone’s human rights. It must not be allowed to continue.”