In 2016, the UK government launched a groundbreaking drive to reduce the use of psychotropic drugs for people with autism and learning disabilities. But recent figures show that while prescribing rates for antipsychotics have fallen since the campaign’s launch, antidepressants, hypnotics, and stimulants have all risen. 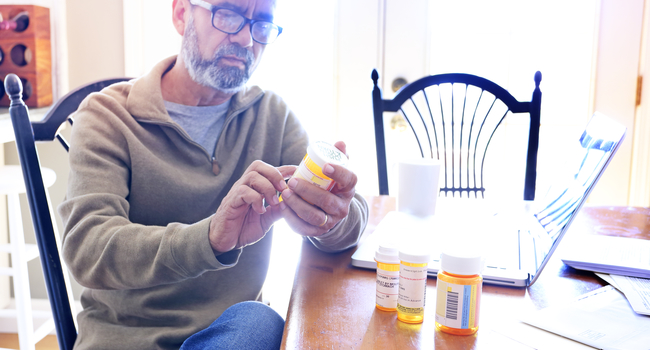 Autistic blogger James Sinclair, 25, has no doubts about the value of the Ritalin he has been taking for the last 12 years. Sinclair, who also has attention deficit hyperactivity disorder (ADHD), says it’s a “crutch” and that he would struggle to function without it.

“I know I’d struggle with even being able to drive if I didn’t have Ritalin. I just think if that was taken away from me it would be life altering.”

But prompted by campaigning focused on the lives of people with autism and learning disabilities in long-stay hospitals, three years ago NHS England (NHSE) launched an initiative to decrease medication use. STOMP, whilst stands for 'stopping over medication of people with a learning disability, autism, or both' was a key policy designed to tackle an institutional culture of drugging and secluding people who sometimes considers themselves vulnerable.

The move went hand-in-hand with the emphasis in the transforming care initiative on getting people out of institutions and back into communities where they could lead more fulfilling lives.

However, recent figures published by Public Health England (PHE) appear to show STOMP has had mixed results. PHE say the overall prescribing trend for adults with learning disabilities taking antipsychotics changed from “an increasing to a decreasing one, following STOMP”.

For the same group, the prescribing trend for antidepressants went from “an increasing to a nearly level one” after STOMP’s introduction in 2016. PHE says statistical modelling suggests that by the end 2017 around 300 fewer adults with learning disabilities were being prescribed antidepressants “than would have been the case if pre-STOMP trends had persisted”.

The use of anti-anxiety medication also fell after STOMP. The antiepileptic drug prescribing rate dropped slightly in younger adults aged 25 to 44, but increased for those aged 65 and older. Around 82% of adults with learning disabilities given antiepileptics were being prescribed one of the subgroup that have antimanic properties, such as valproate, lamotrigine, and carbamazepine.

While on the face of it STOMP’s aims may be laudable, Sinclair believes great care should be taken before a decision is made to wean people off medications they have been on for years. Sinclair, who runs autisticandunapologetic, said he was concerned about adults coming off medication and being “left hanging”, especially those with autism who may struggle to adapt to any major change.

But while the statistics may suggest some very marginal success for STOMP among adults with learning disabilities, it seems prescribing trends have been harder to crack among autistic children and young adults (0 to 24-year-olds).

Antipsychotics showed no sustained trends, while for antidepressants “there was no obvious change in the rising trends associated with the STOMP programme”, says PHE. Hypnotics, or sleep medications, showed a steeper increase after STOMP for autistic children and young adults. Stimulants, which include ADHD medication, rose “steadily” throughout the campaign.

Children and over medication

Sinclair, from Manchester, says when young children are involved it’s important that any therapeutic approach is balanced and offers more than just drugs. But as with older adults, when medication is removed it must be replaced with another form of therapy.

Sinclair added: “So, if you’re going to stop doing that (prescribing medication) you need to look at the condition as a whole. You can’t just essentially let someone fall through a gap when you take away that thing they have relied on for so long.” Beth Morrison, who runs charity Positive and Active Behaviour Support Scotland (PABSS), believes STOMP’s success has been more limited with children because schools demand parents use medication.

Morrison said decisions over medication should be left to medics. She added: “Since when did these people become psychiatrists and doctors themselves that they’re insisting that children with conditions like autism and learning disabilities, and particularly ADHD is a big one, that they will only have the child in school if they have been medicated?”

Morrison, who is leading a judicial review to reduce the use of restraint in schools, has a 20-year-old son with epilepsy, cerebral palsy, autism and learning disabilities. She says the only medications she uses for her son are the sleep hormone melatonin and an antiepileptic. Morrison says her son needs melatonin because sleeplessness causes his seizures to increase. Morrison says she is not against “anything that helps a child”, but opposes schools insisting on medication.

The need for medication

Natasa Blagojevic, an advocate with biomedical charity Thinking Autism, said she was “dismayed” by the increase in prescribing rates for stimulants and sleep medication for autistic children and young adults. She said studies show autistic children are more vulnerable to a range of physical illnesses like infections, gut problems and allergies, that can often be the underlying cause of challenging behaviour.

In a statement, she added: “Published literature as well as the lived experience of hundreds of families we support points to unidentified yet potentially treatable medical conditions being the underlying cause of difficult and challenging behaviours in children with autism and/or learning disability. Yet, tragically in most of the cases where a child presents with severe challenging behaviours various medications such as stimulants and hypnotics are prescribed to ‘manage behaviours’ instead of investigating causes of such behaviours.”

Emma Parker has a unique perspective on medicating children in the classroom. As well as being a special educational needs teacher, she has three sons James, 13, Ben, 12, and Alex, 10, with a range of difficulties.

James has attention deficit hyperactivity disorder (ADHD), pathological demand avoidance (PDA), which is a proposed subtype of autism, and sensory processing disorder (SPD). Parker says Ben and Alex are both on the pathway to an autism diagnosis. The 39-year-old teacher, from Durham, who is the National Education Union’s special educational needs and disability (SEND) campaigner, said any decision to medicate must be made in the child’s best interests.

Parker, whose eldest son is medicated for his ADHD and is given melatonin for sleep, added: “I think children should have the opportunity to be medicated with consultation.

Learning Disability Today does not necessarily endorse organisations that have been interviewed for features.