An autism-friendly Aladdin production demonstrated how going out can be stress free when the audience are enlightened. 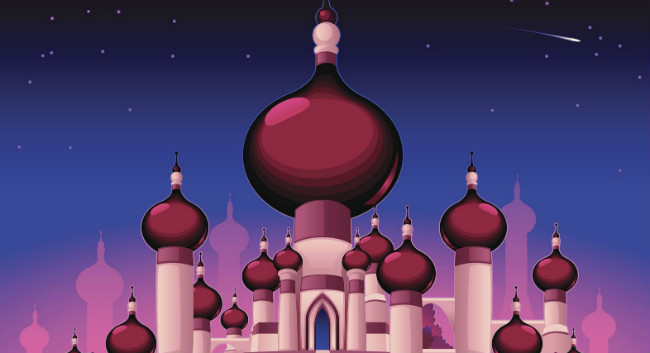 We were turfed out onto the street the last time we went out to a show as a family - but it was still one of the most relaxing and enjoyable experiences we've had together this year.

It was my first experience of an autism-friendly show. A West End theatre full of people with autistic spectrum conditions and other learning disabilities along with their carers. We were there to see a relaxed-performance of the musical, Aladdin.

I bet you've heard tutting when someone struggles with a sweet wrapper in a cinema or theatre. It's stressful all round, isn't it? Because the break in audience silence is so obvious. Well, imagine a performance where the sound of a wrapper being crunched is drowned out by lots of other noise.

My son Stan doesn't have autism. He has Down's Syndrome. But my knowledge of autism is increasing. 90% of Stan's school is made up of pupils with an autistic spectrum condition. I'm a governor of the school so I want to improve my awareness of autism. Some of Stan's behaviour can, at times, be challenging in similar ways to some people who are autistic. Not everyone with autism makes noises but it’s fair to say that many do. My Stan can make some interesting sounds as well. I’m interested in how we, as a society, deal with that. Many people stop and stare. I’d like them to just accept and look away.

Back to the theatre. There was lots of noise, but the stress levels were almost obliterated because of that noise and because everyone was expecting it. I imagined we were back in Shakespeare's day when the audience would shout and talk to each other in loud voices whilst the play was being performed in front of them.

Next to us sat another family. The mum told me that they had been to a traditional theatre and her daughter had made some very low-level noises. She was asked to curtail her activities. That put the family in a very difficult position, I was told. 'What were they supposed to do next?' I’m glad to report that the same family had a great time at Aladdin, partly because the staff at the Prince Edward Theatre were all trained up on how to be relaxed and groovy with people who have autistic spectrum conditions and a range of learning disabilities.

Even when someone set off one of the fire alarms - and we were turfed out onto a Soho street half an hour into the show - it all just felt part of the day's activities. Central London folk were confronted with thousands of people with autism, other learning disabilities and their carers – along with staff from the National Autistic Society and the theatre - all having a good time. It was powerful stuff.

Stan loved it because he adores noise. The noisier and louder the better. So, even though this was an autism-friendly show, it was just right for Stan.

No one judged. No one tutted. Everyone had a great time watching a fantastic show.

And then we went home and a few people on the train were put out by Stan's behaviour. Others found him endearing but, as usual in public, I had to be on my guard. What a contrast to the show. Quite apart from anything else, as a carer, I found the autism-friendly performance to be one of the most relaxing things I've ever done with Stan.

Steve Palmer's Down's with the kids book, blog and podcast can be found here.