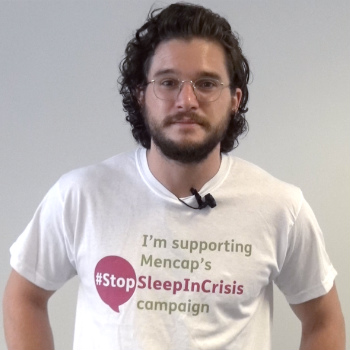 The star of the cult fantasy drama series Games of Thrones has taken on a very personal mission, calling on the UK government to foot a £400 million bill to back-pay sleep-in carers.

Following a tribunal ruling that carers should be paid the national living wage for shifts they have done over the last six years, the learning disability sector, led by Mencap, have maintained that it can't afford to do so.

Now Kit Harington, who plays Jon Snow in the American series, has called on everyone to sign Mencap's new national petition asking the government to step in.

Harington, who's cousin receives 24 hour care from Mencap, said: “Many of the providers of this essential, ‘sleep-in’ service, face bankruptcy."

“And some of the most vulnerable people in our society will be left without care, without hope and without an independent future.

“Stand with Mencap and stand with the incredible people our colleagues support and care for every day."

The Prime Minister said last month government were "looking carefully" at the issue and last week it was confirmed they would not pursue the money from the sector from August 15th as originally planned.

However, HMRC will resume the task of extracting the money from the sector in October unless there is a change in policy.