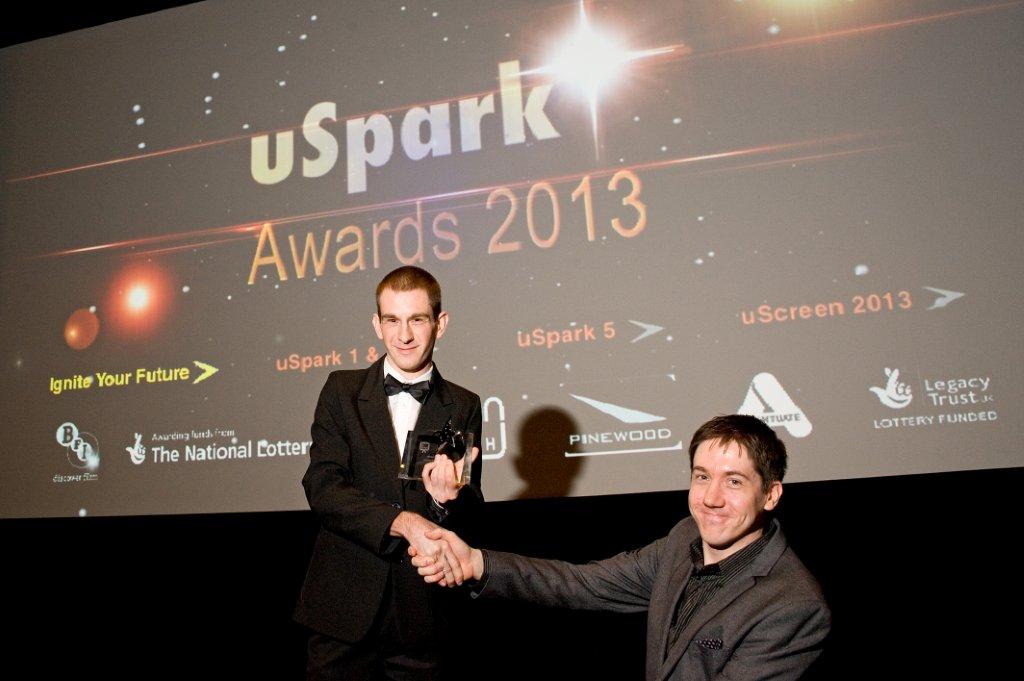 A filmmaker with learning disabilities has received the uScreen Best Film Award 2013 for his short film about the inspiration his big screen hero, James Bond, has had on his life.

Thomas Kitcheman, from Bradford, beat more than 100 other online entries in the uSparks Shorts competition for his three minute video illustrating how his idol has inspired him.

Thomas, who is supported by learning disabilities charity Hft, was presented with his award at the end of last year by former EastEnders actor David Proud at a special ceremony at Pinewood Studios. After receiving the award, he said how he was inspired by the 007 series and "would like to be James Bond, even if it is just for a day".

His mother, Joanne, added: “Thomas has always been a shy character and creating this film has really brought him out of himself. It has improved his confidence and helped him to become more articulate.

"He has been involved in every stage of the project so he also learnt some new skills. It has been a lot of hard work but Thomas has enjoyed every minute of it and he has been beaming from ear to ear ever since he won.”

He was supported to put his film ideas together by Viz-Able, Hft’s digital photography group that runs as part of its day services in Bradford with support from professional photographer Tony O’Connell.

Hft area manager, Andy Waller, said: “[Halifax company] The Mill Group contacted us about a film competition for young people with a learning disability and we could see straight away how beneficial this could be.

"When Thomas Kitcheman came forward with his enthusiastic ideas for a film, it was clear that this quiet unassuming young man was going to really benefit from the experience of telling his story through using film. From his involvement of developing his story, through to filming and editing the finished product, it has been clear that the whole process has proven to be incredibly valuable for Thomas. We have seen him visibly grow in confidence and self-awareness, and it is so fulfilling to see him glowing with pride with having his unique story told on film."