Imagine seeing and tasting a favourite song as well as being drawn to its familiar melody. This is how those with synesthesia — a condition where the senses are joined — can experience the world. Darren Devine reports. 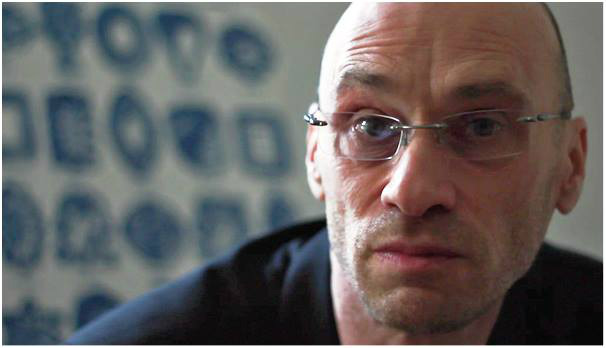 To James Wannerton my name, Darren, conjures the flavours of tinned carrots and I use lots of words, like ‘say’ and ‘said’, that taste ‘bacony’.

"Psychologists at Sussex and Cambridge universities showed both people with autism and those with synesthesia experience heightened sensory difficulties. Common to both groups were problems with sounds and lights and a heightened ability to focus on details."

Wannerton not only hears, but tastes sound. His condition, synesthesia, is woven into every aspect of his life —  even down to choosing his partners by how delicious their names taste on his tongue.

For Wannerton the name of his current partner, Anna, is rich with the flavours of ham with a “nice creamy sauce over the top”.

He said: “Synesthesia has always played a part in my private life. All my friends at school, for example, have got nice tasting names.”

Wannerton added: “Girlfriends, for example, always used to have nice tasting names, otherwise I wouldn’t be interested. It was a massive part of the attraction.”

Though Wannerton’s strand of the condition mingling sound and taste is relatively rare and affects just 0.2% of the population he maintains we are all positioned somewhere on the synesthetic spectrum.

He points up the work of psychologist Wolfgang Köhler, who in 1929 showed the human brain automatically links shapes with sound.

In their experiment people were asked to link either a curvy or a jagged shape to the words kiki and bouba. The researchers found 95% to 98% people linked bouba to the curvy shape and kiki to the jagged one.

Studies suggest as many as 2% to 4%, or up to one in 25 people, may have some form of synesthesia.

Wannerton, 59, who lives in Stuttgart and Blackpool, said: “My own personal take having spoken to thousands of synesthetes over the years is that we’ve all got this to a certain degree. It’s just that I’m more attuned to picking up the stimuli."

“It’s like people can look at somebody’s face and notice a tiny minute twitch in the corner of their eye and detect that they are lying to them.”

The condition comes in many forms as it can combine any of the senses with a second triggered after the first is activated.

Reports suggest there many be as many as 60 to 80 subtypes, but not all have been documented.

Grapheme-colour synesthesia, which involves seeing letters and numbers in different colours, is the most common form.

But the condition can also cause sight to trigger texture, smell to produce sound or link flavours and shapes.

Recent studies have pointed up the possibility of a common neurological thread between autism and synesthesia.

Wannerton’s personal experience has left him convinced there is a link. Though never diagnosed, he admits to struggling with autistic traits.

“I’m okay on one-to-one funnily enough, but whenever there’s any more than two or three it tends to cause overloads.”

Wannerton, who is president of the UK Synesthesia Association, describes an overload as akin to a panic attack and suggests it seems similar to what people with autism endure during a meltdown.

Physically it causes the top of his head to get hot and leaves him feeling like he wants to be alone for half an hour.

He says another of his autistic traits is that professionally he has always gravitated towards roles that demand limited interaction — he now works in IT.

Last March a group of psychologists at Sussex and Cambridge universities showed both people with autism and those with synesthesia experience heightened sensory difficulties.

Common to both groups were problems with sounds and lights and a heightened ability to focus on details.

Later research led by the same psychologists found synesthesia was far more common in autistic savants — or those with special talents in areas like maths, memory and art.

Lead researcher James Hughes found 10% of savants also had synesthesia, which the psychologists suggest is about seven times higher than the rate in the general population.

However, the researchers found the rate among those with autism who are not savants was no higher than in the general population.

Though it was previously thought only around 10% of autistic people had savants skills, the researchers at Sussex suggest the figure is as high as 30%.

The researchers, whose work is funded by the Economic and Social Research Council and the European Research Council, are now studying why synesthesia is so much more common in savants.

Hughes said: “What we’re finding is that there might be a bunch of different traits that are linked there.

“One of them is to do with sensory sensitivities. Sensitivities to light or sound or touch. And one of the current explanations is that if you’re more sensitive to this environmental stimuli you’re more likely to develop these savant skills.”

Earlier studies pointing to higher than average levels of synesthesia in the general autistic population were likely to be skewed by the presence of savants in the sample, the researchers believe.

However, professor Julia Simner, who also worked on the papers, said they can’t rule out the possibility that synesthesia is more common in those with autism who are not savants.

The study sample was small with 103 participants and featured only high-functioning autistics. Understanding how common synesthesia is across the autistic spectrum is difficult because of the problems those at the severe end have in conveying how they experience the world.

Professor Simner said: “We didn’t find any difference in the group without savant skills, but you can miss things statistically in science sometimes.

“So maybe it’s possible that a larger sample might detect a slightly elevated level, even if you don’t have a savant skill.”

Image: President of the UK Synesthesia Association James Wannerton, who though never diagnosed has always struggled with “autistic traits”.