Beverley Dawkins on a new report that says families of people with profound and multiple disabilities should not still have to battle for equality...

The role of public services is "to help people, no matter how complex their disability, to live full and equal lives in their local communities". So said the 2001 white paper, Valuing People. 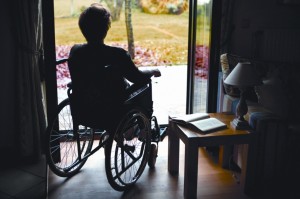 Following its publication, Mencap, in partnership with the Foundation for People with Learning Disabilities, convened a group of voluntary sector organisations and formed the PMLD Network.

Together we wrote a response to theValuing People white paper. We predicted that unless there was aspecific focus on the needs and rights of this disadvantaged group,they would remain excluded.

Over the ensuing years that predictionproved to be largely accurate, with many families of people withprofound and multiple learning disabilities (PMLD) holding the viewthat, far from things improving for them since Valuing People was launched, some things had actually got worse. It seemed that although the intention had been to be inclusive of all people with learning disabilities, the actual experience of most people with PMLD and their families was very different.

However, in 2009 theDepartment of Health (DH) launched Valuing People Now, whichacknowledged that some people, particularly those with complexneeds, had been missing out. It made "including everyone" apriority for the next three years and set out the intention tocommission a report on good practice in providing services topeople with profound and multiple learning disabilities. The DHcommissioned Professor Jim Mansell to carry out this work and hisreport, Raising Our Sights, was published in March.

The PMLD Network has contributed to the development of the report by meetingwith Mansell to give their views on the issues and also byassisting him with his call for good practice examples. I personally had the opportunity to visit some of the families andservices whose stories have helped to shape the recommendations inRaising Our Sights and some of whom are featured in theaccompanying video.

What is particularly welcome about the reportis that while it does indeed set out some inspiring examples of good practice, it does not duck the experiences of the greatermajority of people with profound and multiple learning disabilitiesand their families. The report clearly sets out the evidence which demonstrates the complexity of people's needs, the lack of familysupport and the reasons why people with profound and multiplelearning disabilities remain some of the most marginalised peoplein our society.

Raising Our Sights gives the strong message thatthe current government agenda on personalisation is most certainlythe right direction of travel to meet people's needs. Case studiesillustrate that good services are person centred, treat the familyas expert, focus on the quality of staff relationships with theperson, sustain the package of care and are cost-effective.

However, the report also describes some serious barriers that mustbe overcome. These include specific obstacles, such as thedisincentives to provide suitable housing, the problems encounteredin using wheelchair services, and the shortage of further educationplaces. There are other more fundamental barriers such as fundinghigh cost support, especially in the current economic climate.

There are two striking things about the families whose packages aredescribed in this report. The first is that to get the packages inplace, families had to have both ability and determination todemand a better life for their son or daughter, and indeed forthemselves. Sometimes this fight had been driven from the badexperiences of using other services. Others were driven by thesimple belief that there must be something better than what was onoffer.

We can only applaud their energy and persistence. But people should not have to fight for their services, and let us make nomistake, there are inevitably costs to their physical and emotionalwell-being in having to do so. Not all families can take on thatfight and they should not have to.

Second, there were examples offamilies who had been fortunate to get the support of health orsocial care professionals who worked with them to get the packagein place. For example, the primary care trust that pays fundingdirect to the family and did so well before anyone had evenmentioned health budgets.

It was heartening to hear onefamily say they knew nothing about the health and social caresystem at all, indeed English was not their first language and theyfound it all quite bewildering. But because the CHC assessor hadtaken on the role as their bridge to all of that, they got whatthey needed for their daughter. They trusted the assessor and weredelighted with the way she thought flexibly and creatively aboutthe best way to meet their daughter's needs and then helped them toput everything in place. In my experience, these people are few andfar between. But what a difference they make. Isn't this theaccount of services that we really want to hear from all families?

Following the DH commissioning research on prevalence, it is nowestimated that there are just over 16,000 adults with profoundintellectual and multiple disabilities in England. Jim Mansell saysin his report that "the fact that this is a relatively small,easily identifiable group with undeniable needs for support shouldmake improving services easier". While the current economic climatemay be difficult and affect the pace of change, he suggests thatthis should not change the direction of policy and practice, and Iwould urge you to read his report for its inspiring examples ofgood practice and clear recommendations.

Beverley Dawkins is national officer for profound and multiple learning disabilities, Mencap and chair of the PMLD Network.

"The major obstacles to wider implementation of policy forpeople with profound intellectual and multiple disabilities areprejudice, discrimination and low expectations. I have called this report Raising Our Sights because I believe that we can achieve considerably more for this group of people than we have in the past." Professor Jim Mansell

"Victoria is a woman without words. But if she doesn't get what she wants she can challenge! She is nearly 40 now, but in her 20s she was unhappy with the people she shared with. We were told Victoria must go into a nursing home as she has health problems and it was 'far too dangerous' for her to have her own place. I pointed out that when she had been in hospital, they were the ones that had nearly killed her. We knew what we wanted, a bungalow to share with a friend. We found one, we fought for it and got it, but the doctors washed their hands of us. My background was social work and I knew about campaigning, but it was all such a struggle. Everything was a battle, from getting a tenancy for Victoria, to getting her the right support. But we made it. We still have to fight sometimes. When her friend died the council wanted to move in a six foot four man with autism. They saw it as a 'placement', we saw it as Victoria's home. We thought she should choose who lived with her and we won that argument. Now she happy and settled and she is a role model for others who want to live independently."  Jean Willson